Every year, the popularity of photoepilation is gaining momentum – according to statistics, about 80% of women and men around the world get rid of excess “vegetation” on the face and body.

Photoepilation is the effect on the hair follicle of a flash of high-intensity light. The energy of the light pulse first heats the hair bulb, and then finally destroys it. The destroyed bulb no longer nourishes the hair, and it falls within 10-14 days after the procedure.

Photoepilation is a universal method, because it allows you to effectively remove hair in any part of the body, including areas of increased sensitivity, such as face and deep bikini. The uniqueness of photoepilation consists in its painlessness and safety along with high efficiency.

Procedures for photoepilation must be performed several times, depending on the structure and color of the hair and the area of ​​exposure, as well as the individual characteristics of each individual. This is due to the fact that, like any light method, photoepilation acts on the hair only in the active phase of growth, at this time it is maximally colored and visible on the surface of the skin.

As a rule, about 10-20% of hair is in this condition, therefore the procedure requires repetition. The interval between the sessions of photoepilation is an average of 1 month. 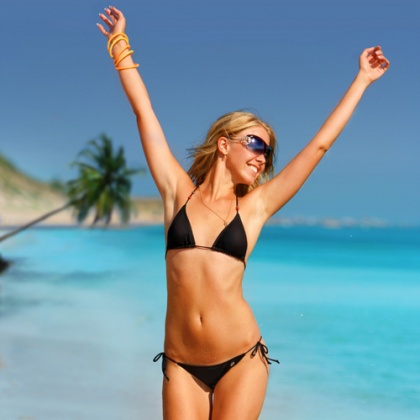 So, you decided to take a course of photoepilation. Now for you the main thing is to choose the right salon, which will be able to render this service highly qualified. It must be remembered that the procedure for photoepilation requires the participation of experienced specialists who have received special training in working with the equipment used, as well as high-quality equipment of the highest level of safety.

Before going to the salon, ask what equipment will be used for the procedure. Look at the information on the Internet, in what other countries and clinics it is used. Ask to show you the certificates and registration certificates for the devices issued by the Federal Service for Supervision in Health and Social Development. Unfortunately, some salons use equipment without the above-mentioned documents. Their absence indicates that,

Also, when choosing a salon, you should worry about promises forever and radically solve the problem of hair in just a few sessions. Remember – this is impossible, since the light of the device affects only the hair, which is in the phase of active growth. Such hair at one time on the skin only about 10-20%, and a full cycle of changing all the hair on the body takes about 2 years. In addition, about 30% of the hair follicles are in a “dormant” state and should only grow after a few years. Therefore, it is possible to remove only (70-90%) of the hair, and after a few years a certain part of the hair is likely to grow, but there will be much less, and they will be thin and barely noticeable.

Mon Amie– a network of beauty studios, working only on professional cosmetology equipment. Mon Amie partners are official distributors of large European manufacturers of cosmetology equipment. If you tried the procedure of photoepilation in other salons and did not notice the effect or if you first want to undergo this procedure, but doubt its effectiveness, take part in the action and evaluate the effectiveness of photo-epilation on the Crystal-512 device for free!

Along with photoepilation, the procedures for thermolifting and express weight loss VIP Line are

very popular among Mon Amie visitors . Thermolifting is a unique method of non-surgical skin tightening of the face and body, allowing you to look much younger immediately after the first procedure. For the procedures of thermolifting, an instant visible effect is characteristic that increases with time: the skin of the face and body becomes elastic, wrinkles are smoothed out, including in the eye area. There is a correction of the oval face and a decrease in the second chin. Customers just do not believe their eyes! The effect, stable in time, persists for 2-3 years or more, while the technique is absolutely safe and painless.

Express slimming VIP Line– Now you can achieve a noticeable slimming effect much faster than even with the most intense physical training: after the first procedure, the body volume in the area of ​​exposure is guaranteed to decrease by 2-5 cm or more, after a full course – by 1.5-2 times! In just 20 minutes of the procedure at VIP Line you will get the result, visible to the eye and measured in centimeters, in almost any desired area!

Until February 15 in the beauty studio Mon Amie in Novosibirsk special prices for thermolifting are operating: the cost of thermolifting the zone “all face” – 1100 rubles, the zone “face + neck + neckline” – 1500 rubles! Sale of season tickets at the price of shares!