The friendship between Abbi and Ilana, who are also BFFs in real life, is arguably like nothing else on TV. Think about it: the Girls girls pretty much hated each other by the end while Absolutely Fabulous, Gossip Girl, and Friends are completely unrealistic in almost every way.

And don’t even get me started on the Sex and the City crew, who as much as we all love them, often seemed to be interrupting one another or subtly tearing each other down. Abbi and Ilana, on the other hand, exist in a world that’s almost uncomfortably real – after all, who among us hasn’t tried to take a nap in the office bathroom or flown into a rage over some missing Bed, Bath Beyond coupons? – which makes their genuine chemistry and love for one another all the more inspiring.

Okay, so mostly a lot of don’ts. But arguably the most important thing the show has provided its viewers with is a model for healthy, supportive, fun female friendships that last into adulthood.

When you’re younger and in school, close friendship is easy. You see each other basically every day whether you want to or not, you know all the same people, you’re probably both broke, and your lives are more or less following the same path. Once you graduate, and then begin a career, romantic relationship and/or family, all bets are off. It’s easy to forget about the importance of friendship when you have so many other obligations, but at the same time, having friends is crucial to your happiness and well being. In fact, according the the Mayo Clinic, adults with strong social support have a reduced risk health problems like depression, high blood pressure and an unhealthy body mass index.

Which is why, for all its hilarious hijinks, what I appreciate most about Broad City, which returned last week for its fourth season, is the lessons it teaches on how to be a true friend, even – and perhaps especially – when situations get hairy. Here are a few of the lessons to learn from the show.

Be proud (not jealous) of your friends.

When your best girl’s personal life and career seem to be suddenly blossoming while yours still looks more or less the same as it did five years ago, it’s normal to feel a little jealous. But if you let that feeling fester, it can drive a serious wedge between you and your friend. Instead, try to channel it into pride, as Ilana does when Abbi sells her first drawing, screaming at a bank teller “8k!

And you know how she got it, dude? This b*tch, right here, drew this illustration, and a sexy ass new dating website bought it for $8,000!!!” Meanwhile, Ilana’s own finances are low enough that she’s getting notifications about it from her bank.

Okay, so the dating website in question turns out to be racist, which obviously isn’t cool, but the takeaway is that, if you can find it in yourself to be truly happy for your friends to the point that you’re bragging to strangers about it, then their successes become your successes.

Show your support by showing up.

Abbi and Ilana are constantly attending each other’s life events, both big and small, even when it’s not 100 percent appropriate for them to do so. But what gives you more confidence than having your best friend by your side? Nothing. Whether it’s an old friend’s wedding in Connecticut, a hurricane hunker-down, or an unfortunate party at their boss’s apartment, make it a point to be there physically for your friends, even as life gets increasingly busy.

You know who screws up a lot? Literally everyone. Personally, I’m beyond thankfully my friends are the forgiving type, because I’ve done a lot of dumb, screwed up stuff in my life. I feel slightly better about these mistakes, because Abbi and Ilana – or, at least, their fictional alter egos – have made ones of similar magnitude, like the time Ilana thought she was locked out of her apartment, which left Abbi with nowhere to change her clothes before her big art gallery (er, sandwich shop) debut.

This results in them being sexually harassed by a creepy locksmith, then getting pepper sprayed, before Abbi is forced to perform parkour and Ilana spills lotion all over her bag containing her only change of clothes. Oh, and did I mention Ilana had the key in her bra the whole time? Needless to say, Abbi is pissed, but she eventually forgives Ilana because that’s what friends do. Thank god.

Treat yo’self (and your friends).

Despite the fact that, for most of the show, they’re both broke, Abbi and Ilana are very good at treating themselves and each other every now and then. From an ill-fated birthday meal for Abbi at a fancy restaurant to a similarly ill-fated one for Ilana on St. Mark’s place, the girls dote on one another in a way that’s not all that different from a boyfriend.

After all, why shouldn’t you treat your friends with the same love and affection you would a man?

This is especially key as you and your crew begin making more money. Saving for stuff like weddings, down payments, and other big life things is undeniably important, but so is having fun.

When the going gets weird, good friends stay put.

Everybody has stuff in their lives they’re not proud of. Whether it’s an oddball family member or an embarrassing thing that went down in high school, none of us is perfect. So when a friend exposes their dark underbelly to you – as Abbi does to Ilana when they visit her home in Pennsylvania and discover she once took up a collection fund for an injured friend and then forgot to fork over the dough because she was too busy getting high – be cool and don’t run for the hills. Do as Ilana does and remain (mostly) calm, before helping them overcome the whole thing. If you’re lucky, there may even be a rare Beanie Baby in it for you.

It’s okay to be obsessed with each other.

One great thing about growing older is that you have a pretty good idea of what you like, and that applies to people as well as, say, food, shoes, undergarments, movies, jobs, and sex positions. There’s no reason to waste time hanging around with people you can’t be yourself around or have nothing in common with, and there’s also no point in pussyfooting around the fact that you’re obsessed with your best friend.

Abbi and Ilana’s affectionate relationship occasionally borders on over-the-top – like that time when Ilana screams at the top of her lungs over Abbi drunkenly friend-kissing someone other than her – but, hey, life is short. Show your girls you love them.

There’s nothing wrong with a little mystery.

Having people around who know seemingly everything about you is great, even though they occasionally dredge up memories you’d rather forget, like, for example, that time you browned out and threw a full cup of beer across the table because you lost a game of pong. But, as in romantic relationships, there’s nothing more fun than surprising your friends every now and then, especially when they think they’ve got your number.

The iconic episode in which Abbi gets wasted, drags Ilana to a speakeasy, and transforms into her apparent alter ego (a confident, smoky-voiced chanteuse named Val) is an extreme example of this, but why not surprise your friend by showing up to yoga when she thinks you hate exercise or suggesting a night out after she accuses you of becoming a homebody? After all, there’s nothing more fun than freaking your friends out. 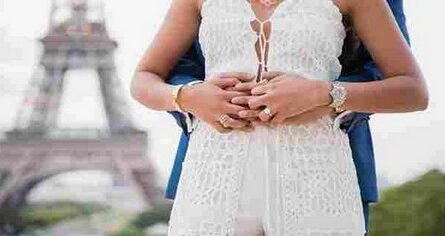 8 Things You Should Do Immediately After Getting Engaged