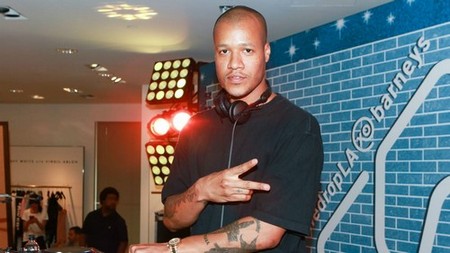 Last fall, when fashion’s adoption of the streetwear-beloved “drop” release method had just begun to accelerate, Barneys demonstrated that, for a luxury department store, it had its finger pretty close to the pulse by launching a new event called The Drop in partnership with Highsnobiety. For one October weekend at its Madison Avenue flagship in New York, the retailer released collections from a bevy of streetwear and streetwear-adjacent brands every hour on the hour. Guests could also mingle with designers like Virgil Abloh (who also DJed), Heron Preston and Jerry Lorenzo and get tattoos from JonBoy and piercings by J. Colby Smith, as well as take in panel discussions on relevant topics. The event both illustrated how devoted some of these designers’ fans are – given their willingness to trek all the way uptown to see them – and perhaps even signaled a turning point for the industry with “drops” being embraced by a legacy retailer like Barneys.

Since then, drops have become even more pervasive – standard, even – and Barneys doubled down on the strategy by bringing its The Drop event to its Beverly Hills flagship this past weekend. It made sense: Los Angeles’s distinct and vibrant streetwear scene, anchored by stores like Union and 424 on and around Fairfax Avenue, has been gaining steam recently thanks to buzzy brands like Fear of God and Adaptation and new locations by retailers like Kith and Bodega. 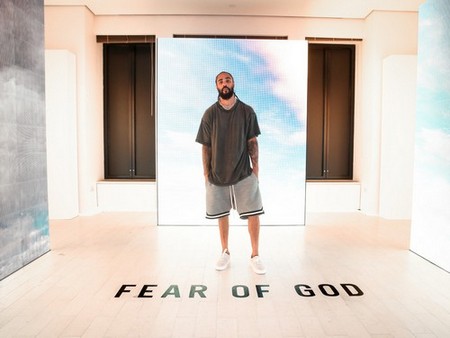 This time, the retailer had more than just designer appearances and drops – which all took place at 10 a.m. Saturday morning instead of being staggered throughout the day – to entice shoppers. All five of its floors featured some type of branded installation or immersive experience, and not just by streetwear brands: There was a Fila pizza parlor, a Prada Pachinko Parlor, a digital cloud installation by Fear of God, a large blue moon sculpture inspired by Heron Preston’s forthcoming NASA collab, a Birkenstock “park” serving Moon Juice, a fine jewelry bar with live butterflies, a Balenciaga-branded raffle to support Everytown and even a roller skating rink with Gucci, Versace and Fendi branding. Saturday culminated with a surprise performance by (a portion of) Wu Tang Clan.

Some of these very Instagram-y installations were more popular than others: We only really saw children on the skating rink; guests seemed to tire of the Pachinko parlor pretty quickly and the Fila pizza parlor drew decent lines (perhaps by virtue of it being the only real free food), but we did spot many shameless photo shoots taking place against Fear of God’s hazy digital screens. Another multi-brand space designed by Neon Saltwater with dreamy pink lighting featured a large mirror that seemed more popular for taking selfies than trying on clothes. But that’s not to say people weren’t shopping: Cashiers were busy, especially near a vast sale section filled with discounted goodies. 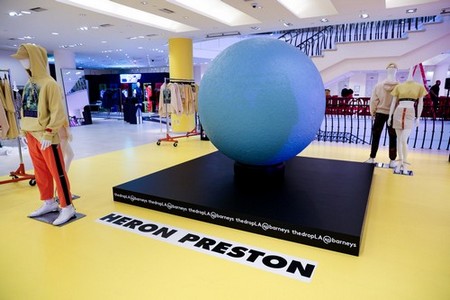 But according to Tomm Miller, Barneys’s EVP of Marketing Communications, The Drop is not really about making money. “It wasn’t a sales-driving event,” she told me Saturday afternoon with the LA event in full swing. “Our goal was to engage with our current customers and also drive new customers.” To that extent, it was successful: Over 12,000 people showed up, half of whom were new Barneys shoppers, according to Miller.

In LA, guests had even more to experience without spending a dime. Miller said the retailer took its “best learnings” from the New York event and applied them to this one. One example was that guests were very into the one brand installation that the New York event did have, which is why it focused so heavily on installations in LA. And with all the drops taking place in the morning, guests would hopefully stick around and interact with them – and maybe share the experience on social media. “In creating those brand engagement moments, social media is going to come out of it naturally. We didn’t create these kind of ‘Instagram moments,'” said Miller when I asked if social media engagement was the goal of the many installations. “That absolutely came out of it and was important for us, but that was not the goal.” 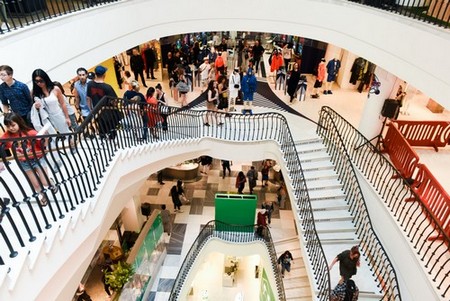 Inside Barneys during The Drop. Photo: BFA for Barneys New York

The event also allowed Barneys to tap into the engaged fandoms of the featured designers, many of whom have Instagram followings in the hundreds of thousands. “Working with them, we definitely want to tap into some of the people that are their fanbase and their followers to come to these events and experience these unique activations,” said Miller. “Seeing Heron Preston do a DJ set or Jerry Lorenzo in a fireside chat, these are the kinds of experiences the customer is looking for.”

Similarly, the designers themselves welcomed the opportunity to engage with their fans and customers. “It was cool to just connect with the youth,” Preston told me of the New York event. “I think it just creates this closer kind of bond and connection with my fans that they don’t normally get to do on a daily basis, so I think that creates a special form of access that only Barneys is really doing now.” 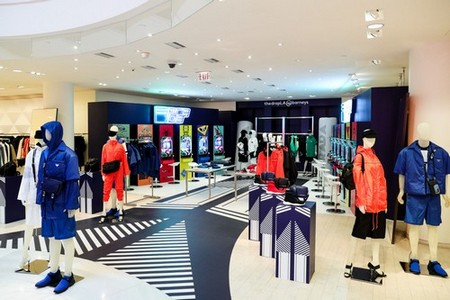 For some, it was also an opportunity to engage with a new customer base. “Being exposed to the Beverly Hills crowd at Barneys, it’s totally a different audience,” said Guillermo Andrade, the founder of LA retailer and brand 424, who dropped a Tupac collection for the occasion. And for Fear of God’s Lorenzo, it was an opportunity to support his relationship with Barneys who he says has “been super supportive of them,” and to represent LA. “This is our backyard. There’s a lot happening and being birthed here in LA, it was important for us to represent our city,” he said.

For Barneys, and retail as a whole, the event underscored the importance of simply thinking outside the box and innovating to stay relevant. “I think it gives Barneys a place in culture, relevancy,” said Preston of The Drop. “I think going above and beyond is what young people are responding to most – doing things that are new and different and making it feel fresh.” 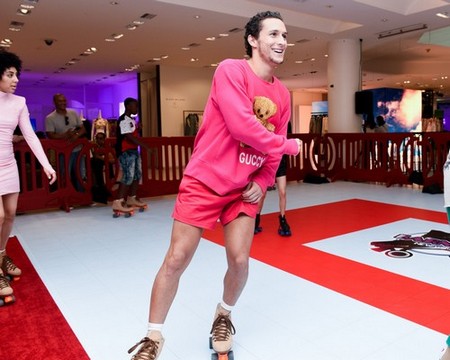 Miller isn’t sure if The Drop will continue after its stints in the country’s two biggest fashion capitals, but if not, expect other experiential methods of engaging younger customers in-store. She said about half of Barneys shoppers under 35 shop in-store (the other half online), “so we know they want to come here they want to experience it.”

“We’ll have to see what the next iteration of The Drop or something else like it will be, but we definitely won’t do anything that is exactly the same.” 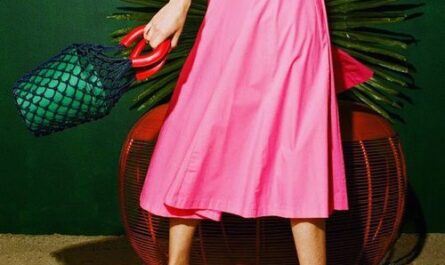 The Comfy, Silk Camp Shirt Maria Wants to Live in All Summer

Get shopping ahead of next year’s weddings