It’s a rare privilege to see the future stars of fashion right at the moment they go stellar, but GLAMOUR got a sneak peek at the judging – and announcement – of the winner of H&M’s Design Award 2019 at Soho House in Berlin.

Fashion design is one of the fiercest and most competitive elements of the industry with thousands of graduates jostling for only a handful of jobs… Setting up their own label can be equally tough mentally, physically and financially, with just a few names making it to the big time. But as the industry wakes up to the fact we need to nurture emerging talent, prizes like H&M’s are invaluable for both their monetary support, mentorship and the exposure they afford new names.

Since 2012, H&M have been making good on their commitment of developing future fashion talent by hosting an annual design award. This year, ten fashion design graduates from around the world eagerly awaited the the news to see who, out of five hundred entrants, would walk off with a €25,000 prize.

From colleges in England, Korea, Belgium, Italy, Finland, Germany and The Netherlands, the young designers showed off their BA and MA collections for a chance to win those euros and a six month paid design internship at H&M’s head offices in Sweden. 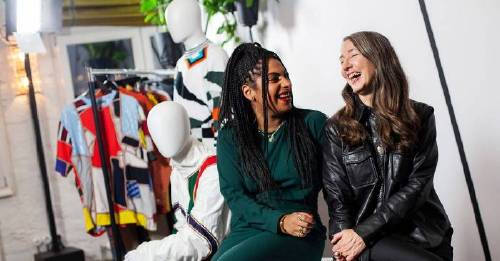 Previous winner, Richard Quinn, now the hottest ticket on the London Fashion Week schedule (remember when The Queen rocked up to the frow of his show in February with Anna Wintour in tow?) used his winnings to set up a studio space. The idea of the prize is that the winner can shore up the creative side of their label with practical business back-up and gain knowledge of how to build a business during their placement.

This year’s judging panel includes fashion writer Charlie Porter, broadcaster and blogger Camille Charriere and last year’s winner, Stefan Cooke (also a name to note), who had the tough task of deliberating who should taken home the prize, after being talked through each designers inspirations. I’m blown away by the creativity – and commercialism – of all the collections. There are pieces that could be lifted straight off the rails in the judging room and on to the pages of Glamour or the racks in Dover St Market. Inspirations for the designers range from one contenders’ hometown culture of craft to black queer vogue ball culture in early Nineties New York and female Kurdish freedom fighters. It’s eclectic all the way.

After an intense discussion between the judges, at 3.45pm, London-based Priya Ahluwalia is pronounced winner. Praised by H&M’s Creative Advisor Ann-Sofie Johansson for “pushing forward new ways of creativity,” Ann-Sophie feels that by making Priya’s upcycled collection the winner makes a statement that “sustainability is serious. We can send a message that it is possible to take steps and make sustainability fashionable. We fell for the playfulness and the seriousness of the message of her collection.”

Priya’s menswear designs are full of the results of research into the second-hand clothing trade and reflect designer’s own dual Indian-Nigerian heritage. Using found garments and knitwear, along with traditional Indian craftwork, the judges felt her collection respected tradition while always looking forwards. The first thing the winner did? “I called my mum. She screamed and then she cried!” The majority of Priya’s collection is made from found garments. “One of the shirts is made from stuff my mum wanted to throw out and I even put up an Instagram post, ‘Has anyone got any clothes they want to get rid of, preferably sportswear or denim? Hit me up!’ My friends and their boyfriends donated to me.”

What are Priya’s goals? “If sustainable fashion becomes more mainstream then it becomes more accessible.” While there is a serious message in her deisgns there is still time for fun and there is an award to celebrate. “It’s my friend’s birthday on Saturday and I might take over her karaoke party! Milkshake by Kelis is my song, every time.” 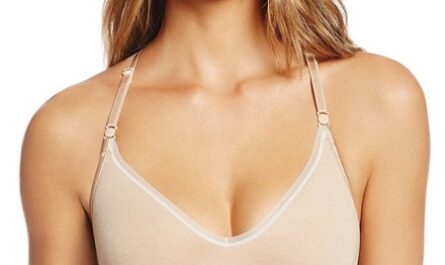 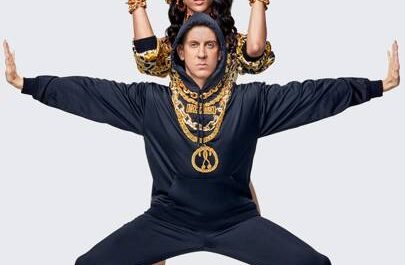 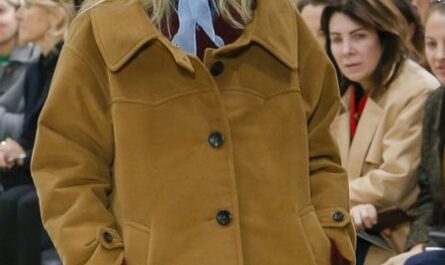