Dan made his debut at the fashion event of the year, being among the first of many A-listers to grace the prestigious red carpet in what can only be described as an outfit that couldn’t be more Met Gala if it tried.

We’re talking dramatic puffed sleeves, Cartier diamonds and pastel hues mixing shades of blue, green and pink with a beautiful portrait of a queer couple kissing featuring on his chest.

Dan Levy, aka one of our favourite celebrities on the planet, did what needed to be done on the Met Gala 2021 red carpet. The Schitt’s Creek star looked immaculate in a blue Loewe’s Jonathan Anderson and Cartier costume that we’re utterly obsessed with.

The artwork was a tribute to the late American artist David Wojnarowicz, one of the most influential LGBTQIA+ activists, who painted the original piece. 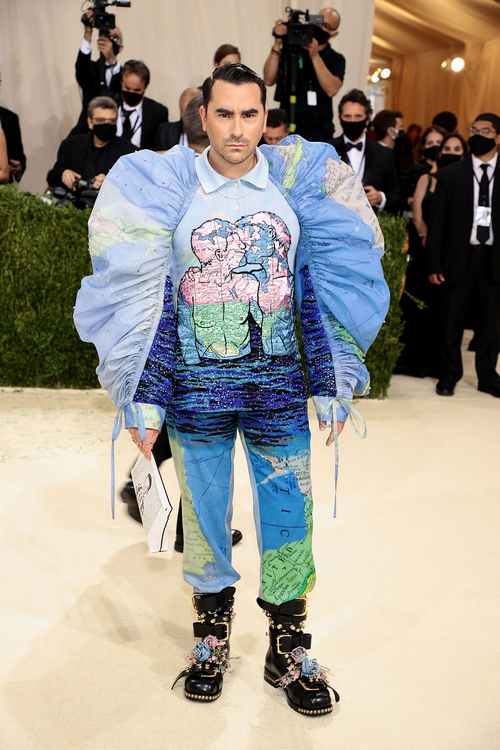 Inspired by the Costume Institute’s ​’In America: A Lexicon of Fashion’ exhibit and this year’s Met theme, Dan collaborated with Anderson to create a powerful ensemble that celebrates “the resilience and the love and the joy” of the LGBTQIA+ community.

Speaking to Vanity Fair prior to the event, the comedian and actor explained that he was most looking forward to people watching at the event.

“I’m a pretty introverted person, and I tend to avoid big parties, so this is really taking a big step out of my comfort zone,” he told the publication. “And I just keep saying to everybody, ‘I don’t know anyone there. Am I just going to be that person in the corner that’s just watching people and not talking to anyone?'”

He added: “But I’ve been assured by friends of mine who have gone that it is a far more kind of celebratory safe space than the intimidating world that I have been creating in my head.”

We’d definitely be nervous for our first Met Gala too, but something tells us he’ll be just fine. Especially with that costume! 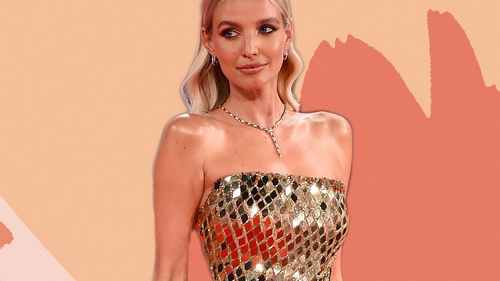 All the best fashion moments from Venice Film Festival 2021, including Anya Taylor-Joy and Leonie Hanne in EPIC highlighter hues

Looking for a one shoulder dress for summer?

Seriously, high-waisted trousers are the solution to making any outfit 10x chicer