No one knows how to throw a party like the Kardashians. Fact.

And Kylie didn’t disappoint last week, by throwing a major 21st birthday party (that even got shut down by police) before jetting off to Las Vegas at the weekend. In true Vegas fashion, at her star-studded bash, hosted at Delilah’s in Los Angeles, Forbes’ youngest self-made billionairehad more outfit changes than a show girl and left us gagging to win the lottery, like ASAP.

But now we can all get a piece of the hot-pink action, with the true unsung heroes of the budget -fashion world, Fashion Nova, unveiling their Kylie Jenner Birthday Behaviour collection – AKA dupes of every outfit she wore. 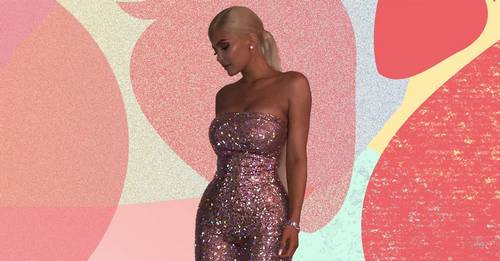 We can only imagine they’d been tipped off beforehand on what Kylie was going to wear, as their Instagram detailing the collection was put up before celebrations had even finished.

The collection involves three styles, including a pink sequin romper that bears a strong resemblance to the Swarovski-studded LaBourjoisie jumpsuit Kylie sported at her party, as well as a fuchsia satin dress which is pretty much an exact copy of Kylie’s Peter Dundas dress- without the hefty price tag.

Everybody was living for sister Kim Kardashian’s neon custom Yeezy dress (which some may say stole the show), so naturally, Fashion Nova took inspo and created us our own exactly-the-same version.

Obviously, people on social media were quick to call out the brand due to the uncanny resemblances of the garments, but none of the brands in question have responded as of yet.

Kylie and Fashion Nova already have plenty of history, with an entire section already dedicated to her on their site, containing over 190 looks – and Kylie’s even given them a few snaps in their figure-hugging clothes on her Instagram.

The Birthday Behaviour collection hasn’t been given a release date, which is slightly worrying for keen shoppers, given that Kylie’s birthday was now almost a week ago.

To top off the looks, Kylie was seen wearing a Martin Katz ring, valued at over £115,000 – so with all the money you’ll save buying dupes, maybe you can cash in and do the same.

When we can comfortably afford 70,000 Swarovski crystals we’ll definitely be buying the real thing, but until then- Fashion Nova here we come.

With wedding season well and truly in full swing thanks to our loved-up friends (and endless cousins, who knew we had so many?!), there’s usually one thing that flashes through all of our minds.

God I hate happy couples. What do you wear to a wedding?

With very little in the way of a wedding guest outfit rulebook (other than no white, obvs) there is relative freedom when it comes to putting together your look.

Midi lengths are still huge this year, while clashing patterns and vibrant, jarring colours have been updated with extra oomph this season. In fact, with white off the menu, we recommend experimenting with fabric as much as you dare.

We’ve rounded up our pick of the best wedding guest dresses so far below, and will keep it updated throughout wedding season.

If you’re after a bit more inspo, see the best and worst celebrity wedding attendee attire. Not a dress gal? These are our favourite wedding guest outfits for the season.

You Can Now Buy A Replica Of Meghan Markle’s Wedding Dress For Under $1,500