The Black Panther sequel, Wakanda Forever – only one of the most hotly anticipated movies in the Marvel cinematic universe – is currently filming. The major news? London-born actor Michaela has been confirmed as the newest cast member to sign up for the guaranteed-to-be-a-smash-hit film.

If you’ve been lamenting the Michaela Coel-shaped hole in our viewing schedules since her TV masterpiece I May Destroy You last year, we have some very good news for you.

We know and love the insanely talented Michaela since her Channel 4 show Chewing Gum in 2015, which she created, wrote and starred in. Her many other film and TV credits include Black Mirror, Been So Long and Star Wars: The Last Jedi.

But she really made a name for herself after writing, directing, producing and starring in the BBC1 hit series I May Destroy You – a harrowing exploration of sexual assault and consent in modern dating. The show went on to win two Baftas and four Emmy nominations. 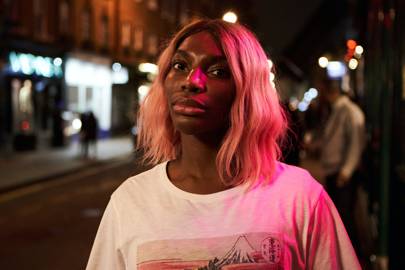 We cannot wait to see Michaela take Hollywood by storm in Black Panther: Wakanda Forever, and while character details are still being kept tightly under wraps, here’s all we do know so far… 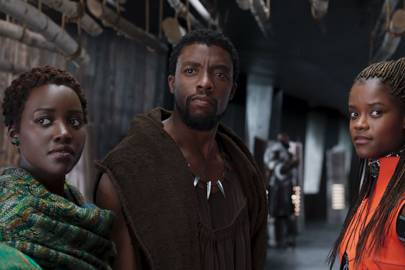 The Marvel Studios blockbuster Black Panther follows T’Challa (played by the late Chadwick Boseman), who becomes the King of Wakanda, a fictional African country, after the death of his father. As well as becoming king, T’Challa also claims the title of Black Panther.

Powerful enemies reappear and T’Challa is tested when he is drawn into a conflict that puts the fate of Wakanda and the entire world at risk. The young king rallies his allies and releases the full power of Black Panther to defeat the enemies that pose a threat to him, his country and the world.

Plot details for the sequel are still tightly under wraps – but Marvel boss Kevin Feige confirmed that they wouldn’t be recasting the character of T’Challa, after Chadwick Boseman sadly passed away from colon cancer in 2020. Feige said that Chadwick’s performance as T’Challa was “iconic and transcends any interaction of the character in any other medium from Marvel’s past”.

Details for Michaela’s character are top-secret for now too, but Variety reported that Michaela joined Black Panther franchise writer and director Ryan Coogler at Atlanta’s Pinewood Studios, where the production of the Marvel film began in June this year.

Who will be in it?

Additional cast members are yet to be confirmed, but it is likely that Danai Gurira, Letitia Wright, Daniel Kaluuya, Winston Duke, Lupita Nyong’o, Florence Kasumba and Angela Bassett will play out their original characters’ roles from the first Black Panther film in the franchise.

When will Black Panther: Wakanda Forever be released in cinemas?

Meantime we think this is a great time to rewatch the original film in anticipated of an epic sequel.

Bedding at Welsh retailers, so has the lockdown overstepped the mark?

The Dates For the 2024 Summer Olympics Are Set, and the Host City Is a Dream