Her words might sound extreme but actually, when you think about it, the concept of flight shame has many positives. It encourages each of us to take responsibility for the way we travel; it brings awareness and accountability to our rabid consumption of fossil fuels; and it makes us think twice about the future of our planet.

The Swedish have invented a word for the guilt people like me increasingly feel about their air travel. ‘Flygskam’, which literally translates to ‘flight shame’ in English, means being embarrassed of flying because you’re environmentally ‘woke’ enough to know – and care – that the consequences are detrimental to the planet.

I just did a calculation that made me feel so sick. I added up the number of flights and air miles I’ve accumulated in the past year to determine my carbon footprint. On my last trip to Brazil alone, to research an ethical clothing manufacturer, I racked up eight flights in eight days, totalling more than 17,000 miles. I’m supposed to be a sustainability blogger – talk about irony.

Originally championed by Olympic athlete Bjorn Ferry, it has blown up lately as teen activist Greta Thunberg, de facto leader of the global climate strikes by school children, has publicly vowed not to fly. Her method of travel, normally train, is like an emergency siren to those around her. Thunberg told the World Economic Forum in January this year: “I want you to panic. I want you to feel the fear I do, every day, and I want you to act. I want you to behave like our house is on fire. Because it is.” 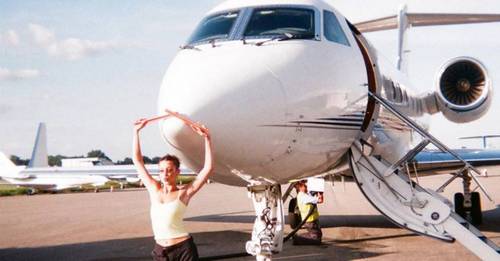 Venetia Falconer, sustainability activist and creator of #TalkingTastebuds podcast says: “I do all of these little sustainable things which I do think add up to making a big difference, but in terms of travelling, I’m aware that flying is one of the worst things we can do in terms of our own carbon footprint. I’m trying to cut back and do staycations as much as possible.”

Flygskam has become a counter-cultural environmental movement akin to plastic-free and veganism. As the message spreads, what was once a social norm (for the 6% of the world’s population who fly), is becoming socially unacceptable. Statistics show it’s working in Sweden, where there has been a decrease in domestic flights and a spike in rail travel. There’s now even a spin-off expression called ‘tagskryt’ which mean bragging about catching trains.

However there is another side to flygskam which isn’t so healthy. When the shame is projected by others, it evolves in a dangerous way. Rather than being a vehicle for self-improvement it can become a form of bullying; the chance to recognise where we can improve as individuals gives way to humiliation fuelled by those around us.

As social research professor Brene Brown said in her Netflix show The Call to Courage: “Shame is a tool of oppression. Humiliation and berating are tools of hurt. They are not going to be tools of change and justice. Shame is not a social justice tool.”

Zanna Van Dijk, a prominent lifestyle blogger and co-founder of the eco-friendly swimwear brand Stay Wild Swim, says: “The hate which I have received about flying has honestly broken me. It has been the most extreme I’ve ever had. It made me anxious to go on social media and not want to talk about sustainability at all, for fear of another onslaught.”

Yet flying isn’t necessarily the biggest evil our lives. Yes, aviation contributes around 2.5% to global carbon emissions, but overall the fast fashion industry contributes more to greenhouse gas emissions than international flights and maritime shipping combined. Furthermore, 85% of textiles end up in landfills or are incinerated when most of these materials could be reused and reloved. So why do people get publicly called out for flying but not for shopping on the high street? It appears we’ve created a hierarchy of shame with single-use plastic currently taking the top spot and no clear correlation between the amount of damage an action causes and the shame attached to it.

Flying is an easy target, I guess. It’s one that causes obvious damage and is, relatively speaking, easy to avoid. This makes it possible to shame those who fly, without considering their circumstances or what other environmental considerations they may have made. Personally, I try to offset each of my flights by planting native trees and I’m increasingly flying only when I feel there is justification to. I know this isn’t an ideal solution but it’s proof that I’m conscious of my own decisions and that ‘flight shame’ as opposed to ‘flight shaming’, can trigger effective personal change.

For others, however, the whole experience can be so crippling that they hide their true actions to feel less guilty. Falconer says: “I know environmentalists and influencers who just go offline while they travel because they don’t want to deal with the hate or the backlash from it. I don’t want to do that because I really believe authenticity is key and I don’t think any of us can be perfect.”

Transparency is a critical part of progression. Recognising our own mistakes shows a sense of responsibility and a genuine desire to change tack. So, here are my stats: in the past 12 months I travelled overseas nine times which amounted to 27 flights and over 43,000 miles. That’s almost twice the the circumference of the globe.

Yes, I have flygskam and I’m working on it. How about you?