Chances are, we’ll all be heading to the beach at some point this summer. But for some of us, the aim isn’t to soak in the sun, sea and sand. It’s to help clean up the millions of pieces of plastic waste that have been washed up on shores.

It’s currently predicted that eight million tonnes of plastic makes its way into the world’s oceans each year – and that’s on top of the 150 million tonnes that currently circulates the oceans. According to the United Nations, if this alarming trend continues, there’ll be more plastic in the ocean than there are fish by 2050. As well as taking up space, plastic is actually toxic to marine life, increasing the chances of disease and mortality as well as affecting reproduction.

That’s not to say we aren’t already taking steps towards reducing our plastic consumption. Plastic microbeads have been banned in the UK since 2018, and plans to ban plastic straws, drink stirrers and cotton buds has recently been announced, forecast to be implemented from April 2020.

As well as important legislative steps towards a plastic-free future, we still have a lot of cleaning up to do – starting with our beaches. A great way to get involved and to help is to join a beach clean up near you. There are a throng of charities that organise regular events, where you can come down and get stuck in, and can be incredibly rewarding as well as good fun. 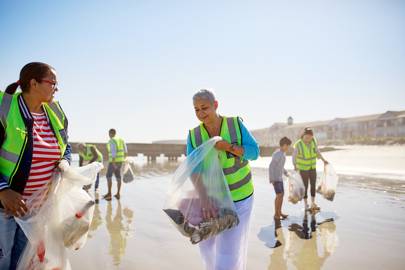 The Marine Conservation Society holds an annual beach clean up for the past 25 years. In 2018, 15,000 people headed to the UK beaches and collected 8,550 kgs of litter. On average, a staggering 600 items of litter on every 100 metres of beach that were cleaned and surveyed. This year’s event will be held on 20th – 23rd September – all you need is to find a beach near you and to grab your gloves! 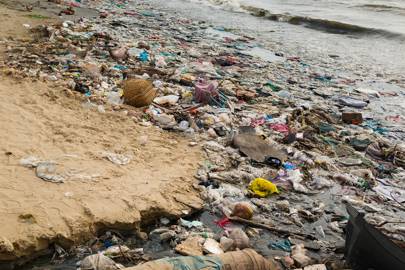 And don’t worry if you can’t do those dates – there are plenty of other organisations hosting clean up events. The National Trusts hosts year-round beach clean ups across 780 miles of coastline and Surfers Against Sewage has mini beach cleans around the UK as well as an annual mega clean.

But you don’t have to join a big group – really, we should all be doing our bit every time we go to the beach. If we could pick up 10 pieces of rubbish every time we hit the beach, it would make a huge difference overall. Go on, what are you waiting for!

Woman wearing MAGA hat is harassed at post office: Your president is racist