On my long list of careers I’d have loved to have pursued before this one, was video game reviewer. Can you imagine getting a shit-ton of games to play and then write about them?

That’s living the dream. Throw in a lifetime supply of Doritos, and I’m in heaven. Except, you’ve got to wonder how legit those reviews are. 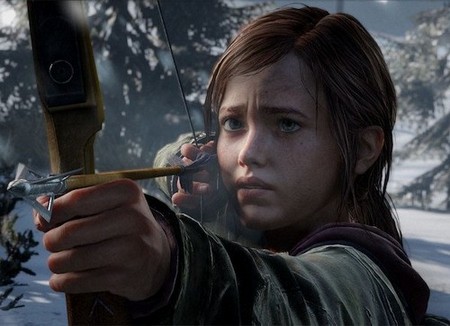 Sometimes, a game hits the market, and it’s got all the right people, saying the right things, but it actually sucks. Sometimes, you feel like you’re the only one who thinks so, and you wonder what’s wrong with you, so you pretend to agree with the general consensus, and declare a game awesome.Just be honest.

These games could have been mind-blowingly amazing, but they weren’t. It’s not fair for the critics to tell us otherwise, just to sell more units. 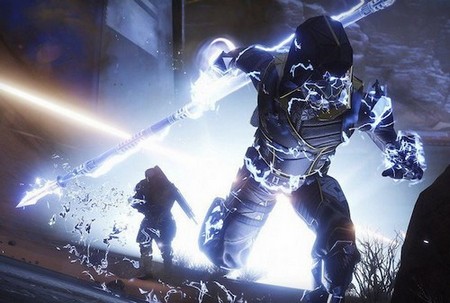 Bungie’s track record while a part of Microsoft was pretty good with the early Halo games, but when they became their own entity in 2007, their track record wasn’t so hot. Their first major release on their own was Destiny, and it wasn’t all that well received. Given that, they tried to knock it out of the park with Destiny 2.While it got great scores from the critics and reviews praising the improved story, mechanically, it was still the same game as its predecessor. There’s still the same boring fetch quests, the gun issues are still prevalent and the whole sequel plays as if it could have just been an expansion pack to the original game, rather than a brand-new experience in the Destiny universe. 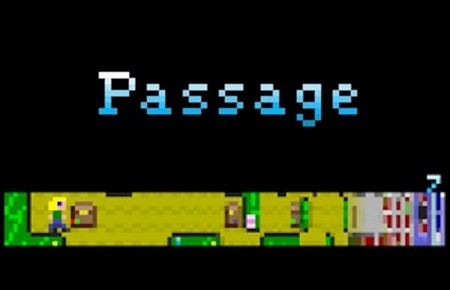 This was one of the first indie games to get widespread press back in 2007. Except, it’s not much of a game, really. Meant to be more of a “video-game-as-an-art-form” statement, the “story” has you going through an entire life in 5 min, within a side-scrolling platform. You can chose to explore mazes, gather treasure and become rich within your life, or you meet a female, and choose to be with her, and it limits your ability to get all the riches. You decide what “richness” looks like to you.While critics were overjoyed with the emotion and sophistication demonstrated in this experimental game, it’s not really a video game. It’s boring, ugly and short. And it’s not even fun, which is why we play video games in the first place.

To be honest, I hadn’t heard of this one before, but it was a first-person adventure exploration game released on Xbox One and PS4. Set in the year 1995, you spend the game exploring a house in rural Oregon, and unlocking journal entries to discover the story.Critics loved the richness of the graphics and it’s attention to 90’s nostalgia, but there’s no replay value, no narrative and no point. You’re just wandering around a old house, looking at stuff. There’s some foreshadowing, and it’s delightfully weird, but it doesn’t go anywhere.

It’s generally understood that the Call of Duty: Modern Warfare series changed online shooters for the better. The first two were fantastically engaging and amazing, but the same couldn’t be said for the third instalment. This was the first game in the series released after several heads of development left the company, and it shows. Critics and frat bros game the game high praise, but it doesn’t really deserve it.The scripting was poor and it didn’t really add anything new to the series for the story mode. On the multiplayer side, it was pretty much the same thing as in Modern Warfare 2. It’s as if the game was rushed into development to meet a launch date, but wasn’t polished enough. If you’ve played the first two, then you know that there’s sequences in the games that are gritty and devastating. Part 3 just doesn’t live up to that hype.

This is my favourite franchise of all time, and I’m ashamed to admit that I play it out of a sense of duty now, rather than enjoyment. The first games were amazing, and while each new instalment adds a new location to explore and some new tricks, it’s the extra stuff that just bogs it down. The hook is the open-ended parkour system and stealthy assassinations, all wrapped up in real-world historical events.Starting with Brotherhood, however, we started having to do extra work. There were tower defence min-games, skill trees, collecting things for an inventory we’ll never need and manage a team of assassins. Plus other than Altair, Ezio and Edward Kenway in Black Flag, the rest of the main assassins are kind of boring.Frankly, I just tend to go back to the first 4 games for fun.

While this is one of the most critically acclaimed games of all time (becoming the fifth game ever to get a perfect 10 score), it also upset a lot of fans of the series. The appeal of the game is the ability to wreck havoc in a realistic city and just go nuts. With GTA IV, the developers decided they wanted you to live in the city first, before you can terrorize it.This means that the opening hours of the game are very slow, as you have to work a minimum wage job as a taxi driver, go on lame dates and waste time on social media. You don’t really get your hands on a gun until 4 hours into gameplay. As well, a lot of the city is blocked off until you beat over half the game.That’s not fair play.

Released in 2014, this sequel was supposed to be a return to form for BioWare. While critics loved it, and the PC Gaming community raved about it, it wasn’t all that good. The combat was lacking and uninspiring and it just seemed like you’re doing the same attack over and over again.As well, the only difference between bosses and regular enemies, were their health bars – bosses had impossible ones. Tack that on to boring fetch quests and meh dialogue, and you’ve got a game that wasn’t as awesome as it could have been.

The basic premise of this game made it sound awesome, and the graphics were without parallel at the time, but the gameplay itself was lacking. Everyone heralded this game as the future of open world gaming, but there wasn’t much meat behind the striking visuals.Most of the criticism comes from the investigation and interrogation options, where it was more of a guessing game than a fine art. Also, you were penalized for killing civilians, when it would have been more historically accurate, if you could with impunity. This game could have been more badass than it was.

This might be sacrilegious, but while Halo 3 was an epic first-person shooter game with a wicked multiplayer experience, it was severely lacking in action and closure.People wanted to play this to see the end of Master Chief’s story, and in that respect, the campaign was too short. There were also too many open/empty spaces, where nothing happened, and the AI needed a hell of a lot of work. Then, ending it on a semi-cliffhanger was too sequel-bait-y for my liking.

When the Nintendo Wii launched in 2006, the game that got the most attention from critics and audiences alike was Wii Sports. It was meant to demonstrate all the possible experiences you could have with the Wii’s motion controls, but honestly, the game kinda sucks.Oddly enough, it was one of the top selling games of all time, as outlined on a post we did last week, but it just feels underdeveloped. Sure, the bowling is fun, but the baseball, tennis and boxing just felt like we were just flailing madly, to make the game work.This wasn’t as fun as it should/could have been.

Since the release of the first entry in 2007, this series has been a staple of every Playstation owner. While the visuals are stunning, the gameplay leaves a lot to be desired. While that’s pretty standard for the entire series, it seems like the third one got the brunt of it.It looks amazing, but the combat is the same mindless hacking and slashing over and over again, and there’s barely any character customization. Even worse, was the quicktime events that were the finishing moves to take down a boss. Somehow, pushing one button to take down a Titan, just doesn’t satisfy.

I’m not really into the Japanese RPG genre, so I’ve never played this one, but the general consensus is that it’s got some strange design choices that put people off. Most critics will tell you that Final Fantasy VII is one of the best, but fans will tell you otherwise.The classic battle system was redone, you could control less characters, and the story was incredibly confusing and overly dramatic.Plus the 1997-era 3D graphics look really dated and weird.

Because this was a PS4 exclusive, Sony fans were all over it, when this came out last year. Honestly, it was worth the hype, to a certain degree. It’s visually gorgeous and the character design is superb. It’s a shame that the story and gameplay aren’t as good.On one hand, it was terribly offensive in how it portrayed the fictional Native tribe, relying on cliche’s and stereotypes. As well, the gameplay was pretty much taken from the backend of the Assassins Creed franchise, so there was nothing new there. There were no discernible objectives and collectables, and the environments felt empty. It was gorgeous, but completely empty.

The original game was so radically amazing, that most people couldn’t stop playing back in 2009. The art style was gorgeous, and it was both a shooter and RPG that was uniquely put together. Of course, the developer would rush to put a sequel into development.While Borderlands 2 got a lot of critical praise in 2012, it was essentially the same game from 3 years prior. Sure, it was twice as big, with more weapons and enemies, but that also made it twice as boring at times, with all the repetition and whatnot.

I might get some flack for this, but this is a prime example of everyone loving a game that has a lot of flaws. When released, this was considered one of the best examples of storytelling in video games. The visuals were cinematic and the plight of Joel and Ellie drew you in. It was the gameplay that sucked.Most players found that it was just plain bad. It didn’t feel good to use weapons, you never had enough ammo and it just seemed ridiculously hard at times. It just seemed to be a poor episode of The Walking Dead, rather than a pioneering and genre-defining video game. 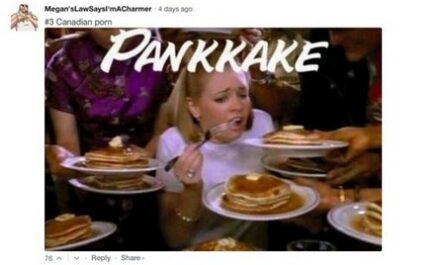 Top comments of the week 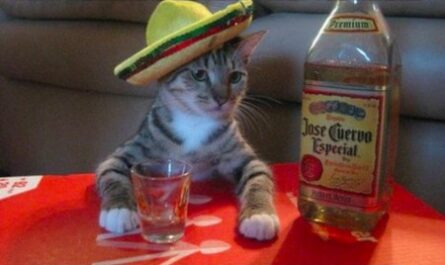 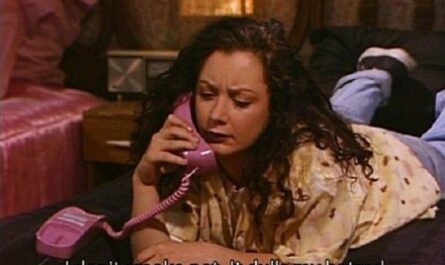