Launched in 2019, the brand has earned its stripes as major players in the luxury skincare and makeup space, launching eyeshadows, lip kits, a game changing moisturiser and serum, all with cruelty-free formulas that are beautifully packaged.

Also receiving praise for ingredient transparency to empower consumer choices. The new addition is nothing short of a lash staple and to that we say ‘It’s about time!’. Introducing the Future Lash Mascara…

In the words of VB herself, “It’s a clean formula, with plant-based polymers, for ultra-black, fluttery lashes, and unlike anything I’ve tried. It’s an instant essential, it’s that good.”

And this mascara is not just for instant gratification. It’s also borrows from haircare conditioning technology, with Shea Butter for lash strength, niacinamide for growth, panthenol with acts as a humectant and vitamin E for nourishment. All making lashes silkier over time, but also giving an instant, natural-looking lash lift. And it all comes off easily with just warm water.

She’s spiced up our lives, morphed into a fashion icon and is so famous she’s known by just two initials: VB. GLAMOUR challenged her to get really honest (wrinkles and all)

“VB Beauty wins me over with her products before I’ve even opened them – her signature black glossy tube with gold lettering makes my heart beat a bit faster. But, I have to admit, in this case, it sinks slightly when I first open her new Future Lash mascara – the brush looks thin and dainty and doesn’t say volume, showgirl or glamour or anything of the ‘night’ to me, which is how I like my lashes.

The brush is slightly rounded which I like and makes the application very easy and the dainty, nicely distanced bristles suggests my eyelashes will be nicely separated not clumped together. On application it doesn’t disappoint on either of these fronts. The brush separates my lashes creating a flirty, fluttery eyelash look – elegant rather than full on. One layer doesn’t give me the drama I like so I brush through twice more, and my lashes become curled with great length – it opens my eyes making them brighter and – well, prettier.

The mascara claims to be ‘rub free’ and this is 100 percent true – at the end of a long day of zoom meetings, homeschooling three kids, standing over a sweaty stove, my lashes still look perfect with no dark smudge under my eyes. And as promised, it washes off very easily with some water and a bit of oil face wash.

For me, this is the perfect day mascara – my natural lashes thick and long – Future Last subtly accentuates them for a feminine low key look. For night though, once we’re back out of lockdown and dancing and rubbing bodies with others on the hot dance floor, I know I’ll want full on showgirl mascara. Considering the speed and success with which VB is extending her new products, it probably won’t be long before I have that in my VB Beauty arsenal too.”

“If first impressions count, then Future Lash wins at the get go – the solid glass tube speaks to chic, sophisticated luxe. Second impressions bring a surprise in the form of a neat, petite brush that’s smaller than expected. Application reveals the ultra black colour (which I love) and that this isn’t a one-slick-to-a-falsies-finish, the mascara norm of now.

“It’s actually I’d argue more sophisticated than that and here’s why. One coat gives polished, super natural lash definition, but it’s also buildable so you layer up for bigger, more dramatic lashes. The upside of the petit brush is it allows you to finely coat lower lashes too. So if you like a versatile formula that does a little bit of it all and conditions lashes then VB is the one for you – if you only ever want a false lash look, I’d advise you look elsewhere (that’s far too ‘Posh’ for this wand).

What really impressed me though was its refusal to budge. With oil-prone skin my mascara always slides, often an unsuspecting eye swipe during a Zoom meet leaves a tell tale trail. However, Future Lash did not budge the entire day even with heavy deliberate swiping in play.

Until that is I came to wash it off – it really does come clean in only warm water, with a cloth for traction. In mascara geek speak this is a hybrid, with all the benefits of a regular buildable mascara and the stay put powers of a tubing mascara, which is why I’ll be slicking it on again tomorrow.”

“Let’s start with the superficial stuff. At first glance, I’m in love. The packaging is weighty, and elegant which makes it look and feel luxurious and let’s be honest that is all part of the experience. The formulation is really selling it to me. All I want in this life is long, strong and healthy natural lashes. I’m no stranger to a strip lash when I’m going all out, but I’m not one to faff with falsies on the regular, so mascara is a lifeline to make me feel alive.

As soon as I opened it though, I felt a little underwhelmed as I usually go for a big fluffy brush and this one is on the thinner side. I will say that worked out perfectly for my bottom lashes though, no smudging!

On application it did feel like it gave my lashes some lift, but nothing too dramatic, perfect for a no makeup makeup look (the scorpion in me is wheezing at the lack of drama my lashes are giving though). All in all, it was non-clumpy, and easy to remove as claimed, so I didn’t put my lashes in distress on removal, which ultimately would help with lash retention. I can imagine this will be a lot of people’s go-to. VB you did it again!

A new launch from Victoria Beckham Beauty is always worth getting excited about: after all, the pigments, the clean formulas and the luxurious packaging never disappoints. The mascara arrived in the classic embossed, textured card box, with a pleasingly heavy glass tube inside. The wand is dainty, with one side of the bristles longer than the other to allow ideal application on top and bottom lashes.

The formula itself is supremely soft and I doubt whether it would ever clump, no matter how many layers you apply. The finish is slightly more natural than I would normally go for, and I had to apply a fair few coats to achieve a fuller look. However, the removal process was impressive enough to compensate, just requiring warm water to rid any trace. It doesn’t get gentler than that for sensitive eyes.

I have mixed feelings about this mascara. If you’re looking for va va voom, in-your-face, XXL lashes, this is not that. If you’re after a natural flutter that’s sultry without being shouty, this will be more your vibe. I liked that the wand was different from the identikit bulky brushes that we’ve come to expect from our mascaras.

Rather than bestowing tons of volume, this instead focuses on precision. It’s magic on dinky bottom lashes and tricky inner corners. Plus, it’s so gentle on lashes. The plant-based formula melts away easily at the end of the day with just warm water and no tugging. It’s not a show-stopper, but it’s a great choice for off duty days when you want a little boost. 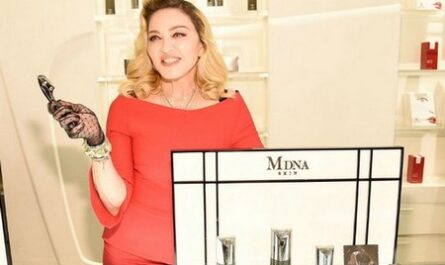 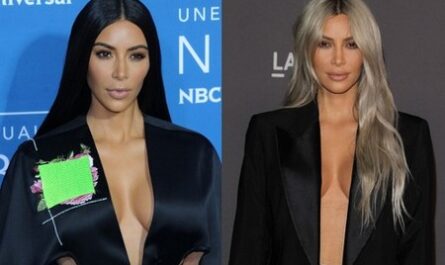 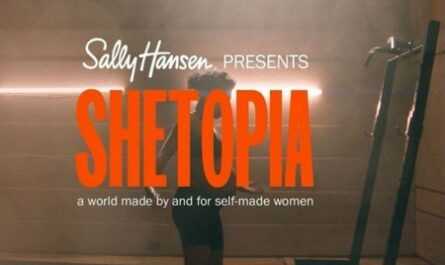