But what does this, ultimately, mean for the work that the #metoo movement started? Has it reached its zenith; in the conviction and incarceration of its most prolific villains? Or is this just the beginning…?

The reaction to the verdict – Weinstein looks set to face five to twenty-five years in jail for rape and sexual assault convictions- has been met with jubilation from many who fought for this, from Ronan Farrow – who praised the bravery of the women who came forward and the tenacity of the journalists who broke the story – to Rose McGowan, one of Weinstein’s earliest and most outspoken accusers, who tweeted; “Today is not a referendum on MeToo, this is taking out the trash. I believe we can be better as a world, as people, as humans. Today is one more step forward in that direction.”

Her talk of progress on this issue, was a sentiment echoed by the district attorney for Manhattan, Cyrus Vance Jr, who said: “This is the new landscape for survivors of sexual assault in America. Weinstein has been held accountable for crimes he committed.” He also praised the jury’s decision, saying: “Your verdict turned a page in our criminal justice system.” 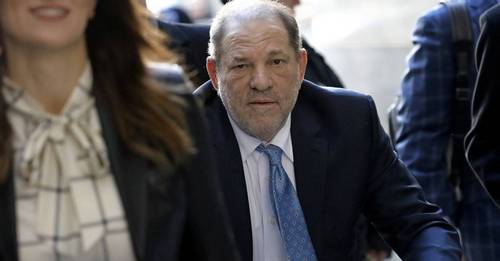 Despite the NDAs which silenced many of Weinstein’s accusers – and which continue to do so – the practice has not been overhauled. Though there has been increased pressure to do so – noticeably in the UK with the 2018 allegations against Sir Philip Green – no shift has been made on the ethics of these agreements; so often conveniently used to couch serious crimes. Progress on this issue is slow, but hopeful- the ‘#metoo law’ produced the very first ban on the use of NDAs in California in January 2019.

There has been a cultural shift in the way we talk about these issues… and the fact we talk about them at all, and that is a progress not to be scoffed at. But we need this climate shift to translate into actual legislative change. The Weinstein verdict shows that the tired rhetoric of victim shaming as a vehicle for exoneration, can be rejected by a jury, it shows that the systemic abuse of power – that men in power can – and will – make sexual harassment an unchallenged workplace reality, can be punished. But will this be a watershed moment or a blip?

Much has been said about the fact that Weinstein’s crimes were simply too famous to be tried fairly, with fears rising that this ‘trial by media’ may be a strong enough case to have him acquitted. But the verdict may have shown the infamy of the case worked to the prosecution’s advantage- which could spell concern for the movement going forward…

Because the worry here, is that Weinstein is the sacrificial lamb for a much larger issue. It is dangerous for complacency to kick in- for society to assume that the Big Bad of sexual assault has been destroyed and all is now well. This could not be further from the truth and – of course- it dramatically misses the point of #metoo, which was that Weinstein was indicative of an endemic issue.

The idea of feeling untouchable, that Weinstein so clearly possessed; of convincing yourself that nothing you’re doing is ‘wrong’ – that you are somehow entitled to women- is the attitude that needs a seismic overhaul. It has been allowed to spread so insidiously for so long because we lived in a culture of silence, in a society of imbalanced power, and one where these actions really did carry on without impunity.

Though the very judge that convicted Weinstein yesterday, warned us not to see this trial as a judgement on #metoo, the verdict shows that there can, and will, be a legal reckoning for these crimes, that the accepted truth of rape trials floundering in court, of allegations too easily brushed aside, can be dismantled. Yes, the world view that allowed Weinstein to abuse, was checked yesterday, but it has not been destroyed.

So, far from resting on our laurels and patting ourselves on the back for a job well done, we need to see this verdict as a catalyst for even more change. We need to persevere and remember that the crisis that #metoo gave a voice too- was never just about Harvey Weinstein- it was about a great, untreated societal malaise that we are so very far from beating.

Though this result is a cause for celebration, let us not forget that sexual assault does not die with Weinstein and neither does the fight against it.