The Princess Switch follows Stacy’s trip to the fictitious kingdom of Belgravia for a baking competition, where she grants Margaret a dear wish for before she gets married – to experience life as a “normal person” one last time.

Christmas is almost upon us – and what can that mean? The Princess Switch 3, of course! Sure, we love the twinkly lights, looming shopping trips for gifts, trawling the Internet for the most delicious of recipes for the big day – but Vanessa Hudgens returning for another instalment of the festive Netflix special? That’s when you know Christmas is coming.

This started our love affair with the silly-yet-sweet story of Stacy and her royal doppelgänger. Here’s what we know so far about the third chapter of the feel-good festive romp.

Who is in the third instalment?

Vanessa Hudgens will return as the lead character of Stacy, and is likely to play at least one double of herself (the Lady Margaret), perhaps even more if the past two films are anything to go by. In the last sequel – which was released in 2020 and called Princess Switch: Switched Again – she also played Fiona, Margaret’s evil cousin who is determined to steal the throne.

Also returning are Sam Palladio as Prince Edward, and Nick Sagar as Kevin. A new character, named Peter Maxwell, will be played by Remy Hii (who appeared in Spider Man: Far From Home).

What is the plot for The Princess Switch 3: Romancing The Star?

A Netflix synopsis reads: “When a priceless relic is stolen, Margaret and Stacy enlist the help of Fiona to retrieve it… and rekindle the sparks of a Christmas romance.”

We are very intrigued about the enlistment of the former nemesis Fiona, as well as the promises of festive love. Could this be newcomer Peter Maxwell’s ultimate purpose?

We aren’t going to be seeing Vanessa playing a fourth character, according to her recent interview with The Wrap. “No, no, that’s just too outrageous,” she said. “We’re already at max outrageous here with three characters, we’re just going to keep it at that.” 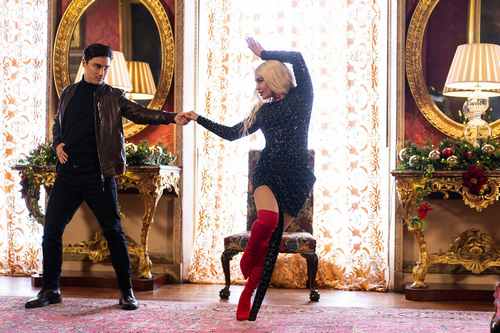 When is The Princess Switch 3 out?

The Princess Switch 3: Romancing The Star will be available to watch on Netflix from Thursday 18 November.

Is there a trailer for The Princess Switch 3?

Alas, no. Not yet anyway. So best go back and watch the first and second instalments!