The fact is, people who are suffering with a mental health disorder exhibit non-clinical symptoms, meaning they don’t show up on a scan or a blood test. Diagnosis is usually a difficult process both for the patient, who has to try explain disturbing and unfamiliar symptoms, and for the doctors, who have to join the dots.

Trying to explain what’s wrong when you’re in the grips of depression is like trying to cross the Atlantic on a paddle-board. It’s just not going to happen because your words aren’t sufficient. And yet, it’s the only diagnostic tool we’ve got.

Until now, that is. Promising research at the University of Vermont has shown that artificial intelligence is surprisingly accurate at identifying anxiety and depression in children.

One in five children suffer with anxiety or depression, known as internalising disorders, and the majority of cases in children under the age of 8 go undiagnosed. Having an objective way of measuring symptoms would be revolutionary, as children who have an undiagnosed mental illness have a higher risk of suicide and substance abuse later in life. 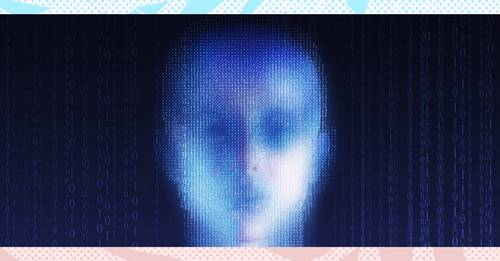 The research comes only a few months after ex-Prime Minister Theresa May announced plans to train teachers in mental heath awareness to try and identify students who might be struggling. “Most mental health problems start before the age of 18 and if we can teach young people about mental health – how to look after it and when to ask for help – we could ease the pressure on the NHS and other services further down the line,” Vicki Nash, Head of Policy and Campaigns at Mind, the mental health charity, told GLAMOUR.

The researchers used a machine learning algorithm to identify various speech patterns in young children, and set them a stressful task with a buzzer to add time pressure. They found that children who spoke in low-pitched voices, with repeated words and sentences, as well as those with a higher-pitched response to the time buzzer were highly indicative of internalising disorders, and diagnosed them with 80% accuracy.

While it’s still very early days, the next stage is to devise a universal tool that uses the same analytic algorithm, potentially on a smart phone so that it would be available to the largest number of people. It would certainly be a better use for our smartphones than the mindless Instagram scrolling…

What causes acne pustules and can you pop them?

Can ‘clean breathing’ *really* help us improve cognitive function, or is it a load of hot air?

One thought on “Could AI be about to change how we treat mental health conditions?”