The show is centred around a Los Angeles Sherriff deputy, played by Miles Teller of Whiplash fame, whose life is ripped apart on one singular night when a deadly collection of cartel soldiers and vigilantes appear from the underground, forcing him to face his sins. In the hands of director, Nicolas Winding Refn who catapulted to fame by directing Ryan Gosling in Drive, the story makes for dead juicy TV. Trust us when we say it’s worth getting an Amazon Prime account just for this!

With Killing Eve over for another season – (yes, we are still in mourning!) – we, like you, have been on the hunt for a kickass replacement and finally the wait is over. Step forward, Amazon Prime’s Too Old To Die Young. And yes, it’s as haunting as the title suggests. 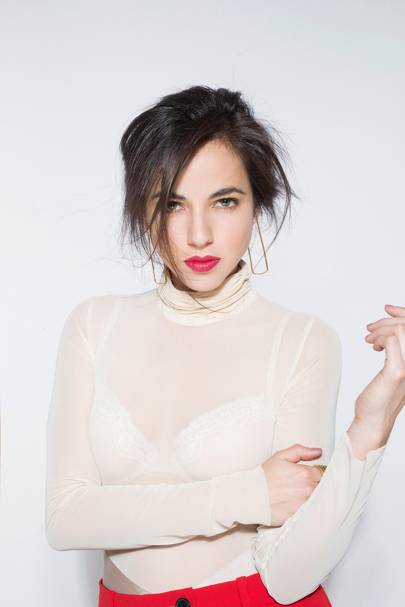 Naturally, we are rarely interested in a show if there isn’t a strong female at its core. Thankfully at the centre of this disturbing tale is the fearless Mexican actress, Cristina Rodlo who plays Yaritza, a vigilante who despite being married to a drug lord manages to help women suffering at the hands of prostitution and human trafficking. All in all, she wants to take down the toxic men around her one after the other in the most brutal ways imaginable.

Here, Cristina discusses the hurdles she had to overcome in order to play such a strong female character and she reveals just how testing filming Too Old To Die Young was… 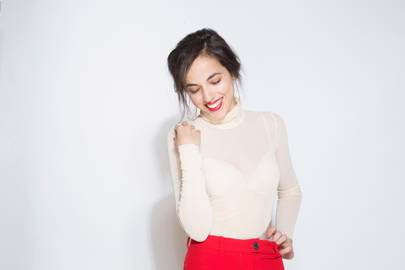 How would you pitch Too Old To Die Young?

Oh my god, that is so hard! This show is about an American cop, the Mexican Narcos and spirituality and how when they combine, amazing things happen. It is so addictive for people who are willing to wait and get involved. It’s very hard and disturbing. But if you are willing to fall for it, you will go crazy for it.

What was the most shocking thing about the show for you?

The thing about Nick (the director) was that we would go to the table readings before each episode and he would say, ‘what do you think we should change?’ Then he would come to you the night before filming and say, ‘tomorrow you are going to kill someone, we have changed the script.’ Then the next day he would have a more amazing idea, ‘you are now going to kill three people!’ It would be hard for us as you would never know what you are going to do next. His mind goes so fast! You would have to go in and shock him. 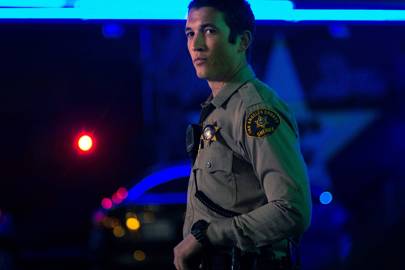 It’s super gritty and violent, what was the biggest challenge for you?

To kill people! To use a gun! I was so scared of guns! I would go to training and get so scared just by the sound. Then to have to fire them for real, it was a lot.

Would you be friends with your character, Yaritza, in real life?

I would be! She’s a very strong woman, she cares for other women and she wants to protect other women. She wants to change the world for women by uniting them so I would get along with her so well. 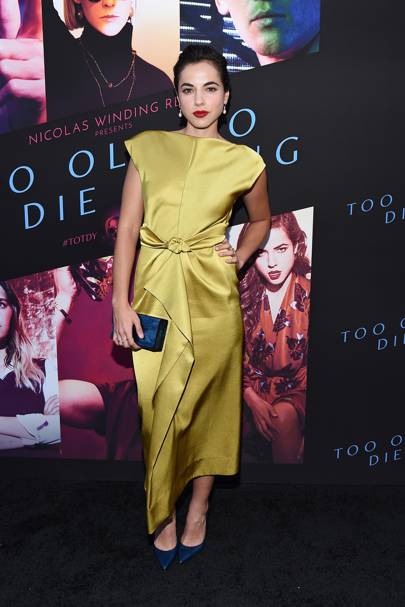 We are living in woke times and the roles open to women are way more layered. But for you was getting this role still very surprising?

It was something I have never played before, for sure. She’s a very smart woman but also a spiritual woman. She’s very strange character who was hard to play, everything is internal, and she doesn’t talk much. It’s hard for the audience to understand what is really going on in her mind. Is she good? Is she evil? You don’t really know. She does a lot of things that make little sense which made it such a hard part for me to play. Ultimately, I kept asking, ‘what does she really want?’ The reasons for what she was doing were bigger than what I could understand. Then when it came to the end of filming, I understood her much better. We were creating the character as we were filming so that was even harder for me. I learnt I had to go with the flow, so I never tried to criticise her at all.

How did you decompress on set given the intense subject matter?

Nick likes it to be silent on set, he doesn’t like people talking or music on set. Everyone had to be in the same mood so there weren’t many funny moments. At times he would make me stand in the camera for 12 minutes without moving, the cameras would keep rolling and finally he would cut which was crazy and funny in a different way. It was really the best experience of my life as he’s really not a regular director.

What did you learn about yourself through the experience?

I learnt I can be patient! We would film the same scene over and over again. In movies you would do that but in TV shows they move quicker and sometimes here it would take two days to shoot one scene. You couldn’t give 80 percent you had to give yourself 100 percent all the time.

Too Old To Die Young is streaming on Amazon Prime now

Are We Prepared for Nuclear Terrorism?

It turns out tea tree can help to beat ingrown hairs, and this is how