“We’re so excited to be the first dating app to match people on their favorite TV show – starting with Game of Thrones,” Melissa Hobley, OkCupid’s chief marketing officer, said in a statement. “We’re all about matching on what matters – and what matters to millions of people around the world is what they’re watching.” 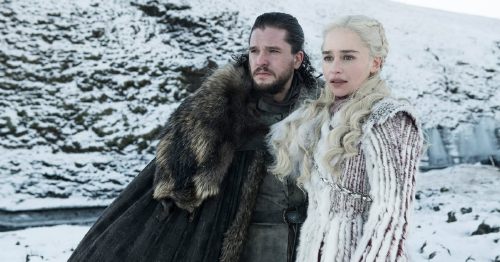 Winter is coming soon, and so is a potential new love interest if you’re serious about a new app feature that OkCupid just introduced. For the people out there who think having a partner who doesn’t share an interest in Game of Thrones is a deal-breaker, the dating app recently rolled out a feature that will allow users who watch the HBO drama to display badges on their profiles that say so. What a time to be alive.

According to a post on OkCupid’s official blog, the idea was inspired by the over two million mentions of the show on user profiles. Because of people’s interest in bonding over discussing who should sit on the Iron Throne, OkCupid also introduced GoT-related prompts for users to respond to when they initially make their profiles.

Game of Thrones officially returns on April 14, and if you’re looking for someone to watch the final season premiere with, you’re definitely gonna want to take advantage of this. Read ahead to get a peek at how the badges will look in action.

Game of Thrones MVP: Brienne Becoming a Knight Was Everything We Wanted and More

Welcome to Game of Thrones: MVP of the Week, a weekly feature in which we crown the character who stands out most during each episode of season eight. The MVP may have had the most kills, given the best monologue, or died the most heroic death. (Hey, we’re just covering all our bases!)

Wow, Game of Thrones is really coming for our emotions with no hesitation or regrets! The second episode of season eight is just as packed with tension and feels as the premiere, but this time we get lovely background music as we contemplate the inevitable deaths of our favorite characters. While last week’s MVP winner Sansa Stark continues to snatch Southern edges by refusing to back down for the independence of the North, week No. 2’s winner earns her title just by being the righteous ball of goodness that she is.

That’s right: Ser Brienne of Tarth is this week’s MVP. Of all the characters in Game of Thrones, the newly minted knight is one of the few we can say is genuinely good. Even though the world has treated her like trash because of her height or her disregard for beauty, she’s always fought for the innocent and sought justice. And finally, finally, she gets what she deserves – her knighthood. And damn, it feels so good to see.

Keep reading to revel in all that is good from Brienne’s screen time in Sunday’s episode (and pay your respects to our runner-up)!

Game of Thrones: Apparently Podrick Has a Gorgeous Voice, but Was That Actually Him Singing?

Among the many emotional things that happen in the second episode of Game of Thrones season eight, one of the most charged moments comes right after Lady Brienne becomes Ser Brienne, a Knight of the Seven Kingdoms, thanks to a ceremony performed by Jaime Lannister.

Gathering together on what, for many of our favorite characters, will likely be the last night of their lives, Tyrion asks the group sitting before him if anyone knows a song. The camera pans to Davos, Brienne, and Tormund, and back to Tyrion, before Podrick Payne starts singing a haunting tune, “Jenny of Oldstones.” And damn, if I wasn’t as taken aback in that moment as Tyrion is that the young squire has had that set of pipes on him all along! As it turns out, Daniel Portman, the actor who plays Podrick, was actually singing in the scene.

“For us, what was interesting about this episode was always that it’s our last night together, and everyone, I think, would face the end in different ways,” Game of Thrones writer and showrunner David Benioff said after the episode, noting that Tyrion’s group’s way of coping was sitting by the fire, drinking, just being comrades. Which is, coincidentally, the perfect time for a song (you know, like the scene in Titanic with the string quartet playing everyone off to their doom?).

“Daniel’s got a really lovely voice, and we knew we wanted a song in this episode. We’ve have a song in several of the seasons, we haven’t had an original in a while, so this felt like the place for it, and Daniel felt like the singer.”

Portman actually discussed his musical scene with Esquire the day after the episode aired. “They just put it in the script and they didn’t really tell me,” he explained. “I was terrified to be singing in front of all these people with this camera in my face. And something like a billion people have seen the first episode. So thinking about that many people seeing me singing was terrifying.”

Podrick, baby, you can sing me to sleep (or to my downfall) any night of the week.

These Are the Butt Exercises You’re Doing Wrong and What to Do Instead, According to 4 Trainers 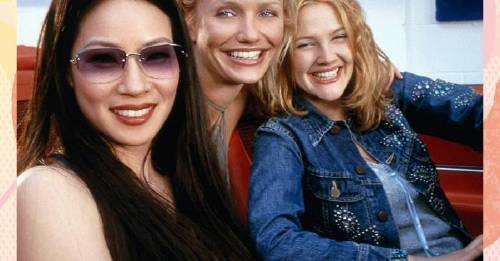