The girl band that churned out such bangers as ‘Don’t Cha’, ‘Buttons’ and ‘Jai Ho’ initially went in different directions back in 2010 whilst rumours swirled around tensions in the band.

After nine years apart the Pussycat Dolls are reforming as confirmed by Nicole Scherzinger herself.

Speaking about the reunion Nicole has cited that her shame from eating disorders meant she closed down from the group and unable to open up or properly communicate with the group. Now the X-Factor judge said she, “feels different,” about the bond.

The star who enjoyed a solo career and a stint on the West End in Cats told The Sun, “I hid it from the world,” she said. “I was extremely ashamed. When you’re battling your own demons and insecurities, it’s not something you want to share with other people. I am just so grateful I could come out of that.”

Joining the breakfast show on Heart Radio earlier today, Nicole said, “The stars have aligned and the Dolls are getting back together and we’re here to announce our reunion tour. We feel different because we are different. It’s been ten years.” 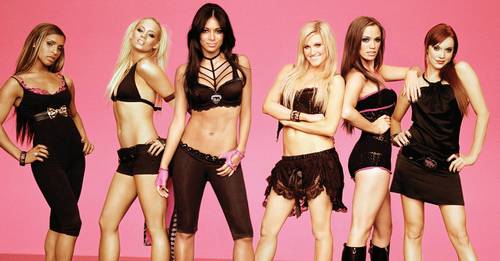 Ashley Roberts, added, “I think it’s just the timing. Like she said, the stars aligned, you know there’s been unfinished business, it’s been 10 years since we’ve all gotten back together and we just all were ready to do it.”

The five members of the group Nicole, Ashley, Kimberly Wyatt, Carmit Bachar and Jessica Sutta said the reunion was encouraged by the groups’ founder, Robin Antin. “Robin’s been wanting this to happen for years,” Ashley said. “And it’s taken a while to get us all to this place but we’re all here now and we’re excited to be here.”

Melody Thornton will not be returning to the groups as the group said, “it’s our flaws that connect us.”

The group who sold 54 million records worldwide also teased that there might be new music. So loosen up those buttons, babe because we could be in for quite the Doll Domination.