What’s it to be this time? “There’s going to be a bigger move towards natural air-dried hair and embracing your own texture,” he reckons.

“Tonged, beachy waves, where you can really see a heat tool’s been involved, is starting to feel quite old-fashioned and naff. I think now, we’re wanting it to look like a hairdresser hasn’t been there,” he says.

It’s a move that can work equally well on all hair types and textures, it just has to be adapted to suit your hair pattern. “Because everyone’s hair is different, the focus will be on getting the most out of your own texture,” he says. “Diffusing, air-drying, plopping – all of those natural or low-heat drying techniques – are going to become even more popular.”

One man I trust to shoot straight when it comes to hair trends, is Luke Hersheson. Aside from the fact that his work is an Insta-reel of mussed-up, off duty, delicious hair; year after year, I’ve asked him for his trend predictions, and without fail, all the cool girls end up wearing them a month later. 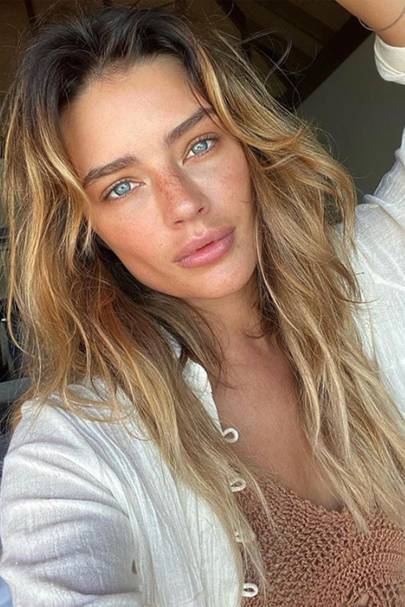 For the uninitiated, plopping really does what it says on the tin. Instead of using a fuzzy towel to dry your hair, which can encourage frizz, you stick to a smoother fabric like an old T-shirt. Lay it flat on the table or bed, tip your head upside down and plop your hair in the centre, before wrapping it up. This means that when you let it back down 20 minutes later, your hair is far less likely to have roughed up into a frizzball, and far more likely to have maintained some sleek definition. 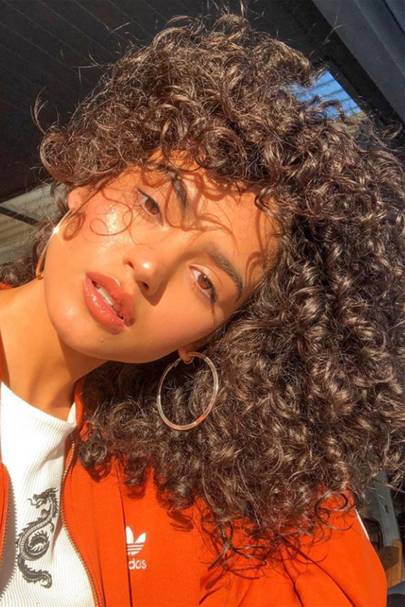 And for the non-believers whose hair tends to dry into a floppy #fail – you’re probably not doing it right. “The problem we see is that people just don’t know how to handle their hair,” says Luke. “They don’t know how to get the best out of it. People are making the same mistakes and that can lead to things like excess frizz, or having a curly texture on top but it being straight underneath.”

Common mistakes include not scrunching out the excess water, being too harsh with hair or not applying the correct products to it before wrapping it up. “Lots of people come out of the shower and keep their hair up in a towel, so by the time they take it down a lot of frizz has formed,” explains Luke. “Instead when you get out of the shower, gently comb it through, put some smoothing cream like the Everything Cream in.

If you have straight to wavy hair, find your rough parting and tuck your hair behind your ear – that will help to give hair a nice bend around your cheeks. Then let it dry and don’t touch it until it’s totally dry as this will encourage frizz. If you’re in a rush, you can always dry it near the end on a low speed, low heat setting with the diffuser attachment on your hairdryer.” 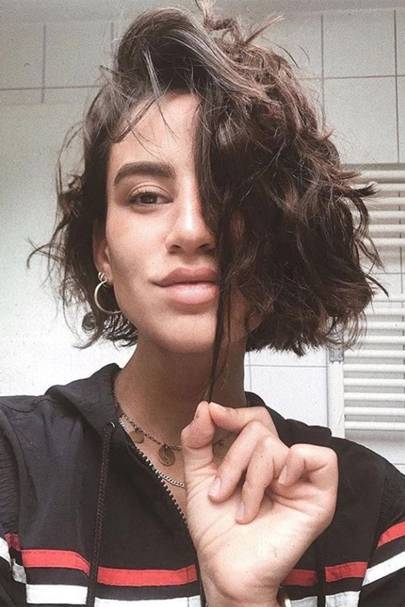 Already, we’re seeing a movement toward a more natural way of doing things. Aussie beauty influencer, Olivia Calabio, regularly documents her own natural curly hair journey across her Instagram, YouTube and TikTok channels after splitting up with straightening her hair a year and a half ago. She frequently shares her favourite products for curly hair, how she washes and dries it for maximum oomf, how she keeps her curls defined while she sleeps and how she refreshes them when they loose their shape.

Top tips: comb knots through while you have a conditioning mask on in the shower, give the mask 5-10 minutes to work its magic, find a curl cream and gel post-shower that works to give you more definition, but don’t overload on too much product, it’ll weigh your curls down. Let it air dry 90% of the way, then finish with a diffuser.

Styling hair this way means that there will always be a little more natural frizz than if you tong or blow dry your hair into submission, and it’s likely to look slightly imperfect, but that’s not necessarily a bad thing.

It’s an ethos shared by Hersheson protégés The Hair Bros, Nick Latham and Sean Nother, who style out of Hershesons’ west London Harvey Nichs salon. “Whatever your texture – be it straight, wavy or curly – don’t fight the frizz, it’s your best friend, you just don’t know it yet,” they say. “It’s what gives your hair personality, life and your own individual twist on what could be a generic haircut.” That said, if you get a cracking cut in the first place, you’ll have far less work to do. “If the haircut is good, the shape strong and the outline heavy, then let your hair do the talking.

The key is doing a bit of digging, identify your texture (over on The Hair Bros Insta Stories Highlights, they have a guide to working out your curl type and embracing natural hair) and then encourage it to do its thang.

How to really tackle dark under-eye circles on black skin, according to an expert