Overcoming the pain and embarrassment, the SHE correspondent checked the effect of the wax epilation of the bikini zone

The struggle with unwanted vegetation on the body is carried out by women from time immemorial: Nefertiti still understood that without excess hair the skin becomes much more attractive.

She also introduced a warm wax into the arsenal of hair remover, to which women have resorted to this day. After all, if you believe cosmetologists, wax hair removal can get rid of hair for at least two to three weeks. In addition, with regular procedures the hairs promise to become thinner and less frequent, and soreness – less.

What determines the result and how the sensations change from time to time with the so-called full deep bikini, the correspondent of SE checked herself. 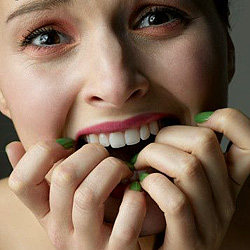 Reference:Epilation of an intimate zone called “full deep bikini” implies that after the procedure in this very intimate area of ​​the hair does not remain at all: neither strips, nor triangles – nothing. And as in accessible, and not accessible to a sight places (unlike simply “a deep bikini” when the vegetation is removed only on visible sites). The procedure is carried out with the help of liquid wax, which is applied to small areas of the skin, quickly solidifies and is removed along with the hairs. The cost in the city’s salons ranges from 600 to 1500 rubles, and the procedure itself has different names: full, total, full deep bikini, Brazilian hair removal.

The most difficult thing in epilation bikini – is to decide on it for the first time: although the technology is constantly being improved, it is impossible to classify the procedure as a pleasure. To reduce discomfort, it is not recommended to perform epilation during menstruation, as well as being in a state of nervous excitement. Hairs for hair removal with wax should be at least 5 mm, and 30 minutes before the hour of X you can take an anesthetic pill.

Salon economy class “Olga”, the cost of 250 rubles.
The master approached the process in a businesslike way and was not particularly delicate. First, the skin is treated with alcohol lotion, then on a fairly large area wax is applied with a special wand, and after hardening is removed with hair by disposable paper strips. The deeper the epilation goes, the more tender the skin and, correspondingly, the more painful the sensation. The wax was very hot, the master worked abruptly, quickly, not allowing to rest between jerks.
Procedure time: 15 minutes.

Feel:As the first procedure showed, no pain medication will help if the beautician is not distinguished by skill and delicacy. At the beginning of the procedure, it was somehow inconvenient to scream, and by the end of the force there was no longer any screech. Immediately after epilation and treatment with soothing oil, the sensations were quite comfortable, but after an hour the skin fell ill as after a severe burn. Saved the position of “Children’s Cream.” The redness was the next day, but the unpleasant sensations lasted longer, and with a thorough examination, bruises and small areas of unremoved hairs were found.

Effect:Smooth skin remained only two days. Given that the hairs grow unevenly, for the first time only those of them whose length has reached the desired size have completely retired. The same ones that were in the stage of inception, began to appear a couple of days after the procedure. Due to the fact that the hair was removed by large areas, some of them did not break out with the root, but broke off, and also showed up quite quickly.

Private cosmetologist, the cost of 500 rubles.
Since completely removed hairs grew much slower, waiting for the right time for the next epilation took about two weeks. After a thorough interview of the girlfriends, it was decided to visit a private cosmetologist who accepts at home. 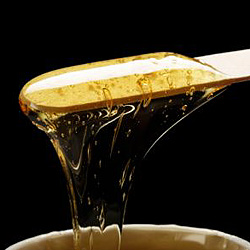 This cosmetician acted much softer and more accurate. The skin was treated with an anesthetic spray, the wax was applied with a special cartridge directly to the skin, without the use of sticks, and was removed with paper napkins. The hair was removed in small areas, after removal, the skin was sprinkled with talcum, and the short hair, which the wax could not wring out, the master carefully plucked with tweezers.

Treatment time: 1 hour.
Feel:The procedure seemed less painful: the beautician carefully stretched the skin before stripping the paper strip, gave a sigh between jerks and talked a lot, trying to distract from unpleasant sensations. “Baby cream” was used immediately after epilation, but the skin still felt itself throughout the day with a slight burning sensation.
Effect: Thanks to careful processing with tweezers, almost all the hairs were removed from the root, the skin remained absolutely smooth for four days, after which thin thin hairs began to appear.

On the third try

To wait for full hair regrowth after the second procedure it was necessary a little bit longer, therefore there was time to study responses of inhabitants of a city and to choose the salon having the greatest popularity. It uses a special wax of the same name for epilation of sensitive areas. It is thicker, applied by a spatula on small areas of the skin and removed without the aid of paper napkins, with a clear rapid movement of the hand of the master.

Treatment time: 1 hour.
Feel:After removing the first hair, it became clear that the main cause of the unpleasant sensations was covered in paper napkins: because of them, along with the hair, the wax takes the upper layer of the skin, which causes severe pain, especially after the procedure. Epilation wax without the use of strips of paper can not be called pleasant, but these feelings can not even be compared with the first procedure. Perhaps its role was played by the fact that the hairs were much thinner than the first time, but after the epilation there were no unpleasant sensations.

Effect: The skin was velvety and perfectly smooth for a week, then very rare hairs appeared, which can be carefully removed with tweezers.

The first thing to do when deciding on an epilation of a deep bikini is to forget about the embarrassment to the beautician. Before this completely unfamiliar woman you will have to undress, accept the position she will say, get used to the fact that she carefully examines you in search of unearned hair. Try to perceive it as a doctor, because the tightness and excess tension will only strengthen the pain.

A hair removal bikini can not be painless even with regular holding. Reduce pain can be if you choose a salon, where they work with special wax without paper napkins, which is almost twice as expensive. The first time to do hair removal will be every two weeks, between the procedures do not use a razor, otherwise the hair will again become stiff and next time will be as painful as the first. Than regular hair removal

16 of TV’s Most Inspirational Female Friendships