The new parents, who welcomed wee baby Archie only last month, will be travelling to South Africa later this year. The British High Commissioner to SA, Nigel Casey, confirmed the news yesterday during celebrations for Queen Elizabeth’s public birthday in Pretoria and the Sussex Royal Instagram account just verified it.

It’s official, Prince Harry and Meghan Markle are off to Africa for their second official tour together. The trip will be first since they toured Australia in October 2018, just after Meghan announced her pregnancy news to the world.

He said, “They are going to be coming back to visit us in South Africa this autumn. That’s great news for us, and I predict it’s also great news for the South African economy. We are hugely looking forward to that, and thanks in anticipation.”

The news isn’t a massive surprise for fans who have been speculating about the Sussex going on their next road trip after The Sunday Times reported about it back in April, suggesting that the tour was going to focus on youth empowerment, education and conservation, subjects all close to the couple’s hearts.

We don’t yet have specifics on the exact dates for Harry and Meghan’s royal tour of South Africa but some news outlets are suggesting it will take place late October, which ties in with Casely’s comment on it being in autumn. 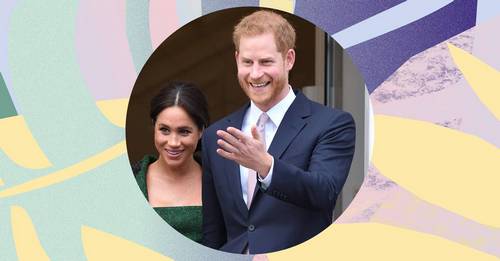 We are crossing our fingers that little Archie Windsor will be joining his mum and dad on the road. Come October, the youngest royal will be six months old, the same age Prince George was when he embarked on his first royal tour of Australia with parents Prince William and Kate Middleton.

A source told The Times in April “They hope to take the baby with them but will make a decision nearer the time. Potentially, Meghan and the baby could do some, if not all, of the trip.”

Get ready for another Meghan tour wardrobe extravaganza!