LondonIsOpen was launched by the Mayor, Sadiq Khan, to show that London will always be open to the world, proud of our diversity and inclusive to everyone. Here Sadiq Khan pens an open letter exclusively for GLAMOUR

It shows that London remains entrepreneurial, international and full of creativity and possibility. It reassures the more than one million EU nationals who live in London that they will always be welcome and belong.

Last year, we marked the centenary of the first women securing the right to vote in Britain – a landmark moment in our history.

Here in City Hall, we launched a campaign to celebrate the achievements and contributions of women, from all walks of life, who make cities like London so great and to shine a spotlight on what more we need to do to reach gender equality. 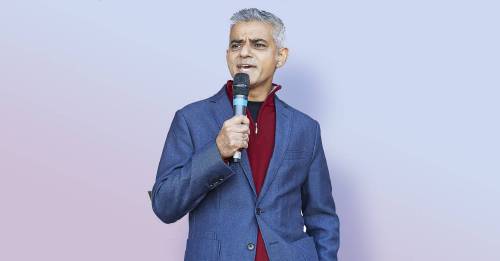 As Mayor, I’m determined to do everything possible to keep up this progress because, depressingly, for the first time in my lifetime, I fear that we are faced with the possibility of women’s rights stagnating, or even worse, going backwards.

One of my biggest concerns is Brexit. There’s no doubt that a hard Brexit, or worse still, a no-deal Brexit, would disproportionately impact women. According to the Equality and Human Rights Commission, Brexit could result in women losing important rights and protections, including maternity leave, other employment rights and funding for women’s services. These hard-won rights are not in the Prime Minister’s Withdrawal Agreement and we would be at the whim of future governments.

Brexit could also mean we miss out on future benefits agreed by the European Union. For example, the EU is looking to extend paid parental leave and is putting pressure on national governments to ratify the Istanbul Convention – which is comprehensive legislation to protect women and girls from violence.

Worryingly, at the time of writing, it remains a very real possibility that the UK could crash out of the EU with no deal at all. Every assessment of the economic impact this would have predicts that our economy would massively suffer, and – just like with the impact of the Government’s austerity programme since 2010 – it’s women, particularly ethnic minority women, who would suffer the most. This would not only hit jobs, but would result in less investment in our schools, in early years care, in the NHS and in social care. It could also risk access to crucial medicines.

Too often, key voices and key sectors in our economy have just been ignored throughout the Brexit process. What we needed after the referendum was a genuine national conversation about the type of Brexit the nation actually wanted and the safeguards we needed in place before we left. As part of this, young people, women’s groups, our thriving creative industries and many others should have been right at the centre of this conversation.

Given the dangerous road we have been forced down, I have called for Article 50 to be revoked and a public vote to give the British people the final say on how we proceed. Two years ago, this was not something I ever thought we’d need. But the disproportionate impact Brexit could have on women means that giving people a fresh say is now the only right and fair approach left for our city and country.

When I first became Mayor, I said my ultimate ambition was to ensure that every Londoner would be able to share in our city’s prosperity and access the same opportunities to succeed that London gave to me and my family. Two and a half years on, I’m still just as passionate about this goal and I know that continuing to fight for women’s rights and full gender equality will be a vital part of this effort.

Megan Thee Stallion says she’s in recovery after being shot

What does Harvey Weinstein’s conviction mean