Without getting into the nitty gritty behind the workings of the English dictionary, let me not veer too far astray from my point. How many of these ‘career women’ have been forced to make a decision on whether they pursued their career goals or raised a family because they felt it would damage their ability to ‘regard progressing in their job as being important’?

Moreover, should it be a decision they are forced to take?

The UK, at least pre-Brexit UK, is one of the best places in the world to grow a business. Yet last year, the British Government launched a review into the barriers facing female entrepreneurs as it became apparent that despite the fact they outnumber men in Britain by around 900,000, still just one in five businesses are run by women. Break it down further, and you’ll see a proportion of the women running their own business will describe themselves as the so-called ‘career woman’. What is a career woman besides its literal meaning? The dictionary will have you believe it is a woman who regards progressing in her job/business as being very important – if ever there were a more condescending definition. Search for career man? I’ll let you guess whether there was such a phrase.

No – is the answer in short. But I’m not denying there are barriers women face when it comes to starting a business, particularly if having a family is a priority of theirs.

One reason that women may be less likely to start a business is because they are worried about their role as the family’s primary caregiver – as that god awful gender stereotype would suggest. If it’s not the complex nature of juggling the books of a business and the baby milk formula, then it’s the issues of loosening the grip during maternity leave. But the truth is, it’s more than doable.

So let’s look at the challenges faced by female business owners who also wish to have children, and then the solutions that have seen women combine motherhood and entrepreneurship to become increasingly valuable to the UK economy. A report from economic think tank Development Economics, commissioned by eBay, found that the mother entrepreneurs generate £7.2bn for the UK and support 204,000 jobs. By 2025, these numbers are predicted to rise to £9.5bn and 217,600 jobs.

As a business owner, maternity leave can be daunting in fear of months out of the loop and the increasingly diminished control over the quality of performance of the company. But what people seem to forget is that owning a business and self-employment are two very different things. One of the key aspects to running a business is the recruitment of a trustworthy network of COOs, managers, and senior executives – on a larger scale. For smaller businesses, it could be assistants – trained carefully and precisely in the build up to your leave. Spend time with them, show them the ropes and make them feel responsible and reportable. It’s empowering for them, and the results will follow.

Whether it be a team of 50 or a team of 5, it’s key to surround yourself with quality, trustworthy support who are equipped to provide fortnightly updates for you in your absence. It’s important to have that trust to be able to loosen the grip but stay at arm’s length to pick up the baton upon your return. The ability to delegate is a vital business trait.

Then, say a month before returning, begin to plan your transition back into work so that the day you walk through the door isn’t an absolute s***storm. Begin integrating yourself back into meetings via conference calls that suit your schedule – you’re the boss after all!

Of course, if you run your own business, maternity leave isn’t really a thing. I worked through as do many many women. I couldn’t afford not to and in the beginning, I had no money to hire the support.

If, like myself, you are looking to start a business whilst already having children – then maternity leave isn’t a consideration. Instead, you are faced with the conundrum of childcare, particularly if you are setting up camp away from home in an office as opposed to home start-ups. Personally, I set up at home because it made my life much simpler to manage. Now our admin and commercial spaces are still all within walking distance or less than a 10 minute car ride. I am the CEO and I run the business. It is supposed to make my life easier to function not harder. Stop and think about what you need and then – and only then – set up the business arms.

I started Nosh Detox as a single mother to three young children – and today the company has a pan-European presence and an A-list celeb clientele. I’d like to think I’m testament to the fact it can be done. Feel inspired?

Don’t be afraid to seek support – particularly if you are a single mother or both you and your partner work full-time. The childcare support industry is rising at an incredible rate, and integration with other children will give your child early exposure to socialisation.

Whilst start-ups require long hours, once slightly more established, they also give you time and space to be a little more flexible with your hours. I now revert to my point about building a reliable team to support your need to do this.

Just 9% of funding pumped into UK start-ups goes to women-run businesses, according to Entrepreneurs Network. Women also tend to start a business with much less available capital than men. When I started my business, I sought external investment – always in front of a room full of men. I felt inclined to ask for less than I needed and that is very common for women. In addition we are also often shunned for investment in fear of the complications of motherhood. It’s sometimes seen as a risky endeavour to back a business where the owner will either go missing for 6 months or be ‘distracted’ by motherhood. However, statistics show that this is not actually the case. Motherhood makes women much much more focused on their outcomes and more efficient in their outputs.

I’d like to think I’ve been quite liberal in my empowerment and endorsement for mothers to raise a business and a family, but let’s be clear: it is difficult. Just not impossible. You will always start a business when you are ready to, and that could also be when you are pregnant. However, you just need to make sure your set-up suits your circumstances. Allocate time to rest and rejuvenate daily as it makes you more successful. Even 5 minutes a day helps. Manage your nutrition as well as you possibly can – it’s the fuel that will keep you going.

Gather a bunch of supportive people whosd shoulders you can lean on.

Find other women entrepreneurs so you know you are not the only one out there.

My overriding message is that women CAN and SHOULD look to raise a family and a business at the same time. Nobody said it would be easy, just as start-ups never are. Sleep and lunchtimes beyond an apple on the go are hard to come by. It’s a tricky road, but it’s a rewarding one at that.

I will always champion female start-ups for as long as I live owing to the fact it has given me so much fulfilment, joy and success and diving in at the deep end was the best thing I ever did. 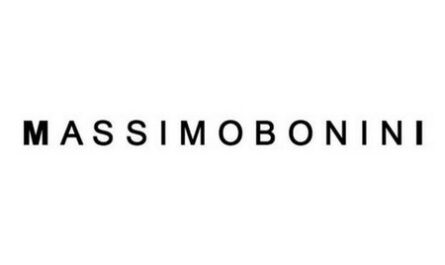 MASSIMO BONINI IS HIRING A showroom assistant in nyc