On September 21, two MINERVA-II1 rovers were deployed onto the asteroid Ryugu. The rovers, carried into space by the Hayabusa2 spacecraft (artist impression above), are the first rovers to ever land safely on an asteroid. At least one of them is patrolling the asteroid currently.

As you can imagine, the pictures the rovers have beamed back to Earth are pretty incredible. They’ve even sent back some color, moving images of the Asteroids surface.

To follow along with the probes’ progress, be sure to visit the official site. 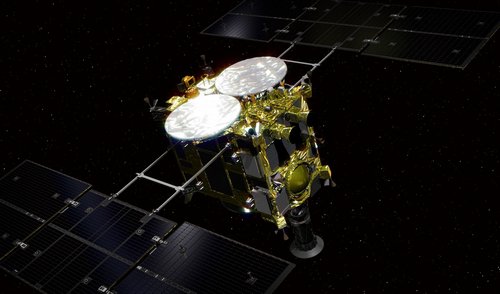 Image captured by Rover-1B on September 21 at around 13:07 JST. This color image was taken immediately after separation from the spacecraft. The surface of Ryugu is in the lower right. The coloured blur in the top left is due to the reflection of sunlight when the image was taken. 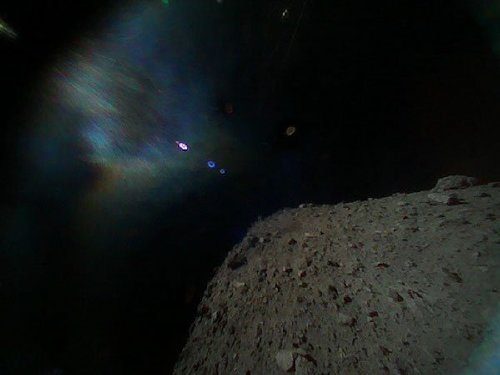 Color image captured while moving (during a hop) on the surface of Ryugu. The left-half of the image is the asteroid surface. The bright white region is due to sunlight. 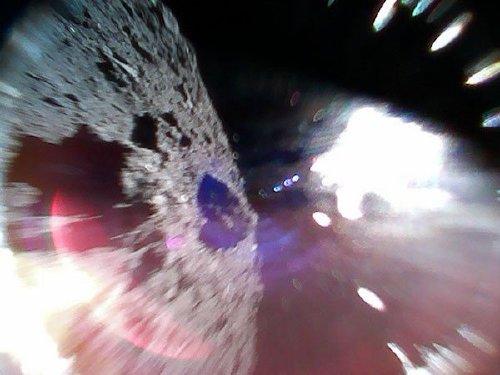 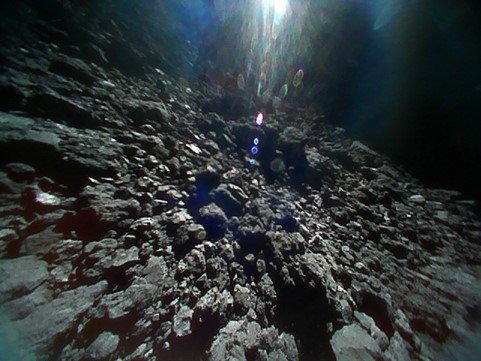 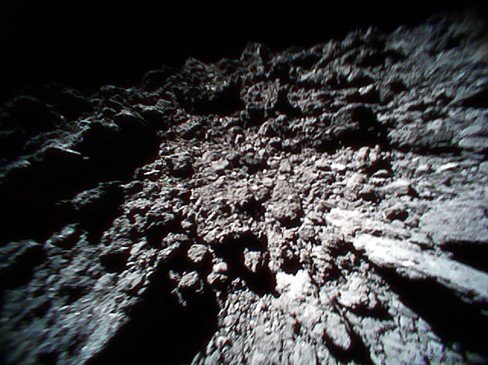 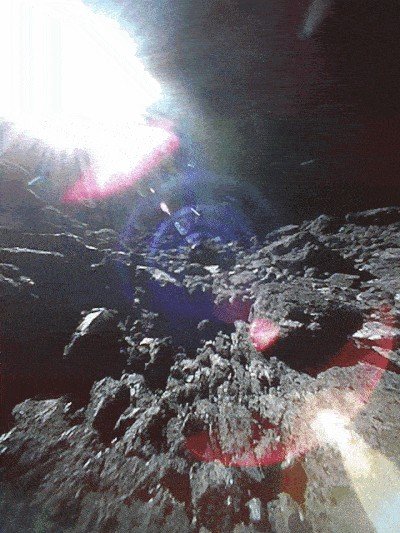 This video shows the sun crossing the horizon.

Image of Ryugu captured by the ONC-T at an altitude of about 64m. Image was taken on September 21, 2018 at around 13:04 JST.This is the highest resolution photograph obtained of the surface of Ryugu. Bottom left is a large boulder. 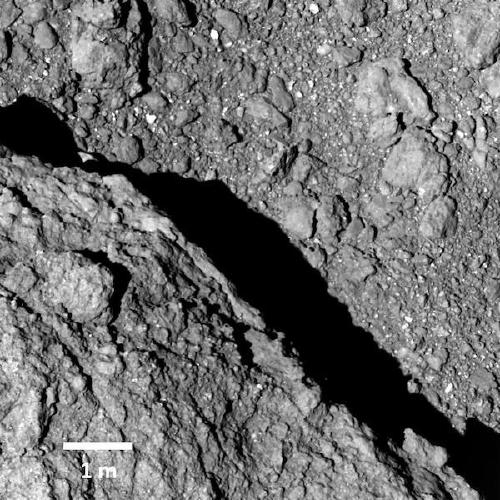 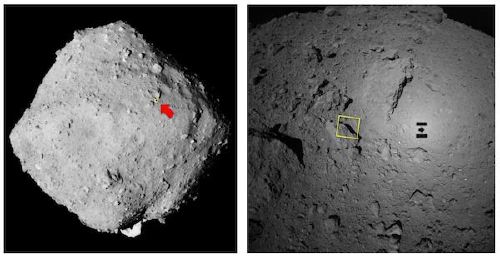 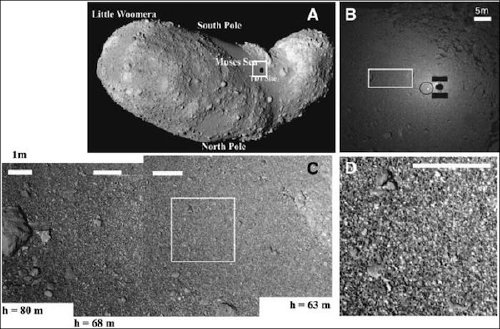 High resolution image of the surface of asteroid Itokawa photographed by Hayabusa. “D” is taken from an altitude of 63m. It is thought that the so-called “Muses Sea” (official name “MUSES-C Regio”) is covered with a “gravel” of granules with diameters from a few mm to few cm.

This classified GIF was uncovered by hackers and released without consent. 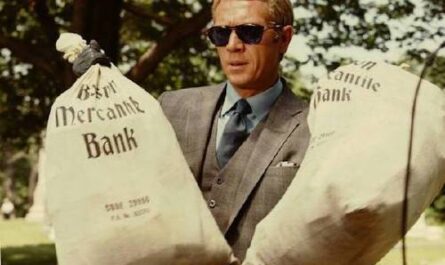 Heist films so sneaky, you might be tempted to steal ’em 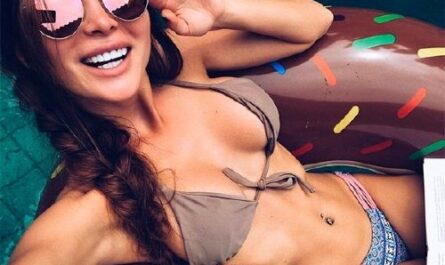 Pool babes will wash away your summer blues, Photos 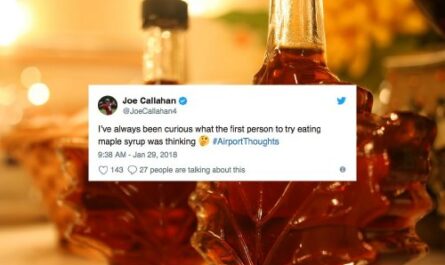