Then Twitter placed a click-through block on one of Trump’s tweets regarding the protests following George Floyd’s murder, because it broke Twitter’s rules on “glorifying violence.”

It’s no secret that Donald Trump has broken Twitter’s rules on more than one occasion, forcing the social media platform to take action.

Back in May, Twitter applied fact-checking labels to two tweets claiming that mail-in ballots in California will be “substantially fraudulent” and result in a “Rigged Election”, directing users to a page explaining that there is no evidence that mail-in ballots are linked to voter fraud.

Then again, in the run-up to the election, Twitter applied restrictions on further tweets from Trump pertaining to ‘fraudulent’ mail-in voting, and since Biden’s victory, Twitter has continued to take action against many of Trump’s tweets (such as the fact-checking in the below). 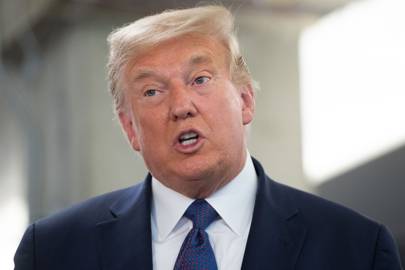 But as of 20th January, Trump could be banned from Twitter altogether. On that date, Trump will no longer be President and his Twitter account will lose its ‘world leader’ protections. ‘World leader’ accounts are granted certain exemptions when they break Twitter’s rules because they’re deemed to be in public interest.

But after President-elect Joe Biden’s inauguration, Trump will have to abide by Twitter’s terms of use just like the rest of us. Anyone taking bets on how long he’ll last?

Speaking to Business Insider about the ‘world leader’ account protections, a Twitter spokesperson said: “A critical function of our service is providing a place where people can openly and publicly respond to their leaders and hold them accountable. With this in mind, there are certain cases where it may be in the public’s interest to have access to certain Tweets, even if they would otherwise be in violation of our rules.”

Many watchdog organisations, committees and members of the public have campaigned for Twitter to suspend Trump’s account, particularly over false claims regarding the election.

Everything you need to know about the US Election