Friends mourned Jaime Guttenberg at a makeshift memorial last February, days after she and 16 others were killed.

On Feb. 14, 2018, 17 people – 14 students and three staff members – were fatally shot at Marjory Stoneman Douglas High School in Parkland, Fla., and another 17 were injured. The rampage by a former student now holds the distinction of being the deadliest school shooting in U.S. history.

Guttenberg’s father, Fred; Pollack’s father, Andrew; and Petty’s brothers, Ian and Ryan, were among the grieving relatives sharing their memories on social media. 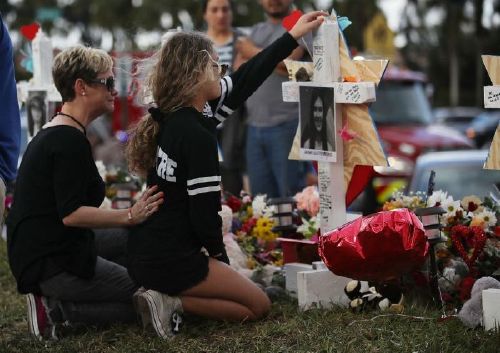 Exactly one year ago, to the minute at around 7am, I sent two kids to school. Only my son Jesse came home. Jaime was murdered in school. I am forever haunted by my memory of that morning, rushing my kids out the door rather than getting one last minute. Did I say I love you? pic.s2IQHvDIcU

A year ago today I lost my Princess Meadow. Everyday hurts the same as the first.

Meadow, my life will never be the same without you, but I’ve been fighting everyday to make sure this never happens again.

I promise you I’ll #FixIt pic.OAYWNCvTo4

can’t even grasp that tomorrow will mark one year without my other half. i miss you more than anything, JT. i wish i could tell you i love you one more time ?

Others, including Parkland survivor and activist David Hogg, announced their intentions to stay off social media for the grim anniversary.

We will be going dark for four days from February 14th through the 17th. During that time, if past trends continue, around 400 people in the U.S. will likely be shot to death.

Thank you for all the kind words and support in this difficult time for many famlies in Parkland.

I will be taking a break from Twitter for the next 3 days.

Please remember the people we’re stolen from us that day; they are why we fight for peace.

Stoneman Douglas, meanwhile, has designated Feb. 14 as a “Day of Service and Love.” 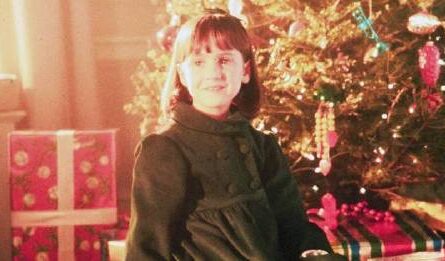