Tom Hanks met the Hustlers cast at the Toronto Film Festival on Sunday, and in turn, kicked off a pure interaction we didn’t know we needed. The 63-year-old actor ran into Jennifer Lopez, Keke Palmer, Constance Wu, Julia Stiles, and director Lorene Scafaria while promoting his film, A Beautiful Day in the Neighborhood. 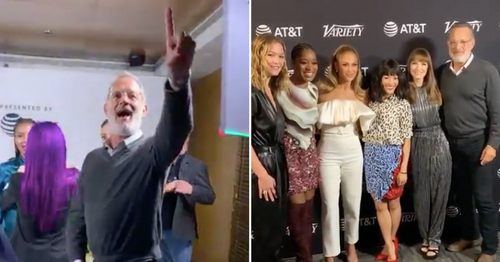 Their interaction looked exciting on both sides, as Tom hopped in for a photo with the powerful group of women. He greeted each of them individually before asking about their project – which has already received high acclaim from critics. “The only thing I’ve heard about your movie is that it could use a little Tom Hanks,” he joked before walking away.

Well, Tom, allow us to give you a little more background on Hustlers. Lorene’s movie is actually based on a wild true story about a group of former strippers who scammed their Wall Street clientele out of thousands of dollars. Jennifer takes the helm as Ramona with a fierce supporting cast of women, which also includes Lili Reinhart, Lizzo, and Cardi B. So, grab your popcorn – Hustlers hits theaters on Sept. 13.

Here’s everything you need to know about Liar season 2

I tried the cellulite-busting treatment the A-list swear by, here’s what actually happened…