To mark Black History Month, have created a video series celebrating black beauty. We brought together a group of influential and inspiring women across genres – from fashion to music to beauty – in order to have an open and honest dialogue around beauty for women of colour.

Our first video discussed The Politics of Afro Hair, and in this video, the second episode in the series, we explore the issues of representation in the beauty industry.

For years, the landscape of beauty excluded black women from the conversations about skincare, makeup and hair care. Nowadays in the age of extended shade ranges and more brands working to create products suitable for women of colour, there has absolutely been a seismic shift. The issues of representation however are still far from resolved.

In the video, we’re opening up the conversations on how growing up in mainly Caucasian areas affects your perception of beauty, the couple of foundation options that were in stores when we they younger and simply not being able to see themselves reflected in the media and on screen fronting beauty campaigns. 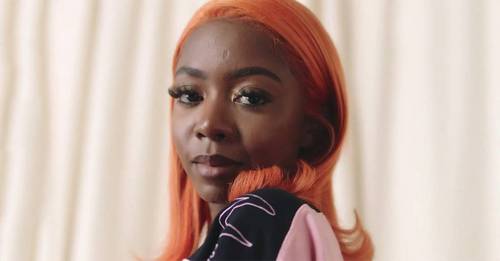 The group of women we spoke to all had differing experiences, but the baseline thought was the same. There was still a prevailing, rigid and predominant idea of beauty. It is one that is not inclusive because it is fundamentally Eurocentric.

Representation. It’s an issue that shouldn’t be an issue, but it is. These incredible women let us in on how representation and the lack of it has shaped their experiences of beauty.

Summer isn’t over until Rihanna says it is, and according to Queen Rih, October is still swimsuit season. Shortly after the launch of her visual autobiography, the 31-year-old songstress shared a bikinigram that oozes with IDGAF energy. She crossed the screen in slow motion, wearing a black bikini and see-through robe. Voila! On Oct. 16, a never-ending mood was born. She kept the fun going with two more slow-mo videos of her soaking up the sun and living her best life.

I’m personally glad Rihanna is taking some well-deserved vacation time. After her book release, the November Vogue cover, Fenty’s NYFW show, and her continued work on her next album, this busy businesswoman requires a break! Watch her videos ahead to see her badass strut – even when she’s on vacation, she doesn’t let her attitude sleep.

Hailey Baldwin just blessed us with an up-close look at every dreamy detail of her wedding dress, and holy smokes, it’s even more gorgeous than we originally thought! In a new video shared by Vogue, the model attends her final fitting in Los Angeles before exchanging “I dos” with Justin Bieber for the second time. Off-White CEO Virgil Abloh, who created the stunning gown, kicks off the video by explaining what inspired his unique design choices.

“What I think is most important for her on this day is showcasing the woman that she is,” he says. “I’ve known Justin for a couple years as well too, and I wanted to make something that made him look in Hailey’s eyes and see that she’s the most beautiful woman for him.” Aww! *swoons*

As soon as Hailey catches a glimpse of herself in the lace gown – which took a team of 10 people to make, BTW – the biggest grin spreads across her face. She then gives viewers a zoomed-in look at some of the one-of-a-kind design elements.

In addition to traditional floral embellishments, the dress also features pearls arranged in the shape of Off-White’s criss-crossed logo to subtly incorporate her signature street style edge. Plus, at the apex of the gown’s low-cut back is the phrase “Wedding Dress” stitched in teeny-tiny pearls. The final touch? Her crazy-long veil that reads “Till Death Do Us Part” at the very end. I mean, coolest bride ever?!

Ahead, watch footage from Hailey’s final wedding dress fitting, and then keep reading to admire every stunning detail of the Off-White number.

7 simple ways, you can boost your self-care every, single day