Maddie Mueller, 18, a senior at Clovis North High School in Fresno, Calif., admires President Trump. “He puts pride back in America – when I first heard him say ‘Make America Great Again,’ it touched me because I had never thought about patriotism before,” the teen tells Yahoo Lifestyle.

A teen whose high school outlawed her “Make America Great Again” hat, won’t allow her conservative politics to be muted.

Mueller enjoys expressing her political views through fashion: T-shirts that read “Build the Wall” and “Deplorable” and with images of the president’s face and his campaign slogan, but her clothing isn’t appreciated at school. “I’ve been repeatedly pulled aside by teachers and sent to the disciplinary office, but nothing made it onto my official record because there is no rule about Trump clothing,” she says.

On Feb. 20, Mueller had planned to wear her red MAGA hat with her friends in the  Valley Patriots, a pro-Trump community group.  But anticipating another clothing violation, Mueller asked her school for permission. She didn’t get it. 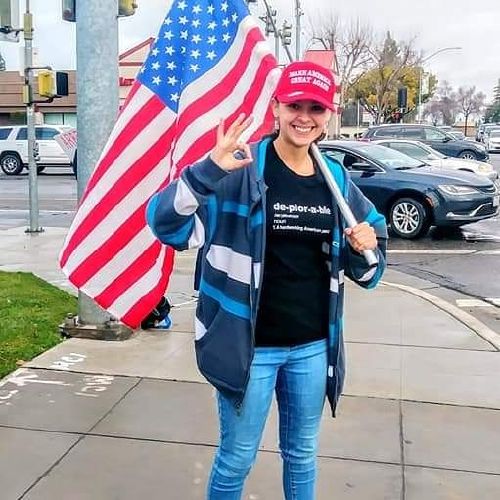 “Our dress code policy contains general guidelines to support a learning environment free from distraction and that promotes a safe and welcoming environment on campus,” Avants tells Yahoo Lifestyle. “The district dress code allows for students to wear shirts or other clothing with a wide variety of sayings and/or political commentary. Unless causing an actual disruption on campus, MAGA apparel is acceptable, and this has been shared with the student.”

“The issue raised here is specific to a hat,” says Avants. “Both the district’s dress code policy and the school’s handbook lays out allowable headgear to be hats or caps with the school logo and or in solid school colors. There has never been a subjective evaluation of what language or logo is or is not on a hat, because the policy is straightforward in allowing only school hats or hats in solid school colors.”

But Mueller tells Yahoo Lifestyle that supporting her president is a positive thing. “Since when is American pride and patriotism inappropriate?” she says, adding that she sees students wearing colorful hats, including with logos supporting gay pride and baseball teams. “Last year, a kid wore a red MAGA hat to school every day and no one said anything,” says Mueller. “The school is failing to enforce its dress code.”

The teen feels administrators lean left. “The day after President Trump’s inauguration, the school offered counseling services to students who needed support,” she says. “I thought it was ridiculous, and so did my conservative friends.”

Mueller says during a recent meeting with her mother and the school, she offered to get a MAGA hat in black (the school colors are blue and black). “They told me my political clothing had to be approved.”

Next week, Mueller and her mother have another meeting at school. “My mother is worried that if this continues, they won’t let me graduate,” Mueller tells Yahoo Lifestyle. “If that happens, I’ll get homeschooled, but I won’t be silenced.”

The teen doesn’t want to distract from her peers’ learning experience. “The school is demoralizing and degrading patriotism,” she tells Yahoo Lifestyle. The scrutiny has left her rattled, but she’s not giving up. “I’m fighting for the generations of kids who will walk in my school in the future.” 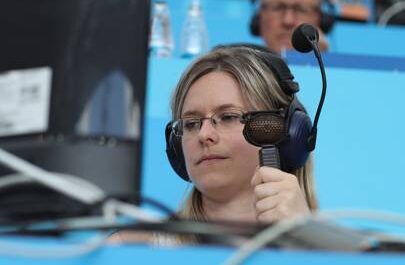 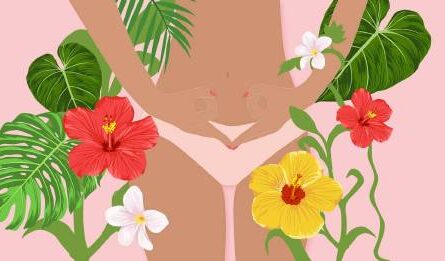