David Attenborough: A Life On Our Planet will chronicle Attenborough’s remarkable career as world’s leading nature broadcaster. The unique feature documentary will touch upon the defining moments of his life, from the beginning of his broadcasting career at age 28, to the devastating consequences humanity has had on our planet. 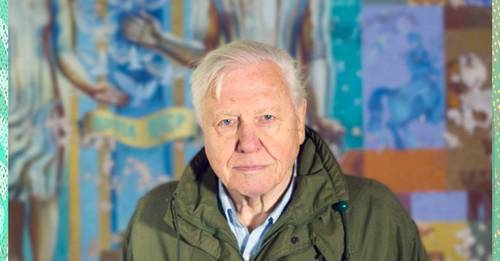 We’ve been engrossed in his nature documentaries for centuries, and now a feature documentary shining a light on the phenomenal career of Sir David Attenborough is set for global release.

As stated in the documentary’s official synopsis, “addressing the biggest challenges facing life on our planet, the film offers a powerful message of hope for future generations.”

The feature documentary, by award-winning wildlife film-makers, Silverback Films, and global environmental organisation, WWF, will premiere at the Royal Albert Hall on Thursday 16 April 2020, and will be broadcast live to cinemas across the globe including London, The Netherlands, Iceland and Norway. Attenborough will then take part in a Q&A to discuss the most pressing talking points in the film.

In a bid to inspire future generations to make positive changes and continue tackling climate change, 500 seats at the event will be reserved for impressive young individuals across the UK.

After cinematic release, David Attenborough: A Life On Our Planet will be available to stream on Netflix. Essentially, one way or another, you’ll be able to get your much needed Attenborough fix.

“For decades, David has brought the natural world to the homes of audiences worldwide, but there has never been a more significant moment for him to share his own story and reflections. This film coincides with a monumental year for environmental action as world leaders make critical decisions on nature and climate. It sends a powerful message from the most inspiring and celebrated naturalist of our time.” announced Colin Butfield, WWF’s Executive Producer for the film.

“I’ve had the most extraordinary life. It’s only now that I appreciate how extraordinary,” the 93-year-old announced in a statement for the film.

Try These Posture-Correcting Moves to Stop Rounding Your Shoulders