The 25-year-old has already had insane global success as part of Fifth Harmony after the group were put together on X-Factor USA but if her first solo hit, Low Key with Tyga (which has casually notched up 35 million views on YouTube) was anything to go by, finding her own voice could be her greatest success.

Ally Brooke is breaking out as a solo artist and today she is serving me Pretty Woman chic with thigh high patent black boots. She is the epitome of her hit with Fifth Harmony, Work.

As she drops Lips Don’t Lie, a tasty pop throwback which has a hint of classic JLO, Ally Brooke talks to GLAMOUR about the struggles she has overcome to have confidence in her own opinions and the lessons she has learnt on her journey towards self-empowerment…

It’s so surreal for me stepping out on my own. People don’t really know that I have worked at being a solo artist since being a young girl. At 12 years old I was going from my home in San Antonio to LA, back and forth, trying to pursue a record deal. I was recording, doing performances and dumb little cheap videos, everything to try and make my dream come true. Everything changed for me when I went on X-Factor and did the group which was crazy.

It’s still crazy for me that we had so much success. Now I am on my own and it feels very full circle. I have had so much fun making the music I want to make and do the videos I want. I’ve loved every minute of it so far.

I have learnt so much from both success and failure. I think just learning to have my own voice was very important to me…

I learnt the most important thing is to be patient because I wanted to get something out so quickly. I recorded over 40 different records and I have learnt you have to try everything and not put too much pressure on yourself. When you find that record you will know, and time won’t matter. Low Key came to me at the perfect time for instance. I think just learning to have my own voice was very important to me.

Staying true to what I wanted, and I think a lot of the success and failure came from getting the right team around me – I have gone through different managers and that’s really tough. It’s like speed dating. But now my team have changed everything – it was hard to find someone who supported my vision. We are in it together.

When I was working on my music, I had an all-female writing camp. Putting more women in production, engineering, writing and giving women a chance is really important. There are so many talented women out there who don’t get a chance just because they are women and it’s an industry of men. I love that nowadays women are getting more support and their voices are being heard. That is something that motivates me and inspires me.

Seeing people like Lady Gaga be honest and real about her struggles, especially the opposition she has experienced with men and how she persevered through that. That has really helped me. In the past few months I have really been owning my own voice and who that is. We as women should continue to band together and support each other.

I have learnt that I need to be confident in my opinion. I struggled a lot with maybe saying something and then retracting it in case another person didn’t like it. I would say things like, ‘what about this lyric? But feel free to not like it!’ I was very much a people pleaser and apologetic because I never want to hurt anyone’s feelings. I don’t want anyone to think my ideas were stupid or silly. Getting over that insecurity has been a big thing for me. I had to say to myself, ‘listen, Ally.

You are your own woman you are your own voice. And you have so many ideas to offer. Don’t be afraid to throw those out there because life will pass you by and you will regret letting people walk all over you.’ You can please people, but you need to make yourself happy too. That’s the biggest lesson I have learnt.

I would overthink social media too. Everyone has an opinion and in the past people haven’t been very nice to me on some things in the group. That always stuck with me and I would overthink photos, captions, Tweets, everything. Now I am at a point in my life where my team and family support me and say, ‘girl! You are incredible and own who you are.’ Once I found that everything came into place.

When I went out to perform on my own for the first time, I had to give myself a pep talk…

Ally 2.0 is first and foremost an entertainer. I love to sing but I want to give people a show and I think the videos are a great representation of that. You have the dancing. I have moments where I am strong, confident and fierce. I just performed Low Key on TV, on James Cordon and I wanted to throw everything at it!

When I stepped out for my first time to perform, I had to tell myself, ‘go out there and show people what you are made of! Bring the song to life!’

Charlotte Tilbury’s, new skincare products, gave me the smoothest skin, of my life 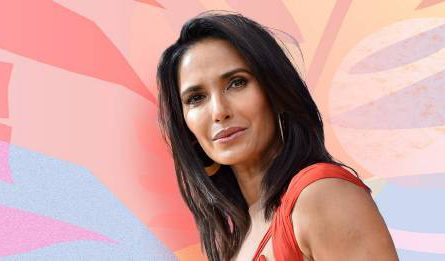