Poor mental health is an issue for many of our readers. That fact is underscored by the response to a tweet sent by @NatureNews earlier this week, which highlighted that rates of depression and anxiety reported by postgraduate students are six times higher than in the general population (T. M. Evans et al. Nature Biotechnol. 36, 282–284; 2018), and asked what should be done to help. The figures are a shock, but it was the reaction that blew us away: more than 1,200 retweets and around 170 replies.

“This is not one dimensional problem. Financial burden, hostile academia, red tape, tough job market, no proper career guidance. Take your pick,” read one. “Maybe being told day in, day out that the work you spend 10+ hrs a day, 6–7 days a week on isn’t good enough,” said another.

The feedback emphasizes something that Nature has highlighted often in recent years: there is a problem among young scientists. Too many have mental-health difficulties, and too many say that the demands of the role are partly to blame. Neither issue gets the attention it deserves. “I’d love to see some of the comments under this thread published,” wrote one responder. “There needs to be real conversation about this, not just observation.” 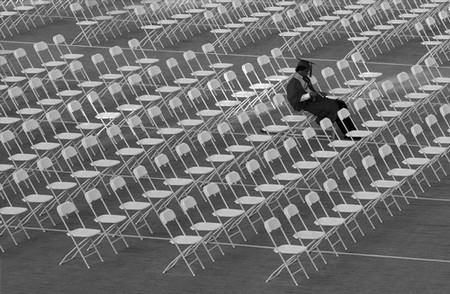 We agree – which is why we are publishing some of the responses. (You can read the full thread here.)

Some commenters said that the way to improve things was through wholesale change. “The whole PhD+postdoc system must be reformed or abolished,” noted one.

Others focused on specific concerns. “Decent funding which runs until their subimission sic deadline, coupled with a culture shift to less focus on publications in certain journals defining success.”

There is a problem with the culture in science, and it is one that loads an increasing burden on the shoulders of younger generations. The evidence suggests that they are feeling the effects. (Among the tweets, one proposed solution to improving the PhD is to “treat it like professional training instead of indentured servitude with no hope of a career at the end?”.) It will take a while to change that culture – and, unfortunately, it will probably take almost as long for some in the community to realize the need to change. But change it must.

A good place to start is the relationship between postgraduates and their supervisors. Surveys – including our own – suggest that too many senior scientists see a career outside academia after a PhD as a failure. Too often, this attitude drives expectations and conversations that do not reflect the reality: there are just not enough full-time academic posts to go around.

We are committed to covering the unique pressures that face young scientists, and the need to reform the PhD. We intend to revisit this topic, starting in May, with a Careers Feature on depression. We want to hear more from readers on mental-health issues and the stresses that contribute. You can share your stories in confidence here.

We thank those who have already told theirs. “I hold down three jobs to fund my PhD, living in hopes of funding, it’s a constant strain. So many others out there like me, and sometimes I wonder if it’s even worth it. The research community will lose so many great minds to issues like this. It needs to be changed.”