From starring alongside Nicole Kidman in Sofia Coppola’s Beguiled to morphing into a Disney princess in Maleficent opposite Angelina Jolie, Elle’s talents have created fully-formed, and at times flawed, female characters.

Elle Fanning started working at the tender age of two opposite her sister, Dakota, in I Am Sam. Now 21 years old, the actress has carved out a career that many actors couldn’t dream of in a lifetime.

Watch our latest episode of GLAMOUR Unfiltered above

It’s no wonder Elle has not only landed a coveted contract at L’Oreal Paris; she became the youngest-ever juror at the Cannes Film Festival. And she certainly has been serving up the style on the red carpet. Can we just talk about that Dior ensemble one more time, please?

Meeting Elle Fanning IRL, however, is very different. She is endearingly shy at first and skips through the conversation with palpable and highly positive energy. Prepare to fall for Fanning as she joins us for another empowering episode of GLAMOUR Unfiltered.

Here, Elle discusses the trappings of social media, how she gets herself out of her down moments and how fashion and beauty has given Elle faith in her personal style, at a time when she was teased at school for the way she looked…

We are all worth it. That’s the L’Oreal Paris tagline for a reason. That company is all about self love, self care and feeling confident. I think their major goal is, of course, hair, makeup and skin but it’s also making every woman around the world feel worth it and feel confident which is something everybody struggles with. I definitely have especially with social media as everybody’s comparing themselves to other people even though those photos aren’t real.

They’re photoshopped. You’re comparing yourself to a fake robot essentially and I think L’Oreal Paris is about taking care of yourself, being able to play with makeup and highlight the features you love about yourself. Be creative with your makeup looks and that’s certainly something I love to do. I love to experiment and be playful and have fun so it’s an incredible family to be a part of, too. There are so many incredible women that are a part of it so I’m so happy to be in the group. 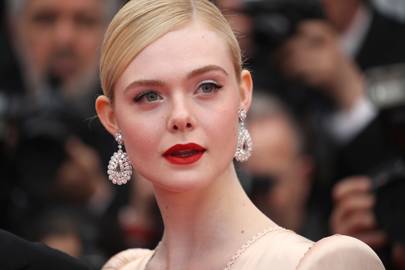 I think it’s certainly hard to pull yourself out of down moments, when you get into that hole. We’re seeing so many images all the time in our lives. There’s so much content – that word wasn’t even a word for a while. Sometimes you need a breather. Step outside, do some physical activity. I box so I let my aggression out in that way but just get off your phone. Don’t make comparisons because we all have those days where you’re feeling down about yourself.

We’re all kind of embarrassed to do that and it’s an embarrassing thing to be put on the spot. Earlier today someone put me on the spot and said, ‘what do you love about yourself?’ And I was like, ‘I don’t know? Should I say?’ That’s so awkward to say. We should be saying it, it’s something that shouldn’t be discouraged. There’s a difference between vanity and confidence. My favourite feature on my face is my nose. I love my nose. If I’m looking in the mirror, I can look at my nose and be ready to go. 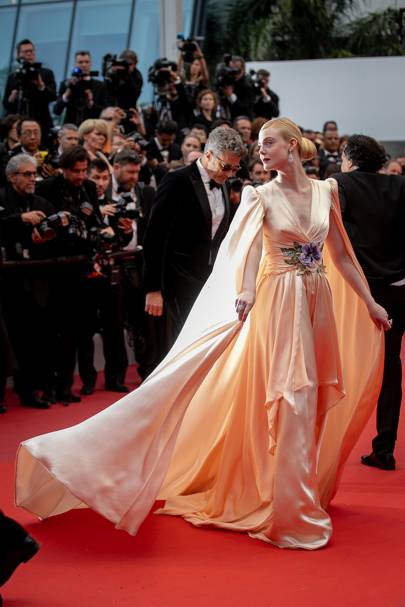 As a kid, I’d wear vintage clothes to school and wacky things and people would make fun of that…

I went to a regular school and Instagram was just starting out. I can’t think of kids born right now with a phone basically in their hand because I didn’t have a phone until later and social media wasn’t really a thing. But now it’s growing so much more. I tried to really stay true to myself. As a kid, I’d wear vintage clothes to school and wacky things and people would make fun of that and think that was strange but the red carpet and the fashion world embraced that in me.

You’d think it would be the other way around but the fashion world actually embraced me and made me feel confident wearing my crazy clothes. I’d go to school and I’d be like, ‘you don’t know nothing! Grace Coddington said she liked it!’ There was a confidence in the fashion world that made me feel ok to be true to myself. It is difficult, it’s the most important part of all of us to be us and accepted for us.

Whatever the last role I did is the one that made me grow the most. I grew up through characters as well. I started so young and was constantly learning and growing as a young woman and working with tons of female directors that inspired me so much. Maleficent is special because it’s the first sequel I’ve ever done. The first movie came out when I was 16 years old but I filmed it when I was 14 years old.

The next film is coming out soon and I’m 21 years old now, so getting to see a character grow that way – I’ve never had to do that before. I’ve never had to follow a character’s trajectory and create all the space between and ask who is she now? What do you want to represent in that character for people who are watching it – especially young girls. After the first film came out, young girls would come up to me and be like, ‘you’re Aurora!’ You owe it to them to create a strong character that you would be proud of them wanting to be like.

Because you have to audition for a part and if you get a part you’re like, ‘yes!’ It weirdly worked out that those directors I worked with when I was so young – really incredible directors like Sophia Coppola – they picked me. Learning from being on those sets also helps you learn what you want out of this career and this passion. Once I’ve gotten older, I can sometimes pick my own stuff and sometimes not. I gravitate towards certain things.

The filmmakers are a big part of it, the people who are in the film are too. With characters, I like people who are very different to myself. I like high pressured situations so whatever is the most challenging or if I can make myself feel very uncomfortable, I feel comfortable in that space.

Singing live on Teen Spirit really scared me that I was going to be a fraud.

I did Teen Spirit which is film where I sing. We did live performances and it was such a challenge. But overcoming that fear of being on stage and performing in front of extras – who we were being paid to watch me – I knew they had to applaud. Singing is very embarrassing. Whether you’re good or bad, there’s something very vulnerable about singing. There’s nothing you can hide behind, you hit the notes or you don’t, you feel the emotion, or you don’t, it’s very telling. It’s like a truth serum.

When someone sings, you can kinda tell if someone has a certain soul. I was scared that I was going to be a fraud. It’s a scary feeling where you’re like, ‘I don’t know if I’m good enough to do this?’ But it was very empowering after those performances feeling like you accomplished something and the adrenaline high is so insane. I get how people are addicted to performing on a stage like that. 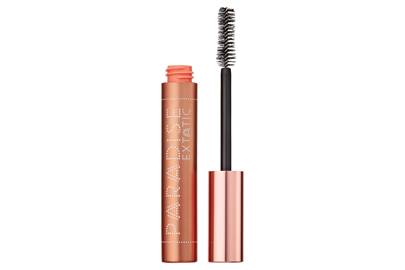 The beauty products that make me feel the most empowered are..