If the Buddha went to work, he would never argue with his colleagues, did not demand a salary increase and did not feel like a worthless person after talking with his superiors.

All the rest are forced to remain in the eternal search for office nirvana or seek support from others, complaining about this cruel and unjust world.SHE correspondents have learned whether a large salary can compensate a harmful boss, which prevents a woman from enjoying her work and whether she can love a job that you do not like with all your heart.

Modern society lives under the Olympic motto “faster, higher, stronger”, which, like a whip, urges to look for more fashionable clothes, a more successful man and more successful work. Recommendations on how to care for a husband or blouse, so as not to leave them as long as possible, lost relevance. The same with work – a lot of recommendations for finding and misleading the employer, but very little information on what to do with what already exists.

According to a survey conducted by SHE, only a quarter of our readers are doing what they love and are satisfied with their work, 15% are satisfied solely because of a good salary, 25% believe that they are not paid well, 20% would like to work in another sphere, the remaining 14% do not have a job.

While the theme of dislike for work has no gender, there are specific differences inherent in women. “Women, unlike men, do not need promotion,” says business consultant Ekaterina Gordeeva. “Men can move up the career ladder without the approval of the team, they need more money.” 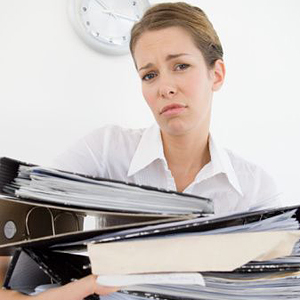 In addition, women are more sensitive to lack of comfort – lack of sun in the window or the presence of a draft easily spoils their mood.Men persist with inconvenience, anticipating the bonuses that they will receive in the future.

“Men have a better goal: he knows that now he is at this uncomfortable place, and then he can become a leader. The woman perceives those conditions that are in front of her, “continues Ms. Gordeeva. Although the work becomes hard labor not because of a draft and not because of the absence of the sun. There are more compelling reasons for this.

This is the most common complaint, and it is voiced in the form of accusations of third parties, and not as a recognition of their own failures. According to experts, a large salary certainly affects the overall satisfaction of work, but for a woman it is not a decisive factor. Often the reason for such complaints is an incorrect assessment of their abilities.

“Now a lot of people who are somewhat inadequately evaluate themselves. As a rule, this is corrected by reality: if a person can not find a job for six months, then you need to change the strategy and tactics of the search and, probably, work with the requests.

We faced situations when the salary expectations of job seekers during the interview changed at times – both in large and smaller, “says Jana Martyanova, head of the personnel department of TELE2 Novosibirsk.

If you think that the cause of all your troubles is low wages, try to analyze what else besides your work gives you money. According to Ekaterina Gordeeva, there are four types of salaries: money, health, satisfaction and knowledge. Current work can maintain your physical health, give satisfaction – when the process itself pleases, or give experience, additional skills that will be useful in the future. “Therefore, when a person says that he has a small salary, you need to see if he has considered everything. If none of the last three earnings is available and there is no money, then we can say that the salary is small, “Gordeeva sums up.

Every fifth of our readers would like to work in a different field. This may be due to an incorrect choice of a university in your youth or with the understanding that you have exhausted yourself in this place and no growth is foreseen. As a result, the process itself starts to irritate, and you do not understand what you are doing here and why. The realization of the senselessness and uselessness of the work of pleasure does not add, however, the desire to be useful, and not just serve time comes with age.

“At first, girls do not especially think about the benefits – they received a salary, they like to communicate with the client, or they put a new computer, or the boss is beautiful – they are happy and good. They do not care whether their work is important or not, “says Ekaterina Gordeeva. With age, the euphoria of small things disappears and there is a desire to be necessary.

Nevertheless, few women decide to start everything from scratch. According to Yana Martyanova, any sharp change in activity is a big risk, a way out of the “comfort zone”. Therefore, it is important to work out the plan in detail, exactly how you will move to the goal, whether you can achieve this in your company or definitely there is no such possibility.

Going to work only in order to secure yourself financially – quite boring. A woman goes to work, including to talk. Therefore, the question of relationships is much more important than moving up the career ladder. “It is important for a woman to have friends at work so that the man is in the team that would take care of her. All this will keep it, even if money will not be paid, “- says Ekaterina Gordeeva.

A special role is played by the boss – from him a woman is waiting for attention and respect. “Women are often dissatisfied with the inattention from the leader, lack of praise or the fact that the head screams at them,” says Lily Evsyukova, the personal growth coach. In this case, it is not necessary that the praise had a monetary equivalent – a woman of a kind word.

“If a manager comes to the woman and says:” Oh, how cool you did, but I can not raise my salary, but you’re so good “, she will not demand anything else,” – says Ekaterina Gordeeva, adding that such a number will not pass with a man.

If the chief does not know how to communicate with his subordinates, does not restrain his emotions and assert himself at your expense, there is no reason to expect unexpected changes, says Jan Martyanov. In this case, a high salary will not save – it will be necessary to tolerate attacks much more often than to receive it.

Can I love my work? You can, experts say. But only if you find something interesting in it for you personally, it does not matter what it will be: a friendly team, a sense of self-worth or the necessary knowledge for a future, already beloved work. There is one more trick. Find the source of pleasure in a quality performance – do not work through your sleeves, try to fulfill your mission by five points. The result will not take long. After all, we are always happy when something happens to us – and is it so important that it will be: an apple strudel or a grateful customer?

cultureEDIT Is Seeking Marketing And E-Commerce Interns In West Hollywood

Here’s how to boost your savings on a lower income