Influencer Mrs Hinch, who has over 4 million followers on Instagram, has 415 threads dedicated to her on Tattle Life at the time of writing, each of which contains hundreds of messages discussing the details of her life.

The content is a barrage of hate, criticism and ridicule from strangers online – mostly adult women – who have never met her. She’s been called “dull as dishwater” and a “spoilt brat filled with filler” based solely on what she posts on social media. Another Tattle user asserted: “Cleaning – sh*te, home – sh*te, parenting – sh*te”.

At first glance, Tattle Life appears just like any other forum site. There are subsections that help users navigate to different threads, a constant ticker at the bottom of the homepage shows new activity and a counter shows the number of people online at any one time (over 6,000 on a Friday afternoon). But, take a closer look and the true nature of the “gossip” site reveals itself through nasty thread titles and even more abusive user-posted content inside them.

Tattle Life describes itself as a “commentary website” on which anonymous strangers can openly discuss and critique social media influencers, bloggers and anyone else who chooses to “monetise their personal life as a business and release it into the public domain”. There are over 13,000 threads and 5,750,000 individual comments. 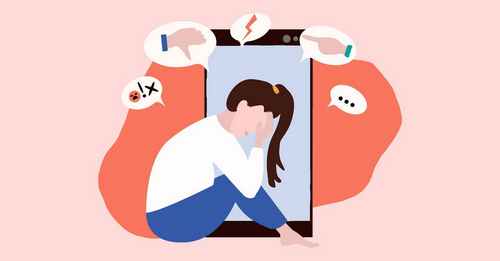 That is just the start. There are hundreds of thousands of comments far darker than these – which we won’t repeat here – against everyone from Alice Liveing, Tanya Burr and Zoe Sugg, to more ‘mainstream’ celebrities like Jesy Nelson and Stacey Solomon.

Despite how much they appear to loathe their victims, these trolls continue to view and commentate on their content. The vitriol is near-constant and at times oversteps into the victim’s personal lives to an alarming extent, including attempts to find their home addresses, how much they paid for their houses and other personal information. Sheldon told MPs the abuse is an “obsession”; one Tattle member openly admitted of Mrs Hinch, “She’s like crack, I don’t like her or want anything to do with her but I can’t help but watch the sh*t show!”

When Sheldon spoke to the DCMS about what she’d seen online, she did so from experience. “It’s just anything and everything that they can possibly tear down on. Anything,” she told me. Almost two years ago, she discovered a thread about herself on Tattle Life after hearing about the site through another influencer.

What she found horrified her, as she saw users attempting to find out intimate details about her life, including where her father lives and what her boyfriend does for a living. “It’s so much more than just critiquing my appearance; it’s finding my address, posting my address, trying to just completely destroy my privacy. But they say that it’s a public forum so it’s allowed,” she explained.

By mentioning Tattle Life and the harm it causes publicly, Sheldon knows the abuse on the site aimed at her will increase. It’s a toxic community that appears to thrive on causing harm. For this investigation, I asked 30 victims who have been targeted with abuse on Tattle Life to speak to me about their experience, and hardly anyone would go on record. Why? Fear. Yet another indictment of just how pernicious this site is.

A 2019 petition to get Tattle Life shut down has gathered almost 62,000 signatures. It was started by YouTuber Michelle Chapman, who was the target of “relentless abuse, bullying, harassment, discrimination and even doxxing from this forum”.

What Em found horrified her, as she saw users attempting to find out intimate details about her life, including where her father lives and what her boyfriend does for a living

Signing up to post on Tattle Life is a simple process that involves giving no true information other than an email address. There is no requirement to use your real name or date of birth when signing up; fake usernames and profile photos are a feature of the site, affording users the cover of anonymity. By registering, users agree to terms that include no “abusive or hateful messages” or “behaviour that could be seen as harassment”.

The site has a membership of 217,650 users and counting, yet it lists just three staff member accounts as moderators – making it impractical for threads to be sufficiently, and actively, monitored. The complaints system consists of a rudimentary Hotmail email address and decisions surrounding grievances are at the discretion of staff, who themselves are largely anonymous.

The true ownership of Tattle Life is likewise shrouded in secrecy. A footnote at the bottom of the homepage states Tattle Life is owned by a website called Lime Goss – a blog website home to posts with titles such as, “Why Women Support Women is so Toxic” and “Why Influencers Are So Insidious”.

The blog also contains an interview with the purported founder of Tattle Life, Helen McDougal. In the post, they reasoned: “Most influencers complain about tattle life and just talk about comments on their appearance, when this is a tiny percentage of all comments. Yes they may not be nice to read about yourself, but that’s what happens when you make yourself a public figure.”

Comments under the blog post, however, cast doubt on the true identity of the site’s owner and suggest that McDougal is a pseudonym. Some even claim to know who the owner of Tattle Life is, suggesting that they themselves are a London-based influencer.

One person commented on an apparent rumour that the owner of Tattle is “a London based-influencer with a large following and not, as the pseudonym suggests, ‘Helen McDougal’.”

Another commented saying, “Lots of us now know who is behind tattle”, while another person claimed, “I dare not actually say her name, but she recently moved out of London and Europe all together largely to avoid the heat.”

One wrote: “To create this and hide behind a pseudonym is utterly dismal. No one should ‘out’ the name, she should do it herself”.

At present, online abuse is harder to police than in-person interactions and is made all the more difficult by anonymity. Law enforcement agencies require the cooperation of the platforms on which the abuse is being perpetrated by anonymous accounts to help identify and prosecute those responsible – often this is not forthcoming.

There is also ambiguity over to what extent this anonymous online commentary constitutes free speech – the fine balance between that, and abuse, is difficult to define and, therefore, police. Abuse targeted at protected characteristics, such as, race, religion, sexuality or disability, is more clear-cut. Trolling, which includes sending abusive and hurtful comments across all social media platforms, can be prosecuted under the Malicious Communication Act 1988 and the Communications Act 2003. On the advice of the police, Sheldon has been told that abuse aimed at her does break the Malicious Communication Act 1988.

In May, the government published a draft of a new Online Safety Bill as part of its goal to make the internet “safe”. With it, increased duty of care measures will be introduced to place responsibility on certain user-to-user platforms to regulate “content that is illegal or which, although legal, is harmful to children or adults” – this includes performing risk assessments and proportionately mitigating risk of harm caused.

While the proposed bill won’t make harmful content illegal, it will place more accountability on the platforms to tackle the content that users create on their sites.

Sheldon has been made to feel unsafe at the hands of commentators on Tattle Life, so much so that she no longer goes for runs and has security cameras placed on her property. In her experience, Tattle Life has done little to stop the abuse despite her reaching out to them, and she’d be pleased to see the website shut down completely.

“I just think if these websites can be shut down then it stops this ‘community feel’ that they have,” she explained. “Some people on there generate thousands of posts and they get badges for posting. It’s just crazy. I think they feel like they’re a community.”

How to get your dating mojo back after lockdown

Hard seltzers are this summer’s drink, so here are some of the best ones to say cheers with