The Texas-born rapper stormed to the top of the US chart in May with Savage – the song that’s become the soundtrack to a viral dance craze on TikTok. As well as dominating the US charts, the hit reached number three in the UK, thanks to a remix featuring Beyonce.

Megan Thee Stallion says she is in recovery after being shot during an incident on Sunday, July 12. Earlier this week TMZ reported that the “Savage” singer was with rapper Tory Lanez at the time of his arrest on July 12 on a concealed-weapons charge.

Now she’s giving her side of the story. Megan Thee Stallion posted to Instagram on Wednesday, July 15, to set the record straight. “This whole experience was an eye opener and a blessing in disguise. I hate that it took this experience for me to learn how to protect my energy,” she wrote in a caption alongside her statement.

“On Sunday morning, I suffered gunshot wounds, as a result of a crime that was committed against me and done with the intention to physically harm me,” she wrote. “I was never arrested, the police officers drove me to the hospital where I underwent surgery to remove the bullets. I’m incredibly grateful to be alive and that I’m expected to make a full recovery, but it was important for me to clarify details about this traumatic night. I’m currently focused on my recovery, so I can return back to my life and back to making music as soon as possible.”

It’s not known known as this time what crime, specifically, Megan says she was the victim of, but this story is unfolding. We will be sure to update this post with more information as it comes, and we’re wishing Megan a speedy recovery. 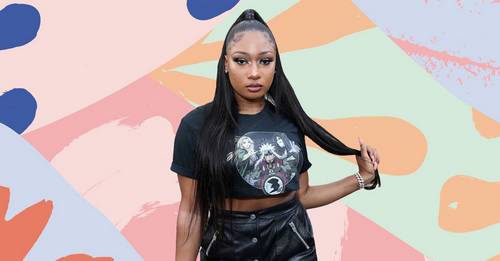 Charlize Theron is Nailing Single Parenthood With Her 2 Adopted Daughters

Charlize Theron may be a huge mega movie star in Hollywood, but at home she’s just Mom to her two daughters. The Bombshell actress, who pretty much always looks flawless, has two adopted children and is nailing single parenthood. While she mostly keeps her daughters sheltered from the public and social media, we have seen glimpses of them and learned a little bit about them – like how much they make their famous mom laugh! Check out what else we know about them. 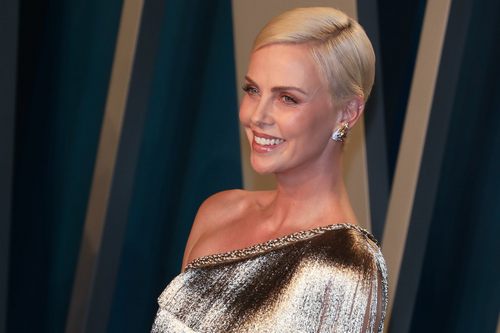 Jackson Theron was born Jan. 11, 2012. Charlize adopted Jackson in early 2012 and announced it in March of that year. Jackson realized very early in life that she was transgender, and Charlize has been raising her as a girl ever since. Charlize told the Daily Mail in 2019, “Yes, I thought she was a boy, too. Until she looked at me when she was 3 years old and said: ‘I am not a boy!'” Charlize adopted Jackson as a single parent and told E! News soon after the adoption that she fell in love immediately with being a mom. “It’s strangely everything that you’ve hoped for and it feels so right. I don’t know how else to say it,” she said.

Charlize adopted August Theron in July 2015. She is Charlize’s youngest daughter. August, just like Jackson, was adopted within the United States. Charlize told NPR in late 2019 that when she was looking to adopt, she had no parameters and just wanted to find children to love. “I wanted to believe that somehow my child would find me in the way that we were just meant to be,” she said. “So I wasn’t specific with anything.. .. In whatever country they would allow me as a single woman to adopt, that’s where I filed.” She also told People in 2018 that both of her daughters make her laugh like “nobody’s business.”

The Mean Girls Musical is coming to the big screen

The best celebrity manicures of 2020 that we’re totally copying