Whenever people see my tattoos, they immediately ask what they mean. For the designs on my body that serve no specific purpose or have no other “meaning” besides I think that they look cool (like the skeleton on my ankle), I feel pressure to attach something sentimental to them.

But it’s not necessary for tattoos to have a specific interpretation or symbolism in order to be significant to you. And even if it is insignificant to you, all that matters is that you chose to get it because you liked it and wanted it on your body.

After spending time with tattooer Mars Hobrecker in his studio nestled in the back of The Living Gallery, an event space and art gallery in Williamsburg, Brooklyn, I now feel more open to getting a tattoo that I didn’t spend months or years planning out, like the deer on the back of my arm that pays homage to a trip I took to Japan with my dad or the hand holding flowers on my inner arm that is a tribute to the women in my family.

Most of Hobrecker’s appointments are based on predrawn designs, which are known as “flash” in the tattoo community. His clients pick from the latest designs he’s drawn that are taped onto the pages of a photography magazine. 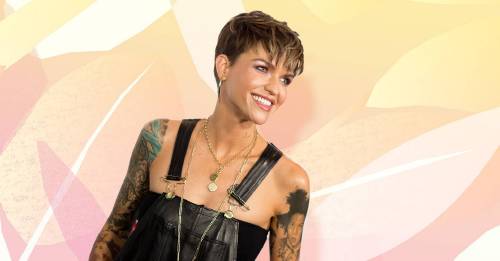 Flipping through it, I noticed drawings of objects including everyday objects, like chairs and toothbrushes, and medical equipment, like a speculum, as well as people, both clothed and naked. At first, I was closed off to most of them, mostly because I was trying to connect something sentimental to each of them. The lady sitting in the chair didn’t have a vague resemblance to my grandma and the man hoisting a woman in the air didn’t resemble my ideal relationship.

Hobrecker was incredibly patient as I looked through the magazine-turned-flash-book dozens of time trying to pick something for him to ink onto my skin. He tells me what freaks him out the most is when people open the book and almost immediately point to a design they’d like.
“I just feel like I could never be that decisive,” Hoebrecker tells me as I spot a Cruella de Vil-like a woman walking a gaggle of Dalmatians, a package of birth control pills, and a circus-performing couple. I find myself gravitating toward the nude sketches of people covered in colorful flowers, or “garden people,” as Hobrecker calls them.

Each design in the flash book demonstrates a striking between Hobrecker’s style and the many delicate flowers and tiny tattoos that flood Instagram feeds, and unlike the slim pin-up girls of traditional tattoo designs, Hobrecker has a refreshing take on representation in his work.

Like me, most of Hobrecker’s clients take their time selecting what designs they want permanently etched into their bodies. They’ll flag a couple pages and discuss their top three picks with the tattooer, and some even settle on one completely at random. “I feel like that’s actually a great method because even if you pick the one you like less, you immediately know you like the other one more,” he says. “If you have that sink in your stomach, like, ‘Oh I was hoping for the other one,’ then you know that’s the real choice.”

I find way more meaning in taking a moment to sit with my body and think about my relationship with it.

If you ask Hobrecker, determining whether or not the image “means” something to you should be secondary. Instead, he believes a tattoo’s significance could be found in the tattooing process itself. “I find way more meaning in taking a moment to sit with my body, think about my relationship with it, and have that hour or two where you’re really forced to think about yourself and have this very physical sensation associated with that,” he explains. “For me, that holds way more meaning than a rose that you get for your mom.”

Although Hobrecker set up shop in The Living Gallery in December 2016, he’s unsure of when he officially became a tattooer, mostly because it wasn’t a career goal of his. (Note: Hobrecker never refers to himself as a “tattoo artist,” which stems from feeling like tattooing isn’t an art practice.)

About three years ago, 25-year-old Hobrecker graduated from school for photography but realized he didn’t want to take photos anymore. Selling his camera equipment and buying a tattoo machine became his next option. At the age of 16, giving “horrible” stick and pokes with sewing needles to his friends and friends of friends became one of his regular extracurricular activities. From this, tattooing became less about the art of it to him, but more about helping people assert control over their bodies. As a trans man, this discovery was crucial to Hobrecker.

“When I was younger, I was always very involved in queer and trans communities,” he says. “The people I was surrounding myself with, myself included, didn’t feel super at home in our bodies.”

“My first tattoo was a very permanent reminder of the ownership I had over my own body.

In Hobrecker’s case, he didn’t feel like he had control over his body when he was younger either, having attended an all-girls Catholic school where he was required to wear a uniform and barred from dyeing his hair. In this controlled environment, all Hobrecker could do was get a tattoo in secret when he was 18. “That was something that couldn’t be taken away from me,” he says. “That was a very permanent reminder for me of the ownership I had over my own body.”

With his background in stick and pokes, Hobrecker figured a machine would be a faster way to tattoo. Once he had one, he taught himself how to tattoo via the Internet, learning about different machines and needles. Typically, this kind of information is accessed through traditional apprenticeships in tattoo shops. Hobrecker mostly circumvented this by tapping Instagram’s “weird” tattoo community, which he declares is “entirely noncompetitive.” In fact, most of Hobrecker’s tattoos, which add up to about 50, are trades from other tattooers.

Hobrecker explains that, oftentimes, tattoo artists share information with each other, too. “It feels really supportive, and I think that’s because a lot us did come into tattooing through nontraditional means,” he explains. “Tattooing has had a lot of gatekeeping in the ways that people are allowed to learn and access to information, but now there’s a wonderful community of people who snuck in through the back door and are really supportive of one another because we all kind of went about it the same way.”

The tattoo community feels really supportive, and I think that’s because a lot of us came into it through nontraditional means.

These delicate finger tattoo designs are perfect for first-timers

Because he doesn’t consider himself an illustrator and doesn’t draw unless it’s for a tattoo design, Hobrecker’s distinct style developed as he learned to tattoo, too. He read that you needed separate needles for lines and shading, and this influx of information was so confusing to him that he decided to skip shading altogether and focus on lines. “That’s why I draw like this,” he says. “It was really an entirely practical decision.”

Somewhere on Pinterest, Hobrecker keeps a board filled with more 200 photos he plans to use as references for drawings. As the earlier mentions of medical paraphernalia might suggest, he gravitates towards medical imagery. “Even the [designs] that don’t look like they were from old medical texts are,” he says. This comes as a surprise when he later tells me he’s had a largely negative experience with medicine, due to “going through transgender help and as someone who has really severe chronic pain – both things that doctors don’t really like to believe people have because they’re not necessarily visual.”

He also draws inspiration extensively from sideshow and circus history. When he sees these pictures from the past, “I look at them and think this looks like me and my friends,” he says.

“It was a lot of trans people and a lot of disabled people with nontraditional bodies, so I feel like I relate.” However, he’s very careful about which images he pulls from because of the controversial history of sideshows and circuses. “I don’t need to profit off of someone’s images who has already been used in that way for centuries,” he says.

Due to time restrictions, I wasn’t able to add one of Hobrecker’s flash designs to my tattoo collection. I browsed the book so much while talking to him that I basically memorized it, but once an image of a sitting garden woman called out to me, our interview was coming to an end. (I now know I truly wanted her because I saw on Hobrecker’s Instagram that someone else recently picked her out, and a pang of jealousy hit me.) Talking to Hoebreker nevertheless offered a different type of permanent change for me, though.

Next time I visit Hobrecker’s studio, I’m more likely to select something randomly than when I first went there. This specific part of our conversation will pop in my head when I thumb through his flash book once again: “I think that the image can just be something that’s fun, something that you vibe with. The meaning can be much more in making a commitment to a permanent change to yourself.” 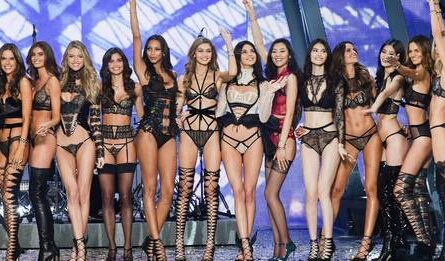 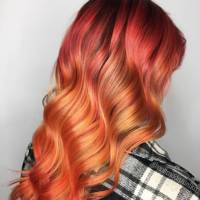