The public apologies issued by famous men accused of sexual assault, including Harvey Weinstein, Kevin Spacey, Louis CK, George Takei, and Jeremy Piven, have been, by and large, disappointing, excuse-laden efforts to quell outrage and ultimately exonerate the men behind them of any real responsibility for their actions. Weinstein, who has been accused of sexually assaulting 57 women, blamed it on “[coming] of age in the 60s and 70s, when all the rules about behavior and workplaces were different,” while CK, who five women say non-consensually masturbated in front of them, admitted to wrongdoing but ultimately, some argue, made the apology more about himself than his victims, emphasizing how much the women in question “admired” him. Thankfully, poet Isobel O’Hare has graciously stepped in to edit these responses via Instagram.

“all these my hims” – I blacked out Kevin Spacey’s statement. #erasure #erasurepoetry #blackout #metoo #kevinspacey

By blacking out large sections of text dedicated to denial, excuse-making, and self-congratulation, O’Hare’s “erasure poetry” gets at both the reality of what these so-called “apologies” insinuate and what they don’t say but should. For example, CK’s long-winded diatribe simply becomes: “my dick has given me a long and lucky career.” Spacey’s efforts at smoothing over allegations that he had a sexual relationship with a 14-year-old boy by coming out as gay morphs into: “there are stories out there about me that have been fueled by my own behavior.”

“I want people to see what these statements are really conveying, which I think is a very male narcissism that demands constant attention, praise, and forgiveness,” O’Hare told Mashable. “I hope that the form of erasure itself draws attention to the fact that these men have in fact erased the voices of their victims, for many years, some very deliberately and litigiously.”

“my own behavior” – I did a second blackout of Kevin Spacey’s statement. #poetry #erasure #erasurepoetry #blackout #kevinspacey #metoo

Indeed, if anything brings to light the problematic, PR-driven nature of these statements, it’s the amount of gratuitous text that’s been blacked out. It begs the question: How much of what is offered to victims of sexual assault is actually for their benefit, and how much is just fluff meant to diffuse the situation and keep powerful men in power? These poems are scathing critiques not just of the men in question, but of an entire system that enables them to have a shot at redemption without making any meaningful changes to the power structures that allowed them to be predatory in the first place.

“I hope survivors start erasing the hell out of the words of abusive, powerful people,” O’Hare says. “I hope space can open up for vulnerable, silenced, marginalized individuals to make the kind of art that deserves to be seen. And I want powerful abusive people to feel scared for once.”

“ignoring the truth” – I blacked out Jesse Lacey’s statement. This one was difficult for me because the context of his abuse is close to home (he targeted underage girls, but makes no mention of that in his statement, instead framing this as an issue of marital infidelity and sex addiction). I did three iterations of this before settling on this one, and the first one has droplets of my own blood on it because I was biting my thumb so hard while blacking it out). #erasure #erasurepoetry #blackout #jesselacey #brandnew #metoo 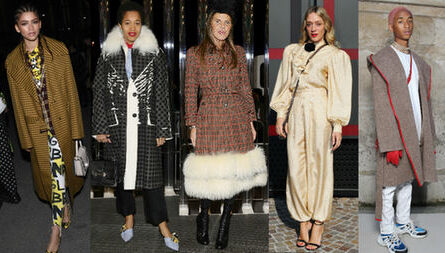 The Best-Dressed Front Row-ers From the Fall 2018 Shows 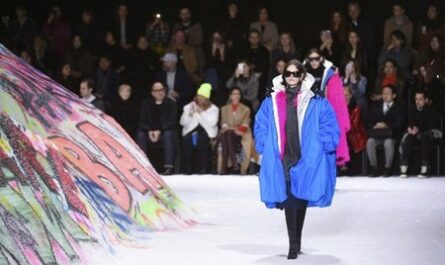 Balenciaga Sharply Dials It Back – Kind of – for Fall 2018 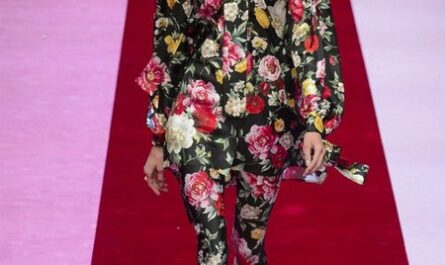