This is probably because I’ve never identified as a hopeless romantic myself. I’ve viewed relationships with a critical eye, à la Carrie Bradshaw when she told Charlotte: “Let’s look at the odds.

Realistically, how many guys do we ever hit it off with? Very few. And even if we do, those relationships don’t last. And even if they did, men die first so we’re right back where we started.” Cynical? Yes. Do I agree with the statement? Also yes.

When I hear the words “hopeless romantic,” my mind instantly goes to a YA novel about a teenager’s first love or a rom-com that has one too many cheesy pickup lines and bouquets of red roses. The phrase has always struck me as a bit undesirable, describing someone I’d typically not want to date.

Yes, I still partake in the traditional hand-holding, cutesy nicknames, and intimate date nights, but that’s all part of my strategy. Trust me, there’s an art to being a pragmatic lover. 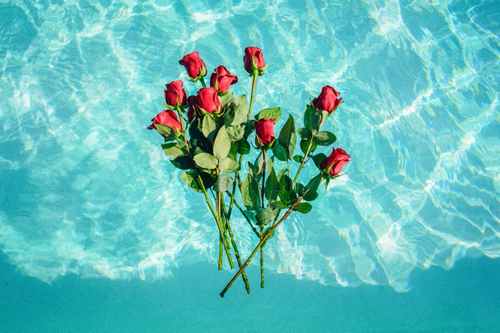 As a serial dater in my mid-twenties, romantic relationships are hit or miss – with more misses than hits. I prefer to have fun and avoid the heartbreak, and by doing so, my relationships involve a greater amount of this so-called “fun” and less romance. As someone who is skeptical of relationships in general, I take them all with a grain of salt. Yes, I still partake in the traditional hand-holding, cutesy nicknames, and intimate date nights, but that’s all part of my strategy.

Trust me, there’s an art to being a pragmatic lover. I’m no monster, I do enjoy receiving a batch of over-priced red roses and the occasional sweet text, I just have never considered myself to be one of them (read: a hopeless romantic). That is, until I took this personality test.

It was the name that drew me in. The “Hopeless Romantic Test.” Intrigued? Yes. A hopeless romantic? There’s no way. .. right? Due to the small shadow of doubt that I had (and hey, the test is free), I decided to take my chances and see what this online quiz had to say about me. (While I might take my relationships with a grain of salt, I wholeheartedly believe anything a free test on the internet has to say about me.) The Psychology Today test claimed that once you had your results, you would know whether you’re “Romeo or Juliet personified,” and with a promise like that, I knew it was go time.

The test is only 17 questions, and it took me less than five minutes to complete. With quick multiple-choice prompts, I flew through the quiz and was ready to reclaim my self-given title as a pragmatic lover. The results were in, along with four enlightening quotes about romance. (One of them being, “When one is in love, one always begins by deceiving oneself, and one always ends by deceiving others. That is what the world calls a romance.” – Oscar Wilde. Even more pessimistic than Carrie’s take, if you ask me.)

I scrolled down to see just how much of a heartbreaker I was, only to find out that the test had rated my “Romance Index” as a 79 out of 100. The quiz held back nothing, and informed me that, “According to your score, you are a bit of a hopeless romantic.” Who, me?

The one who dates someone for months but holds off putting a label on the relationship because she wants to seem available when it crashes and burns? It can’t be! But as I read more of the results, I realized, it could be.

The test informed me that I appreciated romantic gestures like flowers and wine (guilty), and that some of my romantic partners might not be as thoughtful as I am when it comes to little things. As the reality set in that I could actually be a hopeless romantic, my perception of my relationships began to change. I started to feel more open to displaying my affection, and I realized that there’s nothing wrong with wearing your heart on your sleeve. Letting your partner know you love them is not undesirable, it’s part of being in an honest relationship. After years of viewing love like Carrie Bradshaw, this online test challenged my approach, and it is already strengthening my relationships.

Gavin Stacey fans – a sequel is officially occurin’, according to the BBC!