“It then comes as no surprise that a dietary insufficiency of omega-3 fatty acids leads to cognitive deficits.”

Good news for people looking to sleep better and boost their IQ – a new study published by the University of Pennsylvania says that regular fish consumption has been shown to improve cognition and help people fall asleep. They also found that children who consume fish at least weekly fall asleep better and have higher IQs by nearly five points. (These 10 seafood facts will change how you eat fish forever.)

While previous studies showed a relationship between omega-3 consumption and improved intelligence, none had established a link between improved sleep, intelligence, and fish consumption. The new study recruited 541 children in China, almost evenly split between boys and girls. 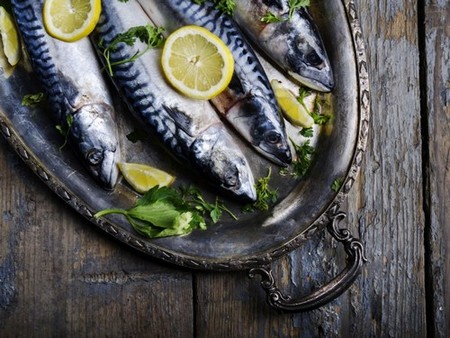 The researchers tracked fish consumption along with the kids’ performance on both verbal and non-verbal skill tests such as vocabulary and coding. Parents helped log how well the kids slept. After all the data was collected and analyzed, the Penn researchers found that children who reported eating fish at least weekly scored 4.8 points higher on their IQ exams than those who reported eating fish “seldom” or “never.” Those who ate fish regularly also slept sounder.

The researchers on the team also noted that poor sleep is often accompanied by antisocial behaviour, poor cognition, and a variety of other problems – all of which could be lessened by increasing the amount of fish or omega-3 fatty acids in their diet.

“It is clear that omega-3 fatty acids affect brain structure and performance,” says Dr. Vaughn. “We don’t know the ‘right’ amount of consumption so it’s certainly plausible that increased omega-3 dietary intake might lead to small improvements in cognition, with improved sleep as a mediating factor.”

Fibre Is Good for Us, But Scientists Haven’t Known Why Until Now

The Gross Truth About the World’s Most Expensive Coffee