However, a recent report from Superdrug has found that the most popular contraceptive method can vary from country to country. For instance, Portugal was the top country for use of the pill at 49.9%, while Japan reported the highest usage of male condoms at 46.1%.

Contraception is an issue that affects almost every human being on this planet, and yet so often the responsibility of it falls to women.

After all, the most popular contraceptive method in the UK is the pill, the condom coming second. The prevalence of the pill – seeing as a male contraceptive pill is not in mainstream use – means that women are likely to shoulder the burden.

Further to that, it’s been found that the most popular contraceptive method in the world is female sterilisation, employed by 19.2% of women worldwide.

The number two method is the IUD (such as the Mirena or copper coil), which was found to be used by 13.7% of women. The percentage of people using the contraceptive pill as a primary method was 8.8% and 7.7% used male condoms. 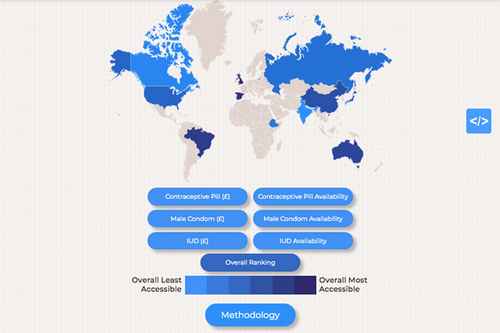 Courtesy of The Online Doctor, Superdrug

What is female sterilisation?

This contraceptive process (which is 99.5% effective) involves having the Fallopian tubes are cut and tied off. In the Dominican Republic, 47% of couples choose female sterilisation, while in the US 20.6% of women opt for it as a form of contraception.

So why is it that this method isn’t as prevalent in the UK? “Female sterilisation is less commonly used in the UK, as although women may find it convenient to never have to worry about contraception, it cannot be reversed,” Sam Leimanis a spokesperson for the British Pregnancy Advisory Service (BPAS), says.

“Often, when enquiring about female sterilisation, many women will be discouraged from this method as they are told they might ‘change their minds’ and are encouraged to try long-acting but reversible methods.” 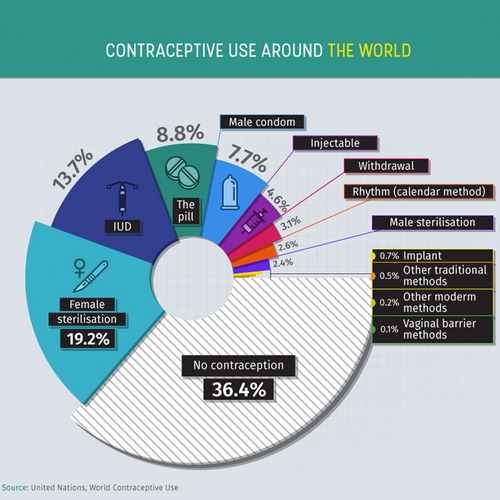 Courtesy of The Online Doctor, Superdrug

What about male sterilisation?

Things really do vary according to country, as male sterilisation – a vasectomy, which involves the sperm duct being cut or tied off – has replaced female sterilisation in Canada as the top method of contraception. It only rates at 2.4% when it comes to its usage around the world, though.

“Vasectomies and condoms are the only forms of male contraception available which goes some way towards explaining its popularity in some countries,” Sam says. “However, in the UK there are often long waiting lists.

It is also seen as a readily reversible method, which is not accurate – success rates for this can vary significantly.

“They do however offer one of the only options for men to take responsibility for contraception.”

How Parents Can Tell the Difference Between Cold and Coronavirus Symptoms