Last week Daniel Craig commented on the topic, telling Radio Times ‘women deserve their own parts that are just as good. There should simply be better parts for women and actors of colour, why should a woman play James Bond when there should be a part just as good as James Bond, but for a woman?’.

The James Bond films have always been subject to debate, and in the last decade the main talking point has been ‘should a woman be cast in the role of Bond?’. The global premiere for ‘No Time To Die’ took place last night, at London’s Royal Albert Hall, and sparked up the conversation once more.

And I agree. Why should women be fighting for these scraps? A franchise centered around toxic masculinity and machoism, where women have been treated as pretty props in storylines, isn’t a role women deserve. We don’t just deserve parts ‘as good as James Bond’, we deserve better.

Back in 2018, a YouTube video went viral, it cut together some of Bond’s most misogynistic moments from Sean Connery’s Bond beating a confession out of Daniela Bianchi’s Tatiana Romanova, to Daniel Craig’s Bond taking advantage of vulnerable women in Skyfall.

These snippets are just a few of the dozens of moments from the films which are seeped in overt sexism, and the books by Ian Fleming are no better. 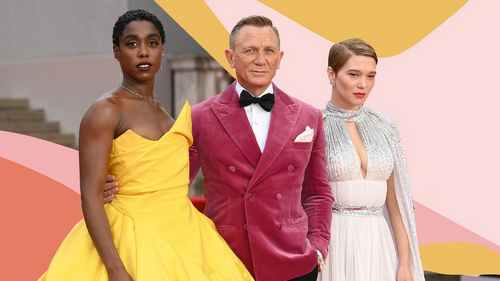 The misogyny goes deeper still – I think the whole concept of Bond, and his appeal, is rooted in toxic masculinity. How would you characterise Bond? A lady’s man, emotionless, cold? It’s a (un)happy marriage of misogynistic traits, born from the idea that a ‘real man’ doesn’t do vulnerability, that women find machoism attractive, and that the colder, harder, and tougher you can be, the better.

In society, many of us are working to undo this stereotype, because men not being given the space or encouraged to express their feelings can have dire consequences – suicide is the single biggest cause of death for men under 45, an epidemic many experts link with society’s shunning of men who talk about their feelings.

These toxic traits being glamourised feeds into a culture of male violence, when Bond, seen as Britain’s archetypal man, is portrayed preying on vulnerable women, speaking to women as if they are sex objects there for his pleasure, and in some cases, being physically violent with women, it normalises and green-lights such behaviour.

In the year ending March 2020, the Office for National Statistics (ONS) estimated that 4.9 million women had been victims of sexual assault in their lives. This included 1.4 million who had been raped, or had faced attempted rape – 98.5% of the rapists were identified as men. We need male heroes playing roles that are strong in a modern way, where being sensitive, kind and gentle are seen as superpowers.