After news broke that Meghan and Harry were expecting their first child back in October, the Duchess of Sussex has been photographed with her hand on her bump on a number of occasions.

First while they were on their first official royal tour together in Australia and most recently, when Meghan made a surprise appearance at the British Fashion Awards when she appeared on stage to present her wedding dress designer, Clare Waight Keller, with the British Womenswear Designer of the Year award.

Sadly, the Duchess’s love for cradling her bump has been heavily criticised all over Twitter, with users claiming she’s ‘touching her stomach too much’, branding it ‘annoying’ and ‘smug’. And mummy shaming is not OK. 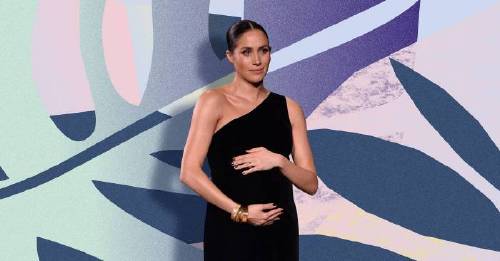 According to an expert, touching your baby bump during pregnancy should be positively encouraged. Katherine Graves, founder of KG Hypnobirthing, told the Daily Mail that, ‘It’s a positive thing for both mum and baby to touch and reassure baby, which is vital for baby’s bonding and well being, staving off postnatal depression and facilitating healthy connection for all.’ Graves added that, ‘It has been shown time and time again that babies recognise what they have experienced in the womb after they are born. If touching her bump does nothing more than help Meghan feel calm, even that will have a profound effect on her baby.’

The trolls have well and truly been told – keep cradling that bump, Meghan.

Every dress you *need* to see, from this year’s, Vanity Fair Oscars after party