Have you ever watched RuPaul’s Drag Race? Have you ever screamed ‘yaaaas queeen’ at your friend over an overpriced plateful of avocado as she downs her Prosecco Bellini at 11am on a Sunday? Have you ever tried on a particularly unusual shade of lipstick and looked at yourself in the mirror and just instantly said ‘yes b*tch’ in a good way – not a problematic way – because you looked just… so good?

The book on everyone’s desk at HQ right now? Diary of a Drag Queen, which follows a year in the life of Crystal Rasmussen, Tom Rasmussen’s drag persona, as she navigates being queer in the 21st century, from the hilarious to the bleak reality of being queer in London, the book paints a unique portrayal of the queer experience and we’re so here for it. We asked Tom to write an account of what it’s really like to be a drag queen in the 21st century…

If you answered yes to any of the above, it’s likely you’re either a drag queen or someone who really likes them. A lot of being a drag queen is this: looking really good, obviously, downing Bellinis at 11am and watching RuPaul’s Drag Race (although from a critical standpoint because the show denies access to trans and non-binary people, and performers assigned female at birth, which doesn’t just make the show worse, it creates major inequalities in a scene which should uplift the most marginalised voices).

Yes, being a drag queen is, in part, about sequins, cocktails and delivering those now mainstream catchphrases all the live-long day. But it doesn’t stop here, even though a lot of people think it does. 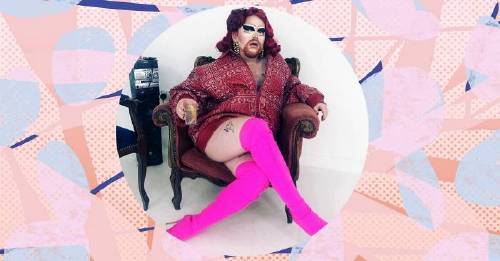 A lot of things change when you’re in drag. Of course, the way you feel about yourself changes. For me, I feel empowered to take up space; I feel momentarily at peace with my gender; I feel emotionally in sync with other femme and non-binary bodies around me and before me; I feel grateful for my forebears; and I feel all of this while feeling, perhaps most prominently, scared.

But being scared is anathema how you look. To the outside world, when you’re in full face and get-up, you invite commentary, tongue pops, “yasss queens”, abuse, physical attack, celebration and adulation in approximately equal measure. For every person who has thanked a drag performer for changing their life, there’s another who calls them disgusting on the Overground.

It seems that by painting on a barrier, people no longer see you as a person: now you’re in drag you’re either sub or super-human. By building a new face and transgressing binary lines of gender, you become a visible outlier: like the brightest apple, which people assume is ripe for the picking. People assume many things that they wouldn’t assume about other, plain-clothes folk.

We’re all fabulous; we’re all loud; we’re all here for your consumption and entertainment; we’re all here because we aren’t good at other things, because we couldn’t get a real job. People assume we’ll take any sexual advance we can get, while also assuming that we’re too freaky to be sexual with. People assume that we’re a little dumb, an accessory, a stunning prop for a brilliant Instagram post. People think we want to go shopping, that we live in hovels underground (although I did for five years, but that’s more about class than drag), and that we are most probably self-involved – bitchy, even.

I don’t want to take out all the fun of drag – some of this can be true – we are fabulous – but that is not the whole story,

If I had a pound, a penny even, for every time somebody thought they could touch me, my hair, my bum, my glittering beard because I’m in drag; if I had a fiver, or five pence, for every time someone shouted an absolute nothing statement in the street like ‘yas kween’ or ‘faggot’, I’d have a tenth of the cash for a shared ownership scheme and would be well on my way up the property ladder.

After a while it becomes exhausting being either hailed as a champion or labeled a demon, because after a while you realise just how much you’re doing, as someone who visibly transgresses the norm, to allow others to ask questions. Questions your difference has already forced you to answer… and, like, I didn’t sign up for this constant bloody test.

Over time I realised these patterns of interaction were setting in: ones based in homophobia and misogyny, in the assumption that because you’re femme you’re lesser, that because you’re gay you’re stupid and bitchy. It sounds like I’m being overdramatic, but I challenge you to sit and have the same conversations over and over again limited either to the more engaged “I am heterosexual, but I feel queer, but I think bum sex is gross” or to the drunken “weeee neeeeed to go shoppppppiiiinnnnggggggg”.

So how can we continue to be fans of drag, but also engage with the realities and labour drag performers are exposed to? Well, first, buy my book (lol, but seriously, do: it’s really stunning and gorj); second – support your local drag nights. Go out, watch drag that isn’t illegally streamed from PutLocker, and listen to the messages of those performers, remember what wonder they’re giving you, how through their hard work, their smarts, their enlightened world view they’re giving you real insight into what it could be like to leave normativity behind. Don’t assume we’re all fabulous – I’m actually kind of boring, I just know how to tell a corker of a story and weird things with poo seem to happen to me all the time.

At every show I’ve ever done, a woman with blue hair sits in the audience. Let’s call her Lauren. Lauren is the kind of person who left those assumptions behind a while ago: she’s full of wisdom, and gratitude, she supports performers, asks if you got home safe, really engages with the message of a show, and she still watches RuPaul. My advice is to be more Lauren. Because, after some years now, Lauren and I chat makeup, hair, dresses, sex and serious stuff all at once. It just takes a little bit of work to get there, like it would with anyone. And while we look fantastic and can hold a room, we’re much like anyone else. So go on, ask me a question! Yasss Queen! You can do it!

I completely agree with Meghan Markle, blood is not always thicker than water 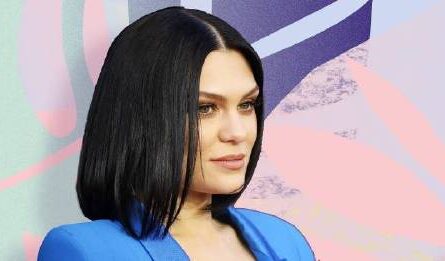