But then a few weeks later the lump hadn’t gone, so I decided to visit my GP. “I can feel it, the lump, but I’m sure it’s nothing,” my doctor said. “I’m going to refer you for a non-urgent ultrasound.”
It was around the end of February when I first felt the lump in the right side of my abdomen. My periods hadn’t been quite right – my last one was so light I wondered if I’d skipped it altogether – but I was young and fit so I didn’t think much of it. In fact, I was training for the London Marathon and I’d never felt healthier.

But later that day, my mum – who’s a nurse – rang me up. “I don’t mean to scare you Toria, but I want you to go back and request a blood test called a CA125. It checks for ovarian cancer.”

On my way back to the doctors, I Googled the symptoms of ovarian cancer and realised I had every single one, but I’d just put them down to various things. The bloating: I’d always suffered a mild form of IBS so assumed it was because I was eating more green stuff. The tiredness: training for a marathon, working shifts as an NICU nurse and looking after two four-year-old twin boys is pretty damn exhausting! The frequent peeing: I was getting up in the night to wee which I never usually did, but just assumed it was because I was drinking more water. 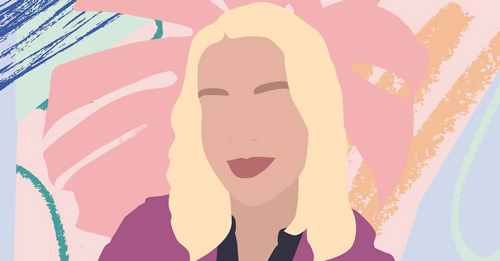 The panic set in when the results of the blood test came back as abnormal. Over the next two weeks, I was referred for urgent ultrasounds, MRI, CT, bloods and a gynaecologist appointment where I was told: “I’m referring you to oncology. It feels like you’re 18-weeks pregnant.”

This was in March when the Coronavirus outbreak was getting serious. There were delays in my scans being reported as the country began to shut down and enter lockdown. Those weeks of not knowing were hell. Did I have cancer? Everything pointed to ‘yes’. Was I going to die?

Then at the end of March I received a phone call: “All the scans suggest it’s benign.” I felt amazing; how silly I’d been to be such a drama queen about all of this! I was told to wait until after the pandemic to have the surgery to remove the mass as I wasn’t a priority. ‘Fine by me,’ I thought.

Except over the next couple of weeks, the lump grew exponentially. My clothes didn’t fit, I couldn’t poo properly, I was up four times in the night to wee, I had to lie down when I ate because it was so uncomfortable, and the pain was unbearable.

“I can’t live like this until the end of COVID,” I told my husband Stu one night. So I packed a bag and headed to A&E on my own. I couldn’t have any visitors, my husband couldn’t come with me to hold my hand before I went into surgery the next day to remove the 14x14cm ‘cyst’ along with my right ovary and tube. They told me they always sent removed masses off to be tested, just to be safe. I wasn’t worried; just relieved that I could finally get back to my normal life.

Five weeks of recovery passed before I headed back to work. I couldn’t wait to get back, to help out during the pandemic and be around my lovely colleagues.

Then towards the end of May, one of the gynaecologists rang me. I chucked the TV on for the boys and headed upstairs for a quick chat.

“The histopathology report has come back with signs of malignancy in the tumour.”

I have no idea how to describe what I felt in that moment except it was like I’d been hit in the face or winded. Just total shock. ‘How do I even walk out this room?’ ‘What do I tell my husband, and our boys?’ ‘Am I going to die? I don’t want to die.’ I needed answers, but I had to wait for more tests to be done to determine what treatment I required.

I can’t remember exactly what happened next, it’s all a bit of a blur. Stu was working in the next room, and I just remember breaking down. “You will be okay,” he said. “We will make a plan and we will get through this. You know your training plan for the marathon that’s up on the fridge? We’ll make a new plan, but this one will be for your treatment, and we’ll just tick it off as we go.” He was very practical; I guess that was his way of coping.

Finally, after being referred to Charing Cross Hospital in London, we had our answers and my treatment plan. I had a rare ovarian cancer called a mixed germ cell tumour. It was Grade C (aggressive cells) but stage 1, meaning it hadn’t spread. I had to self-isolate for two weeks before starting chemotherapy in June.

Figuring out how to tell my boys that mummy has cancer was the most terrifying thing I’ve ever done. We agonised over how to do it, consulted with their pre-school teachers on the phone, read tons of posts online. Until one morning they came into our bed and I just came out with it: “Boys, mummy’s got cancer.”

“Well, you know mummy’s had a bad tummy? Well, turns out that’s cancer in mummy’s tummy, and she needs medicine to make it better.”

The boys looked at us both before just saying: “Okay,” then proceeding to talk about breakfast.

But as the boys were home all the time because of lockdown, they must have overheard conversations, because one of them turned to me later that day and said: “Mummy, are you dying?”

I said that of course I wasn’t dying, but I would be poorly for a while as I travelled up to London and back for my medicine. They were both incredibly resilient. I couldn’t be prouder of them.

Because of the virus, I couldn’t take anyone with me while I had my treatment. They also didn’t want anybody to be in the hospital for long periods of time so I was given my five-days’ worth of chemotherapy in one go, on an infusion pump over a course of 14 hours. I needed four rounds of this. Each time, my husband would drop me at the hospital door, telling me: “You’ve got this”.

The chemo knocked me for six, I was completely wiped out. I felt like an 80-year-old woman. I didn’t suffer too badly with sickness but the migraines were excruciating. I was lucky in the sense that I didn’t lose all my hair either; it just thinned.

But each time, I’d show up for my treatment in an outfit I felt comfortable yet confident in, and I’d always put make-up on. It was basically power dressing for chemo. My way of feeling ready to face it all.

Throughout treatment, I just kept telling myself I had to get better; I had to get better for my boys. The goal I kept repeating to myself in hospital was to be able to take them for their first day of school in September, I would keep the image of dropping them off at the school gates stuck in my mind and hold on to it. I promised myself I’d get there. I had to.

Before my final round, my tumour markers were already looking good and almost back to normal. I felt amazing; I knew it was working. Two weeks later, I went for the MRI and bloods which would tell me if I there was any cancer left.

The doctor rang me on the way home. “I just wanted to let you know we’ve had the results back already. And you can pour yourself a glass of wine.”

I really can’t put that feeling of relief into words. It was overwhelming, an enormous wave of emotions flooding you all at once.

It’s been 13 weeks since my last treatment and I’m no longer taking any regular medication. I feel pretty good, my hair is still thinning in places, but it’s growing back too. I’m still knackered, but I don’t need to sleep in the afternoon anymore. I’m still experiencing mild menopause symptoms but I’m hopeful that my remaining ovary will start recovering and my hormones will balance out. I’m still adjusting mentally to going through cancer at 31 during a global pandemic. Sometimes I feel happy, sometimes sad and angry and everything in-between. I’m getting there though, and that’s the main thing.

But more than anything, I’m just enjoying getting my life back, albeit in a new, socially-distanced way. My friends threw me a surprise ‘Toria Beat Cancer’ party which was amazing, and I’ve been going for walks with my mum, dad and sister, and of course spending time with my little family.

And on 2nd September, I dropped my two wonderful boys off for their first day at school. Just like I promised myself I would.

Research suggests that as many as 90% of women don’t know the four main symptoms of ovarian cancer. According to cancer.org, the most common symptoms are: 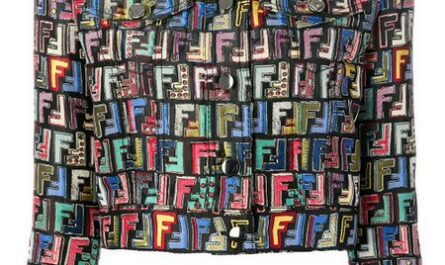 Everyone will be following the ‘veto wellness plan’ in 2021, here’s exactly how to get involved…

This is how sugar can impact your fertility