Having worked as a perfumer for somewhere between 15-20 years (a lady never tells), Daphne Bugey, has quite the repertoire of famous fragrances she’s worked on.

From Valentino Valentina Pink, to Le Labo’s Rose 31, and the iconic Jean Paul Gaultier Scandal, which now, has a newly released alter-ego: Scandal by Night.

If you’ve ever thought about following your nose into a fragrance career yourself, here, Daphne talks about how her career started and the crazy-thinking that goes into every scent.

Pretty impressive, huh? And that’s just the tip of the iceberg.

Daphne first became fascinated by fragrances at the age of 10 (yes, really!). But the real lightbulb moment came a few years later when her parents took her on a trip to Grasse in the South of France. Aka the world’s capital of perfume.

“My parents were not in the fragrance industry”, says Daphne. “But they took me here and we visited the International Museum of Perfume.”

“At the end of the visit they told us about the job of a perfumer, and at this time there was only one school in the world that taught it, but your family had to be in the industry to attend.”

If your family were not perfumers, Daphne says you needed to study chemistry.

“I really didn’t like chemistry, but I knew from that day that I wanted to be a perfumer, so I studied chemistry in order to get into perfume school.”

Daphne then went on to study at ISIPCA in Paris, a French post-graduate perfume school that was founded by Jean-Jacques Guerlain in 1970.

Daphne grew up in Geneva, but her work as a perfumer has taken her all over the world.

Working for Swiss company, Firmenich, since 1997, Daphne says she lived in New Jersey (US) and Paris, before taking a year-long sabbatical to travel the world, and then returning to find her current home in Lisbon, Portugal.

And while it seems the career choice doesn’t necessarily mean you’re tied to a destination, creating a perfume does take quite the level of commitment.

“It took us three whole years to make Jean Paul Gaultier’s Scandal”, says Daphne. “In comparison, Scandal By Night was quite quick as it only took one year.”

The best spas in the world for far-flung luxury

The secrets behind Scandal By Night

Having worked on the original Scandal, Daphne says the first fragrance was to embody the story of Madame La Ministre.

“Madame La Ministre, has a double-life where she is Madame in the day but a crazy party-goer at night”, says Daphne.

So for the second fragrance, they wanted to create a scent that represented the crazy nighttime Madame. “Her other personality to the first.”

“Honey can almost be disturbing; it’s very animalistic and sexy”, says Daphne. “For me, that was the interesting ingredient and also very challenging.”

But finding the right honey, and combining with other notes like tuberose, Daphne says they strike the balance and create a smell that’s, well, quite scandalous.

The best new perfumes of 2018 for women

Three women tell us how their religion affects their hair…

Brow laminating is the new treatment that promises brushed up, defined brows 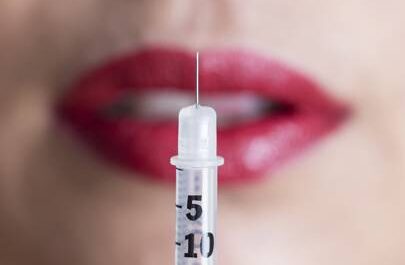