Ever Wonder How Many Vegetarians and Vegans Go Back to Eating Meat?

Making the decision to go vegan or vegetarian has plenty of perks for your health and the planet. Still, it can be a tough switch to make, especially for Australians and Americans, who eat more meat per capita than any other people on Earth. The switch is one thing, but according to a new study from the Humane Research Council, sticking with it is even tougher.

The study, which analyzed a representative sample of 11,000 U.S. participants 17 and older, found that 84 percent of people who have adopted vegetarianism or veganism at some point in their lives have gone back to eating meat.

A bit less than one in five vegans and vegetarians maintain their diet. (Maintaining the diet often involves adopting these 4 Meat Alternatives for Vegetarians.)

But the research went a bit further, digging into the rationale behind the diet drop. The researchers posit that some of the drop might be due to a lack of a gradual transition into the diet; 65 percent of former vegetarians and vegans said they made the transition abruptly, over a few days or weeks. For current vegetarians or vegans, only 53 percent transitioned that quickly. (Here are 3 Vegetarian Myths Put to the Test!)

The current vegetarians and vegans have different motivations than the former, however. Most (58 percent) in the former group cited just only health as the main motivator, while most in the current group named several factors, including personal health, animal welfare, and environmentalism. 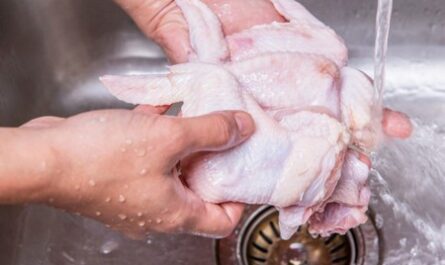 Here’s Why You Should Never Wash Chicken Before Cooking It

Fibre Is Good for Us, But Scientists Haven’t Known Why Until Now