To create the realistic-looking lashes, she starts by drawing small hair-like strokes on her lid with a liquid eyeliner.

She likes using the Missha Ultra Powerproof Liquid Eyeliner, but we think Urban Decay’s Perversion Waterproof Fine-Point Eye Pen and Benefit’s Roller Liner Liquid Eyeliner would also be great options. After drawing those initial strokes, she allows the liner to dry before going back in to fill in any holes. Then, she adds a thin line at the base of her lashes, almost as if she’s starting to create a cat eye. To finish, she curls her natural lashes and adds some mascara (try the affordable Maybelline Falsies Lash Lift Mascara).

Lockdown restrictions in certain parts of the country began to ease by late summer, allowing some folks to return to their usual activities like getting a haircut or dining with friends. But not everyone has felt comfortable going in person to receive beauty treatments that were initially put on pause due to the pandemic.

Without professionals readily at our disposal, those of us who did not study cosmetology have been coming up with innovative beauty hacks, many of which you can find on TikTok. Some are so clever and easy to do, we’re watching them on repeat. 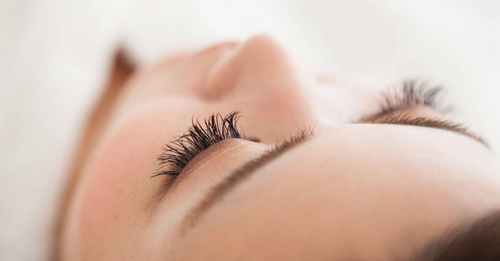 After going without her regular lash extension appointments, Madeline Park, also known on TikTok as @CafeMaddy, discovered a quick fix to create the illusion of falsies: Instead of applying actual lashes, she just draws them in with eyeliner. “I started doing this when everything closed down in New York because of the pandemic,” she says in a voiceover at the beginning of her video. “And even if they open back up I was like, ‘I’m not going to risk my life trying to get my lashes done.'” Amen to that!

The completed look gives CafeMaddy the appearance of natural-looking, fluttery lashes, especially from a distance. Despite the ingenuity, Park does note in the video that she’s not sure if this hack would work on people who don’t have monolids. But for those with monolids who struggle with applying falsies or just want a quick fix, congratulations – you’ve just found a way to create lashes in seconds. 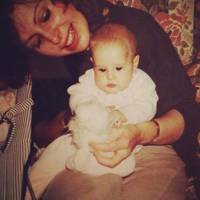 Noughties perfumes have a primal connection for Millennials

Skincare collection, plus her beauty hacks behind that enviable glow