When I first started working at Allure two years ago, one of the first products I ever reviewed was the inaugural product from Dr. Jart+’s Cicapair line: the Tiger Grass Color Correcting Treatment.

I was mystified by the way the spotlight ingredient, cica, calmed down my natural redness. I’d never heard of it before, but I wanted more of it. The line has since grown to include serums, a moisturiser, and a mask. As it has expanded, the mysterious ingredient is no longer known to just those who are obsessed with Dr. Jart+’s cica-infused offerings.

In the past year, cica has made appearances in almost every other Korean skin-care launch, and it’s even making its way into western products. Charlotte Cho, an aesthetician and co-founder of K-beauty e-retailer Soko Glam, has a theory on why cica is sweeping skin-care ingredients lists: “Sensitive skin is a very common skin type in Korea due to high pollution levels,” she tells Allure.

“As a result, sensitive-skin friendly ingredients, such as cica, are frequently seen in Korean beauty products to calm inflammation, redness, and irritated skin.” 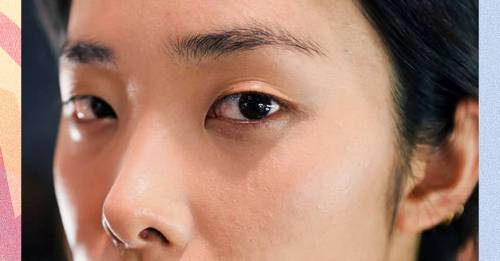 Many will tell you, including Cho, that cica isn’t a new ingredient that was just discovered by cosmetic chemists. Instead, it’s been a staple in traditional Chinese medicine for centuries. However, recent studies have analyzed its cosmetic benefits, sparking further interest in the ingredient, says Shari Marchbein, a dermatologist and clinical assistant professor of dermatology at New York University School of Medicine. “We’re always looking for ways to help give us the best skin possible – whether it be vitamin C, hyaluronic acid, stem cells, or peptides,” she adds.

Before I dive into what the cosmetic benefits of cica are, let’s find out more about the origins of skin care’s ingredient of the moment.

What exactly is cica?

Cica is actually a nickname for its scientific name: centella asiatica. However, cosmetic chemist Perry Romanowski notes that the ingredient is also referred to as gotu kola, Indian Pennywort, and tiger grass. The latter, in particular, comes from what inspired the widespread use of cica on skin. “This plant is known in Asia as what tigers rub on their wounds to help their skin regenerate,” Yoon explains.

As mentioned, the leafy green herb has been used for centuries to treat wounds. But cica isn’t just an old wive’s tale. Science backs its efficacy. “In a 2012 study, researchers found that centella asiatica extract facilitates the healing of incisions and burns,” Cho cites. With that in mind, it was only a matter of time before the powers of cica were incorporated into skin-care products.

How does cica help skin?

The skin-care benefits of cica are about as numerous as the sheet mask options available these days. No matter what your skin type or biggest concerns are, cica could probably assist you in some way. “Cica is believed to soothe and repair irritated skin,” says Ellen Marmur, a New York City-based dermatologist. This includes treating acne and calming sensitive skin. However, that’s just a small fraction of how cica could boost your skin-care routine.

Cica’s myriad benefits are based on its chemical composition. “In particular, it’s chock-full of amino acids, beta-carotene, fatty acids, and phytochemicals, including vitamins C, A, B1, and B2,” says Marchbein.

What do all these do? Well, together they can help stimulate collagen production because they are “packed with antioxidants, which give skin an antimicrobial boost and provide anti-inflammatory benefits,” says Alicia Yoon, founder and CEO of Peach Lily. “So, if you’re looking to firm, repair, or soothe skin, or even combat breakouts, this ingredient can be helpful.” Count me all the way in.

Romanowski backs up the firming claims, pointing out that cica can help improve the appearance of wrinkles and age spots. Marchbein takes it one step further and adds that cica can fight premature again by protecting against external sources of skin damage, such as pollution.

If dryness and dullness are your biggest skin qualms, cica is here for those issues, too. Marchbein says cica not only helps brighten skin, but also increases hydration in the top layer. “Cica boosts circulation and blood flow to the skin, decreases moisture loss, and aids in cellular repair,” she adds. “Skin, therefore, appears more hydrated and less inflamed.” Basically, you can skip filters in favor of cica-spiked products.

These K-beauty boxes are a skincare lover’s dream

Which products do the professionals recommend?

With cica popping up in serums, masks, and more, Romanowski advises looking for products that are designed to be left on skin. “You likely won’t get any benefit from it from a rinse-off product,” he says. That said, look for cica in sheet masks, serums, and moisturisers.

If you have sensitive skin, Cho has some K-beauty suggestions for you. The Neogen Dermalogy Real Cica Pad is a gentle exfoliant that will get your skin glowing without making any added redness. SkinRx Lab MadeCera Cream, on the other hand, will calm your skin while hydrating it.

Dry skin? Marchbein suggests the La Roche-Posay Cicaplast Baume B5 and Bioderma Cicabio Crème for nourishing flaky patches. Just be sure to layer on sunscreen after you apply them on in the morning, she adds.

For those with acne, I’m a fan of the Rael Fresh Forward Sheet Mask, which helps zap zits.

If fine lines and wrinkles are what you’re targeting, try Marchbein’s favorite, the L’Oréal Paris Revitalift Cicacream Anti-Wrinkle + Skin Barrier Repair. It also contains retinol, so save if for your nighttime skin-care routine.

Want to hit all the bases? The Original Glow Sheet Mask Set from Yoon’s new Peach Lily in-house line is meant to do a “do-it-all mask,” so, of course, it’s formulated with cica, too, due to its ability to help stimulate collagen production, reduce redness, and provide antimicrobial benefits. You can also find cica in the sold-out Super Reboot Resurfacing Mask. Yoon was sure to include it in the mask’s formula because cica helps sooth skin and “quell inflammation, which is key to using a potent AHA and BHA resurfacing mask so that skin isn’t left irritated,” she explains. 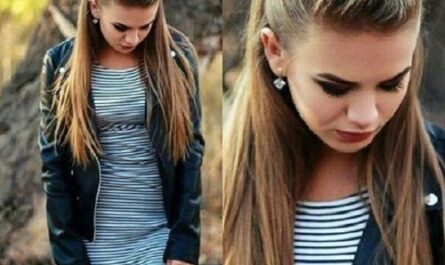 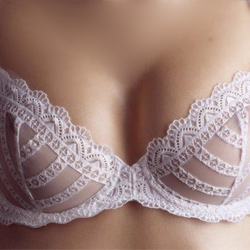 Bra, bra and once again bra!