As lockdown started we knew that the number of domestic abuse cases was going to go up. We looked at what was happening in other countries. Many had reported that they’d seen an increase of between 20 and 30 percent of calls to helplines and police. Whilst we didn’t see that straight away in reports to police in London, we were seeing that in the number of calls to helplines. (Figures from Refuge show that in the initial stages of lockdown calls to their services went up by 50%. The latest figures show there’s recently been a further increase with the number contacting their helpline up by 66% weekly and visits to their Helpline website now stands at more than 950% compared to pre Covid-19.)
After being stalked for over 12 years I knew I wanted to help other women like myself, who’d been going through the police and criminal justice system year-in-year-out. It was a difficult and traumatic experience. Because I’ve gone through it first hand I’ve an incredible insight and understanding into how the system works from the perspective of a victim. All the gaps, failings and issues. Sadly their experience is similar to my own. This gives me a drive and passion for what I do and the way I do it. I push and push for change. I don’t give up. I was appointed Victims Commissioner in 2017 by the Mayor of London Sadiq Khan but my role is not political. I’m independent. I hear the most harrowing stories

I’m currently working from home and feel fortunate to have a space and a garden. I can’t even begin to imagine what those living in abusive homes are going through right now. A few weeks into lockdown the women’s refuges were telling us that they were close to capacity because they couldn’t move people on to follow up accommodation. With more staying in refuges there were not a lot of beds available. It’s been really important to get everything set up to make sure that when someone calls a helpline there’s somewhere safe to go and the support services are wrapped around that secure accommodation.

It’s not just as simple as finding a place. We needed to ensure the property was safe and secure. 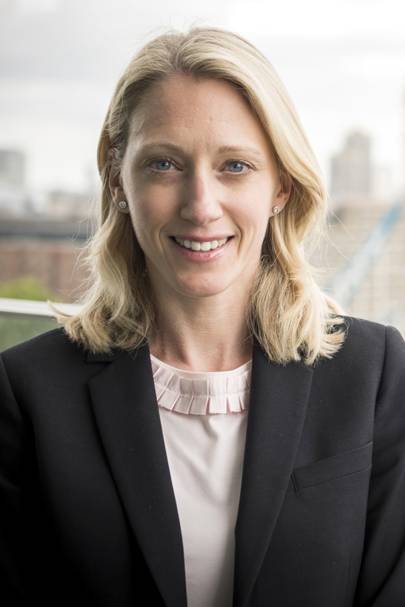 Getting that new accommodation up and running has been my number one priority during lockdown. It’s been a huge piece of work and was a real race against time. After 6 weeks of pushing, we finally got off the ground and the Mayor pledged an additional £1.5 million in funding, which is fantastic. We had no shortage of property coming forward. We actually had an outpouring from landlords and property owners letting us know that they had units available. What we needed to ensure was that the property was safe and secure for victims to use. It’s not just as simple as finding a place and that’s it. It takes a lot of safeguarding of those sites. The safety of survivors is the key consideration. So we had to work with partners and the police to make sure that the accommodation was secure and linked into the support services.

The police have been very good. The Met are doing so much to show that they are prioritising this area. There are posters up in supermarkets and retailers letting people know that services are open. Media campaigns saying ‘we are still here’. We’ve also been pushing the silent solution initiative. If you’re ringing from home and it’s not safe to speak there is a silent solution which allows you to cough and tap the handset and then you press 55 and you get through to the Met Police or your local police force.

Another area that I’m doing a big piece of work on is in the prosecution of rape cases. After doing consultations with women and girls subjected to violence it became really clear to me that survivors were not able to get justice. They were really struggling to access support they needed to try to rebuild their lives after such a traumatic crime. In 2019 I worked on the London Rape Review to try to understand why so few cases were going through. What were the barriers and challenges? That was published last summer with a number of critical recommendations for the government, police, CPS and judiciary. We need to make drastic improvements and have a real overhaul on that way victims of rape are treated and how cases are investigated and prosecuted because conviction rates are at an all time low.

It’s a privilege to be in this job. I hear the most harrowing stories.

We know as a result of the pandemic that there will be a bigger backlog of rape cases. Unfortunately, for rape victims and survivors if you’re waiting for trial it takes up to three years to get to court. The problem is the longer the delay, the more likely that cases will be withdrawn. And when the courts resume once lockdown is eased, it will struggle to deal with all of these cases. This is an area of big concern. There is a real pressure on the courts. The police have assured us that investigations will continue and support services are operating with opening times extended. It just isn’t face-to-face.

I also have huge concerns around recovery. Lockdown may ease over the next month. How will we get victims back into the justice system so that they can recover? The agencies and front line organisations have responded so brilliantly and so quickly in the way they’ve changed their service model to ensure their support lines are available for longer hours. But it will undoubtedly have an impact as there will be victims who’ll have been having face-to-face therapeutic services and counselling which may not have been able to continue for their recovery.

Here’s how to jump on board the self-care trend

Here’s how to throw the ultimate virtual hen party