If you’re a user of fake tan, you’ll be a slave to how life-changing it can be to have a year-round bronze glow without even having to go outside. If you’re a fake tan user, you’ll also know how easy it is to mess up. And once you mess up, it’s pretty damn hard to recover from it.

No one learnt this lesson quite like one Jules Von Hep fan. The Isle of Paradise tan founder shared an Instagram photo of a very bizarre half-tanned foot and it turns out there’s quite a hilarious story behind it.

The victim of the tanning disaster poignantly wrote on the photo: “I was using a sock as a temp tanning mitt and forgot and put that one on at 5 AM going to the gym…”

Oh, we can already see where this all went wrong.

Sweaty feet, old tanner and socks are not a good combo. We’re glad the girl could see the funny side though, and luckily she had Isle of Paradise’s Tan Eraser to hand to clear up the…well, mess.

At least not too many people had to see it…

This comes shortly after another gym-related fake tan disaster when Eve Mallon, from Falkirk, Scotland, attempted to multi-task by applying her fake tan before she exercised. 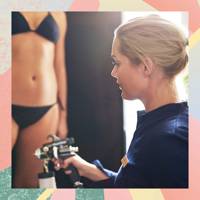 But anyone who’s ever had a spray tan will know that you need to wear loose clothing and try to avoid sweating until your tan has had time to develop (check our handy guide on how to apply fake tan).

So exercise, tight leggings and tan are clearly a terrible combination and after her session, she ended up branded with the logo of her bottoms on her leg.

She shared a snap of the ordeal on Twitter showing off her new “leg tattoo”, which clearly showed ADIDAS branded on her.

She commented: “That’s the last time I work out with tan on btw ahahah.”

The tweet has since gone viral, winning over 48,000 likes, nearly 6,000 retweets, and almost 300 comments and has resurfaced as others share their own fake tan disasters.

Eve responded cheekily asking: “Soooo, does this mean I get free stuff?”

Of course, anyone who has ever fake tanned before knows how easy it is to have a tanning disaster.

Looking for a deliciously golden glow but after something a little different? Here are our reviews on the best fake tans, best gradual tans, best tan for pale skin, bronzers, fake tans for your face and in-salon spray tans. Plus (we’re spoiling you), our top tanning tips to make sure your fake tan looks the best it can be.

The Best And Worst Dressed Celebrities, At The 2019 Grammys 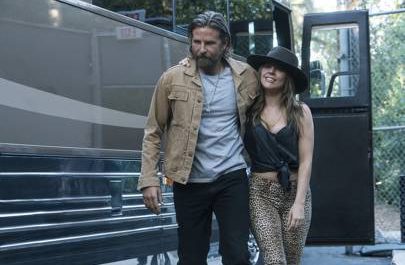